The world’s first LEED Platinum convention center, Vancouver Convention Centre West fully integrates the urban ecosystem at the intersection of a vibrant downtown core and one of the most spectacular natural ecosystems in North America. The culmination of two decades of planning and redevelopment for its waterfront neighborhood, the project weaves together architecture, interior architecture, and urban design in a unified whole that functions literally as a living part of both the city and the harbor.

The extensive and complex program encompasses at once a single building and a new urban district. Occupying a former brownfield site on the downtown waterfront, the development is approximately 14 acres on land and 8 acres over water, with 1 million square feet of convention space, 90,000 square feet of retail space, 450 parking stalls, and 400,000 square feet of walkways, bikeways, public open space, and plazas. The public realm extends through and around the site including a waterfront promenade featuring restaurants, retail storefronts, and public art, while infrastructure for future development extends into the water.

The architectural approach creates a community experience that is simultaneously a building, an urban plaza, a park, and an ecosystem. The convention center program emphasizes spaces for both public and private events, gatherings, and circulation, mixing the energy of convention visitors with the life of the city. The building’s landforms fold in specific ways to embrace the downtown street grid and preserve view corridors out to the water. 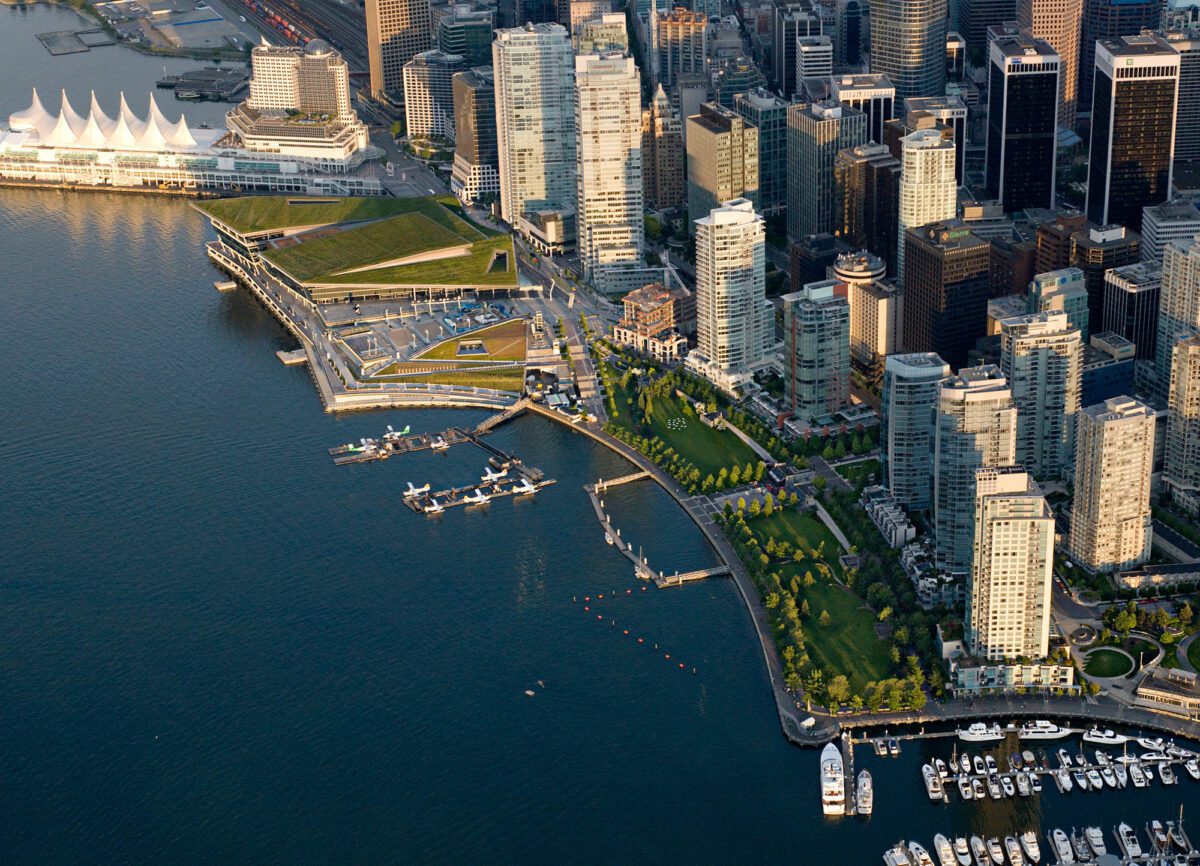 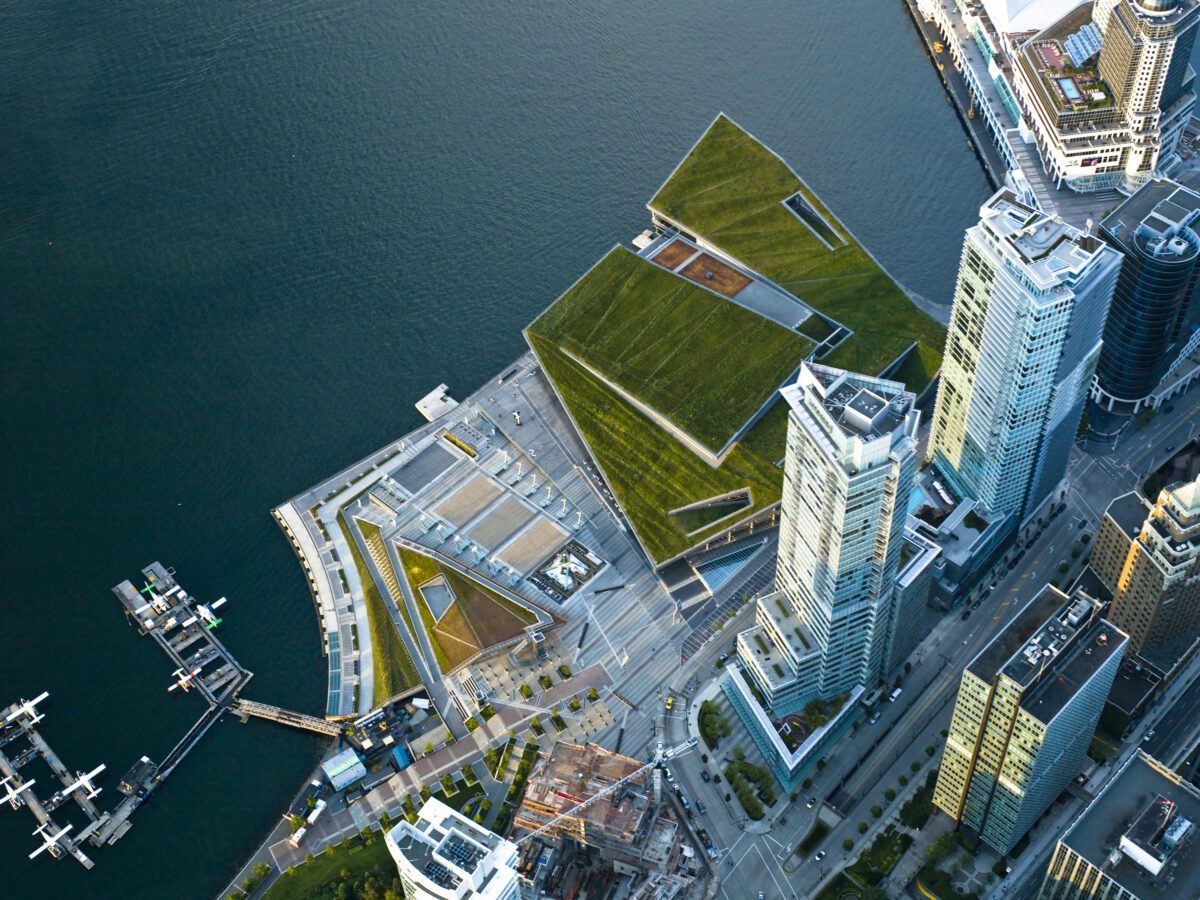 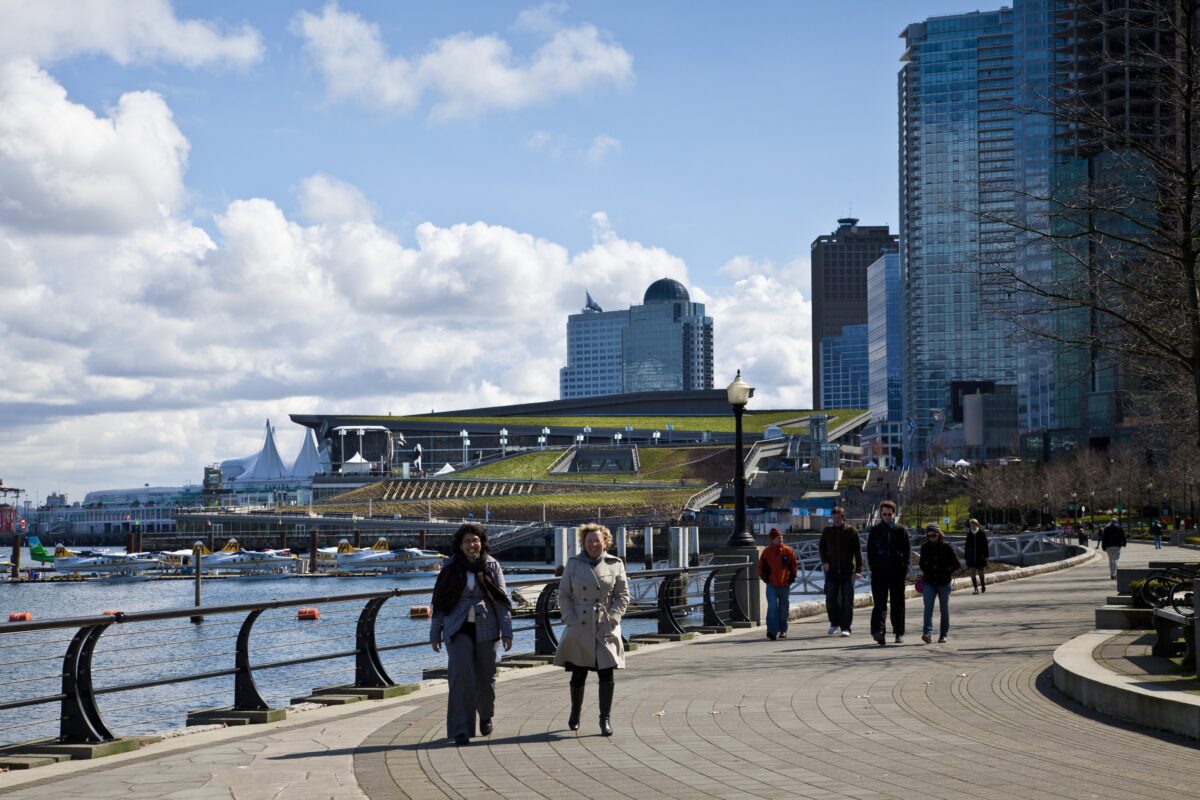 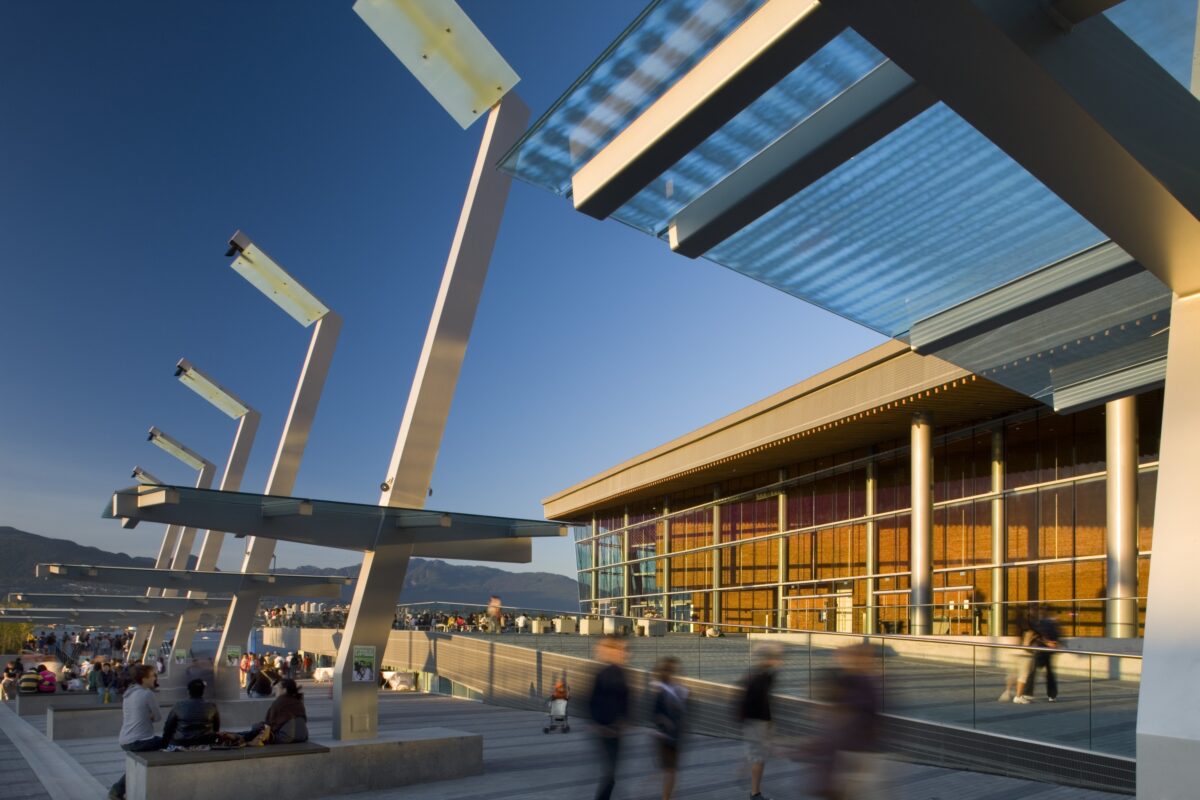 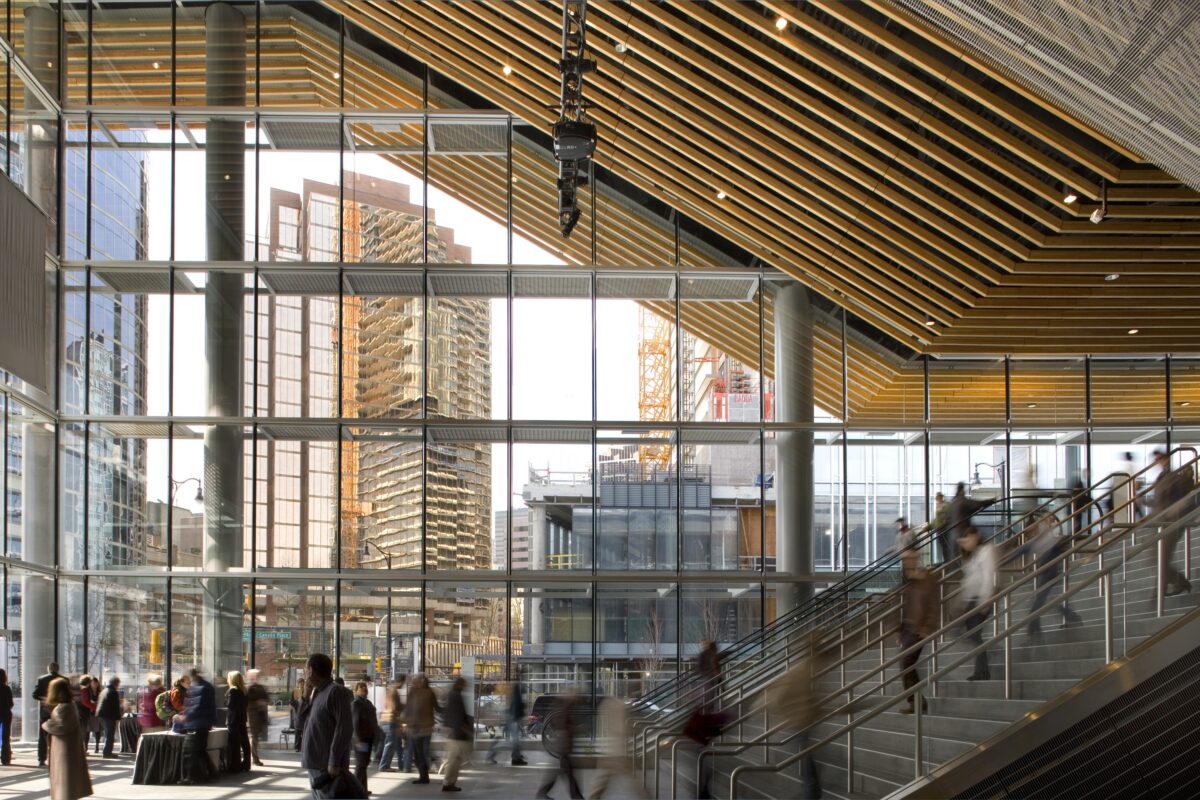 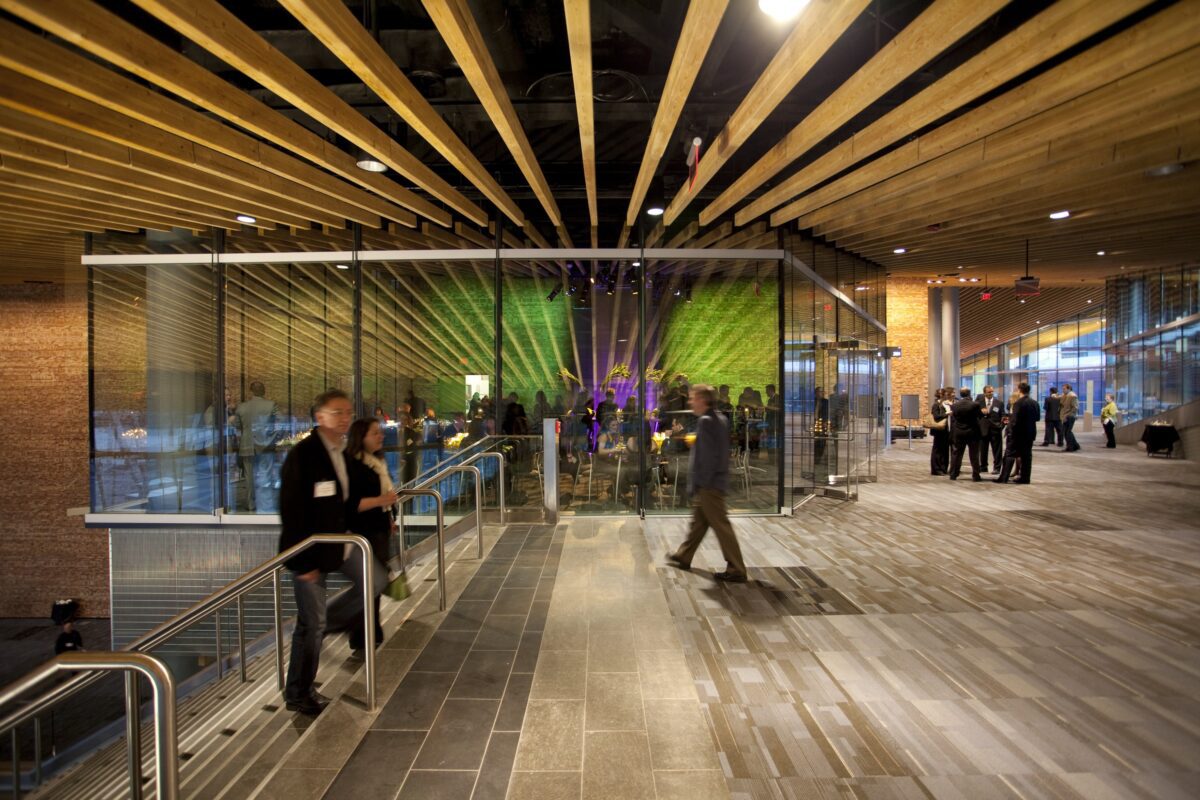 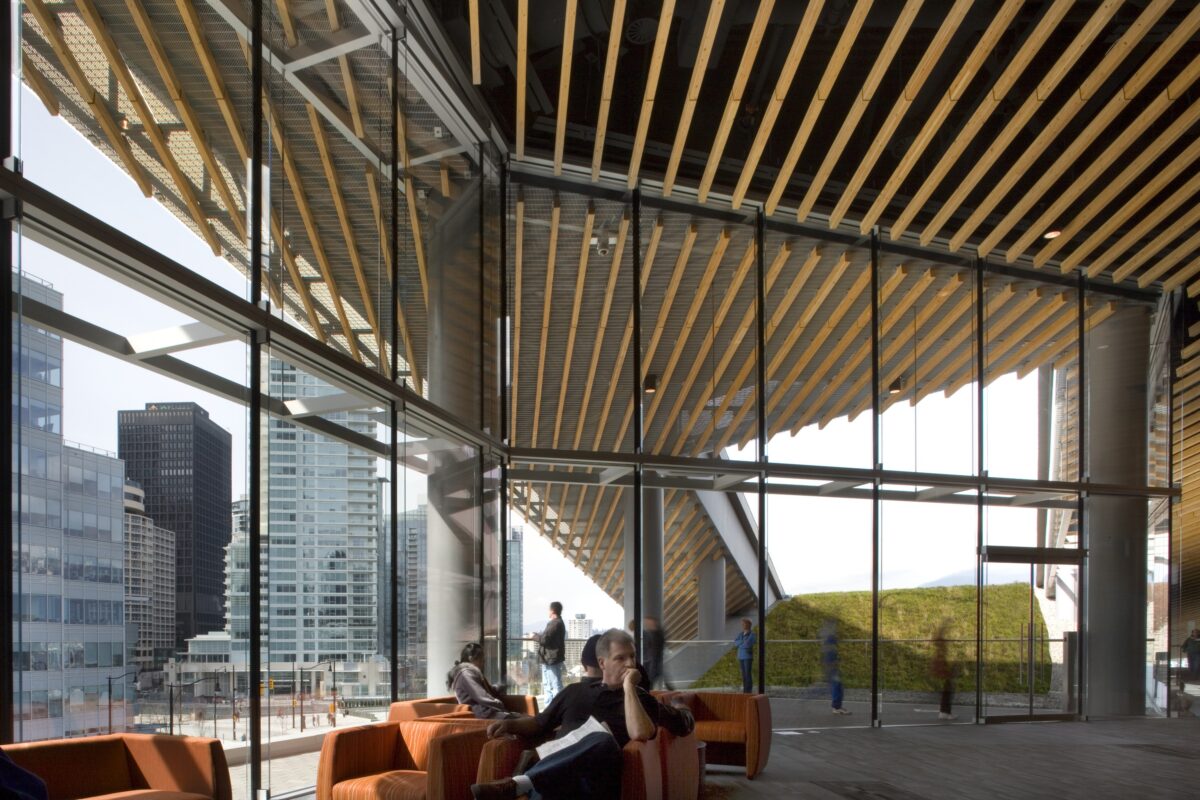 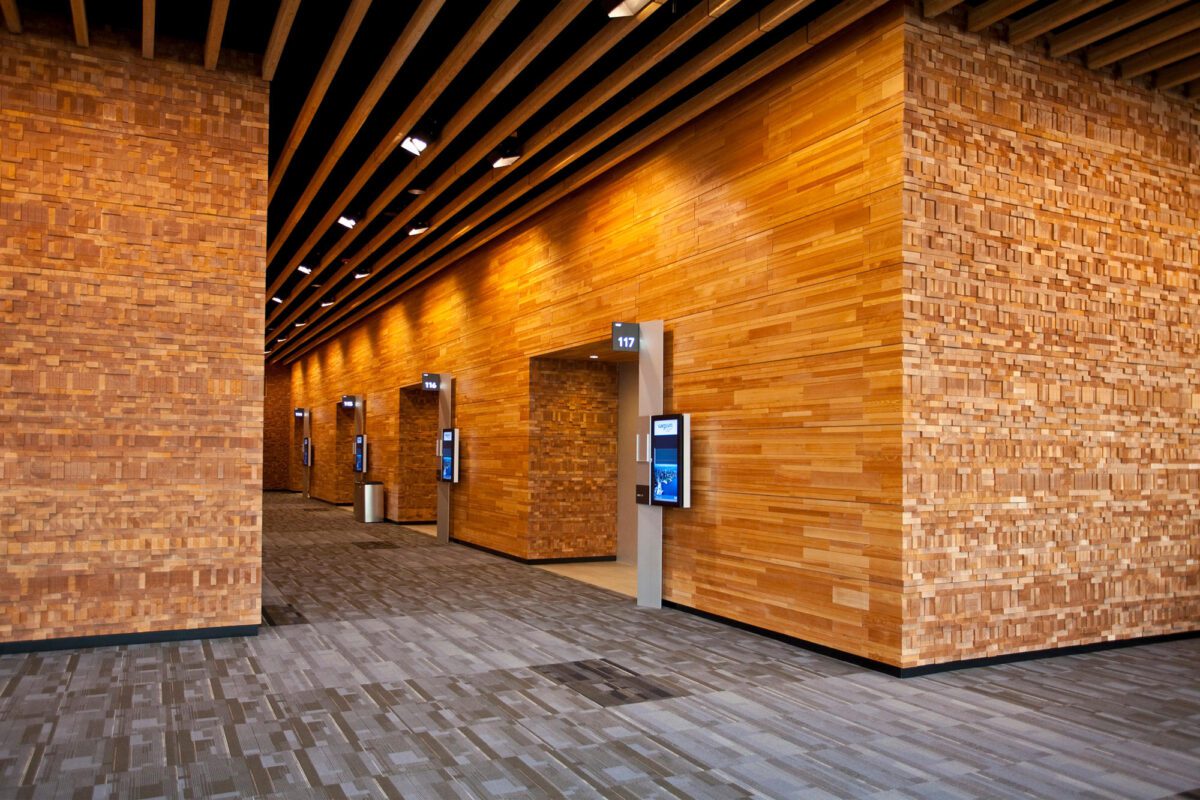 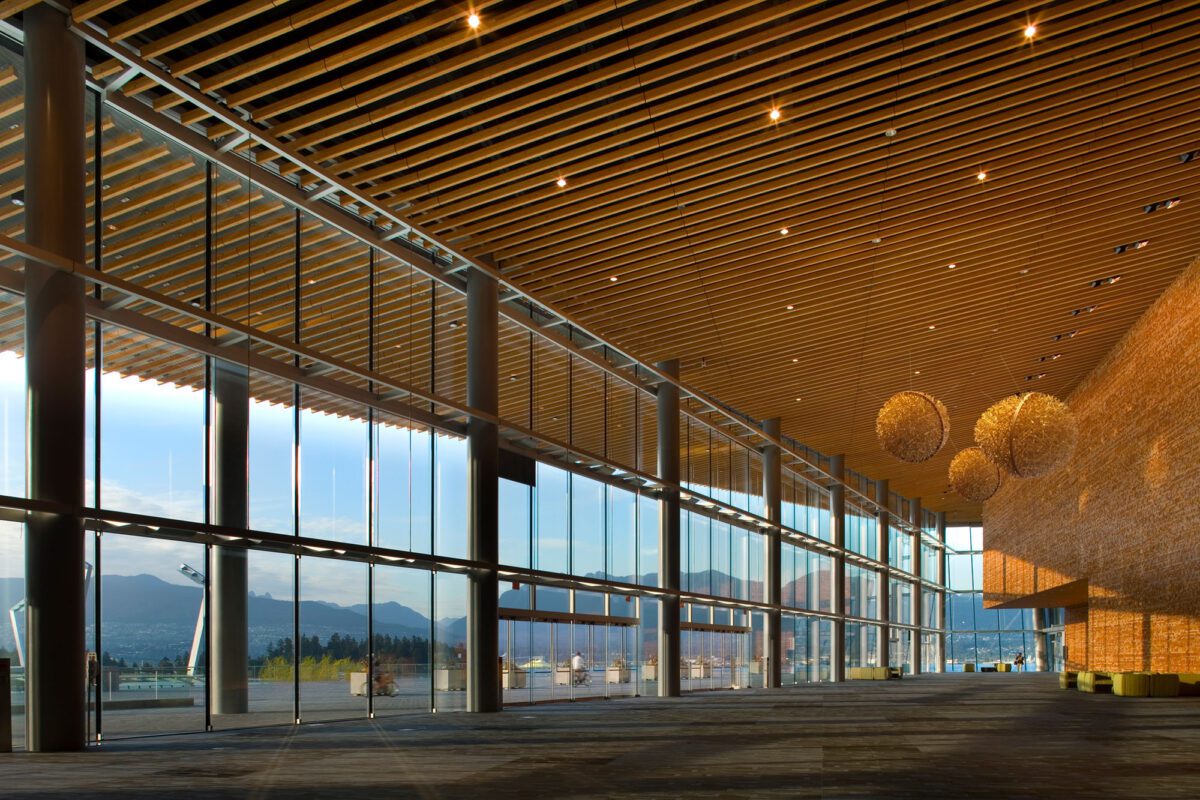 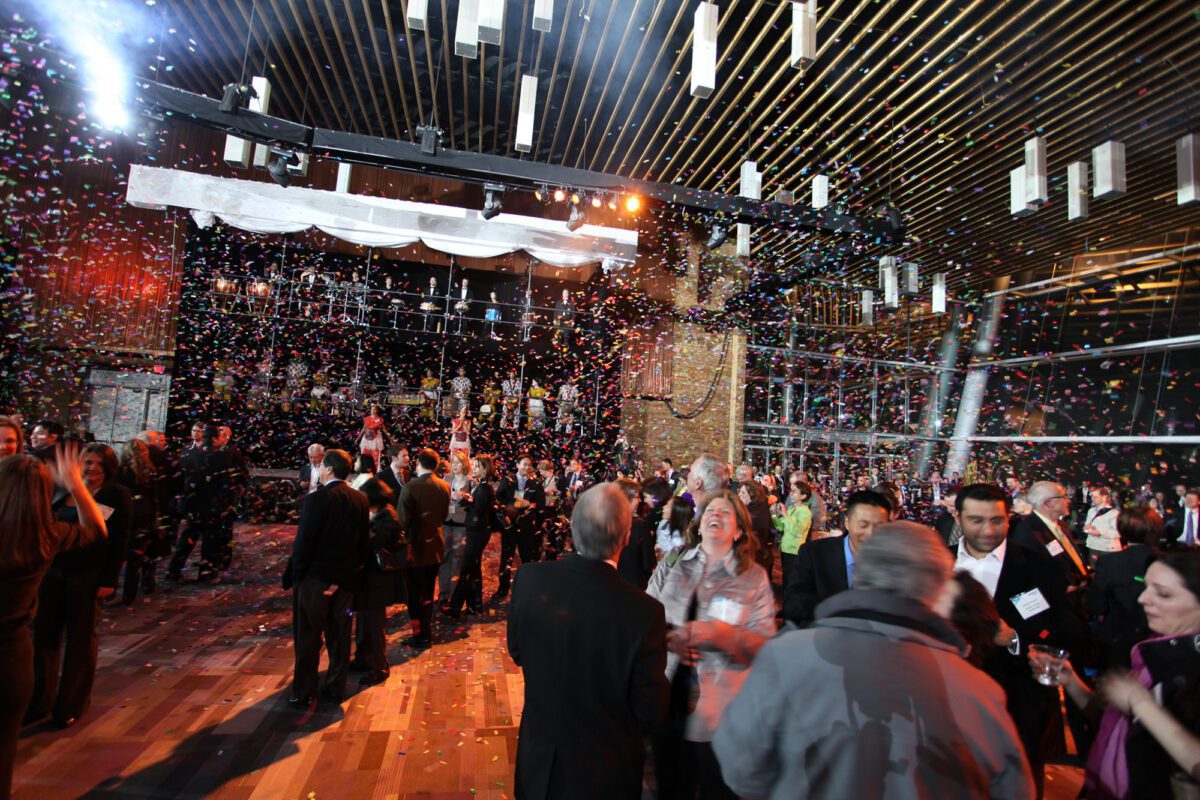 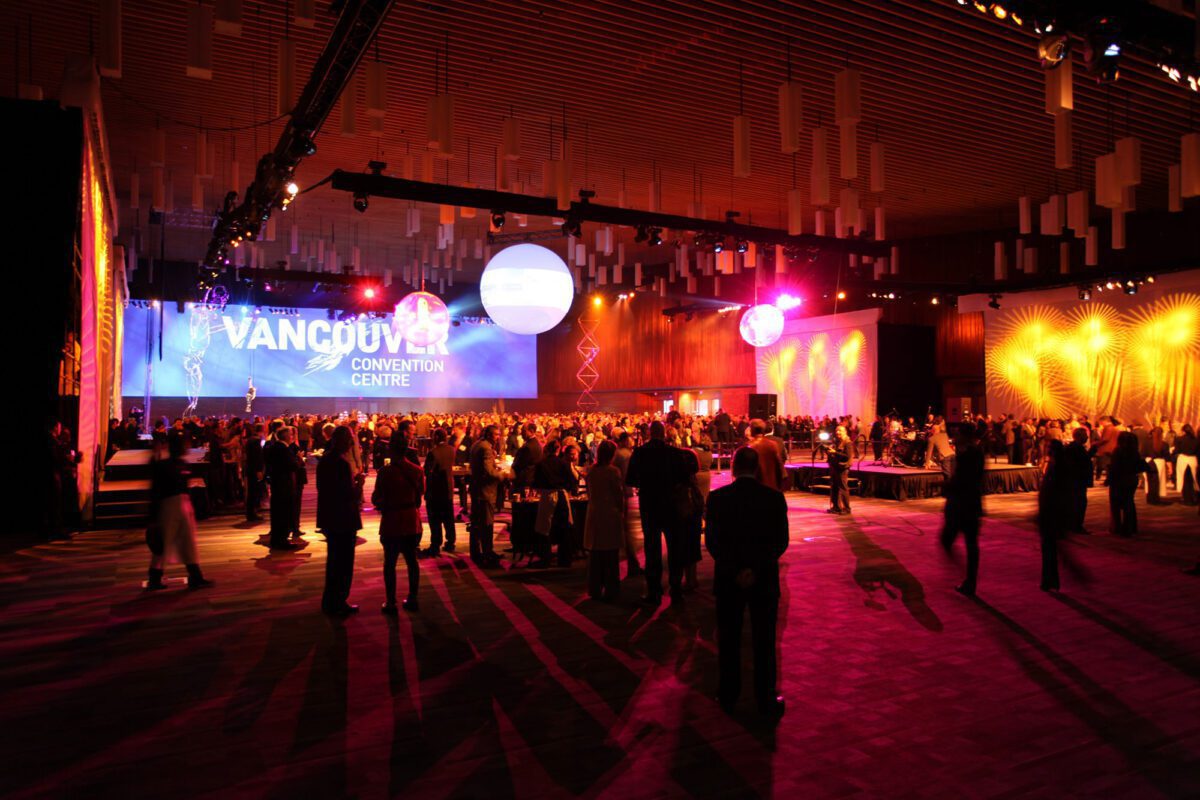 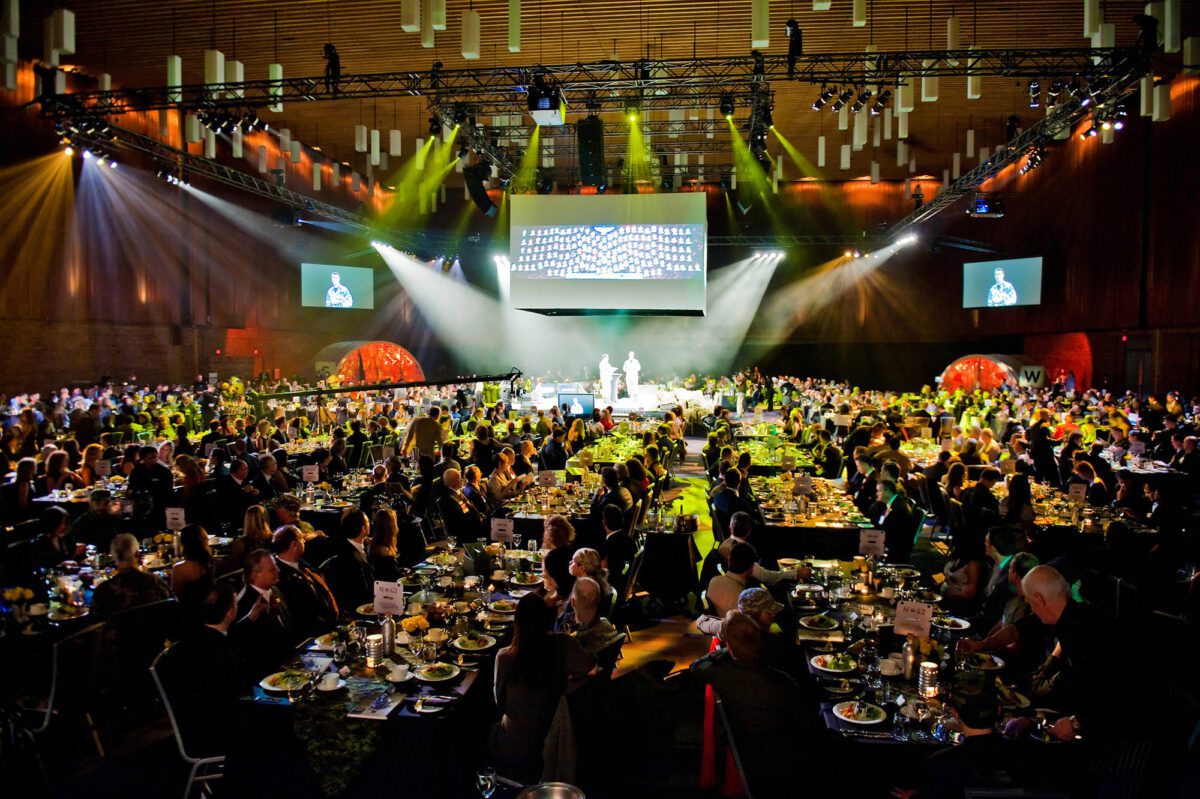 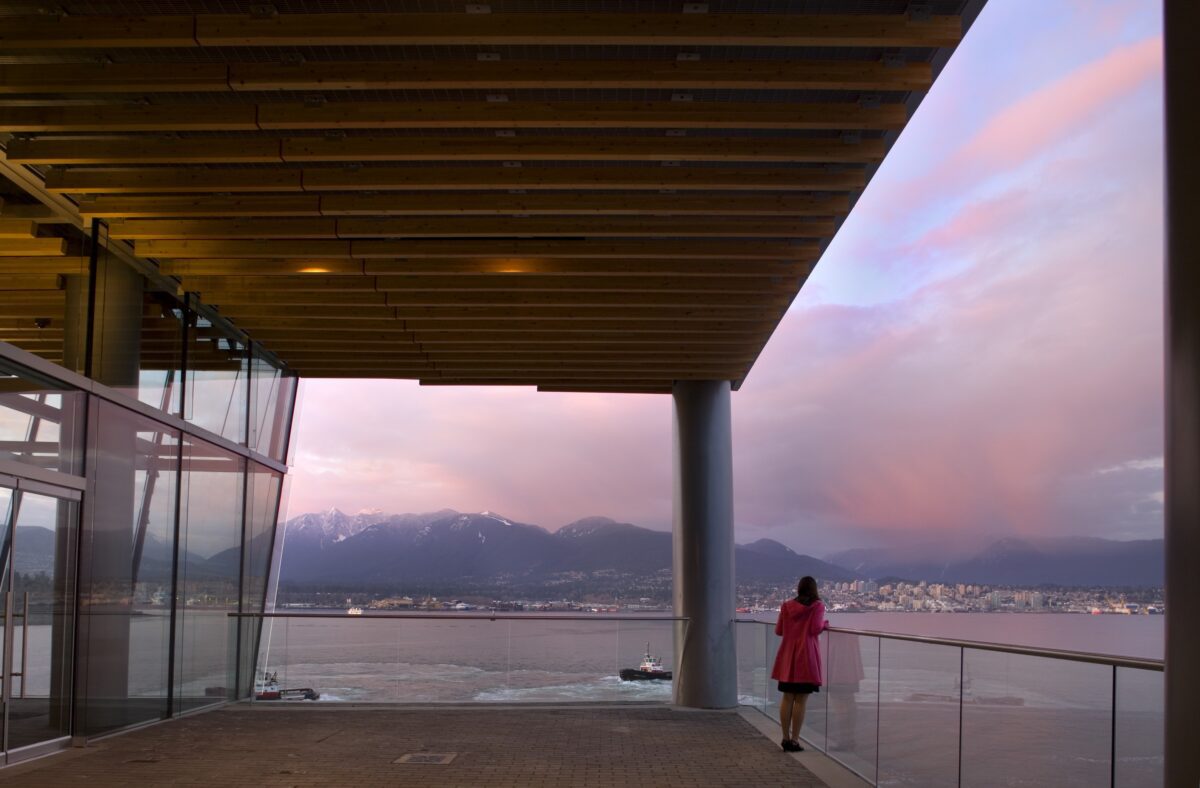 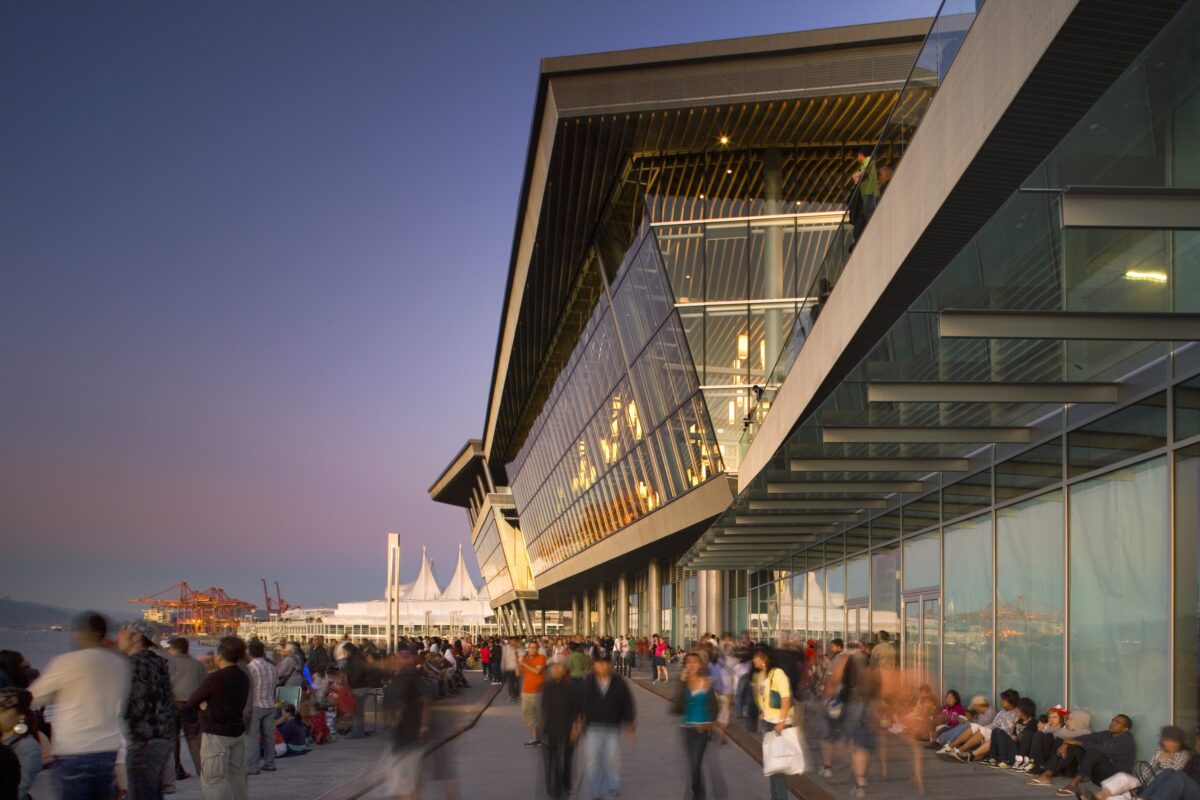 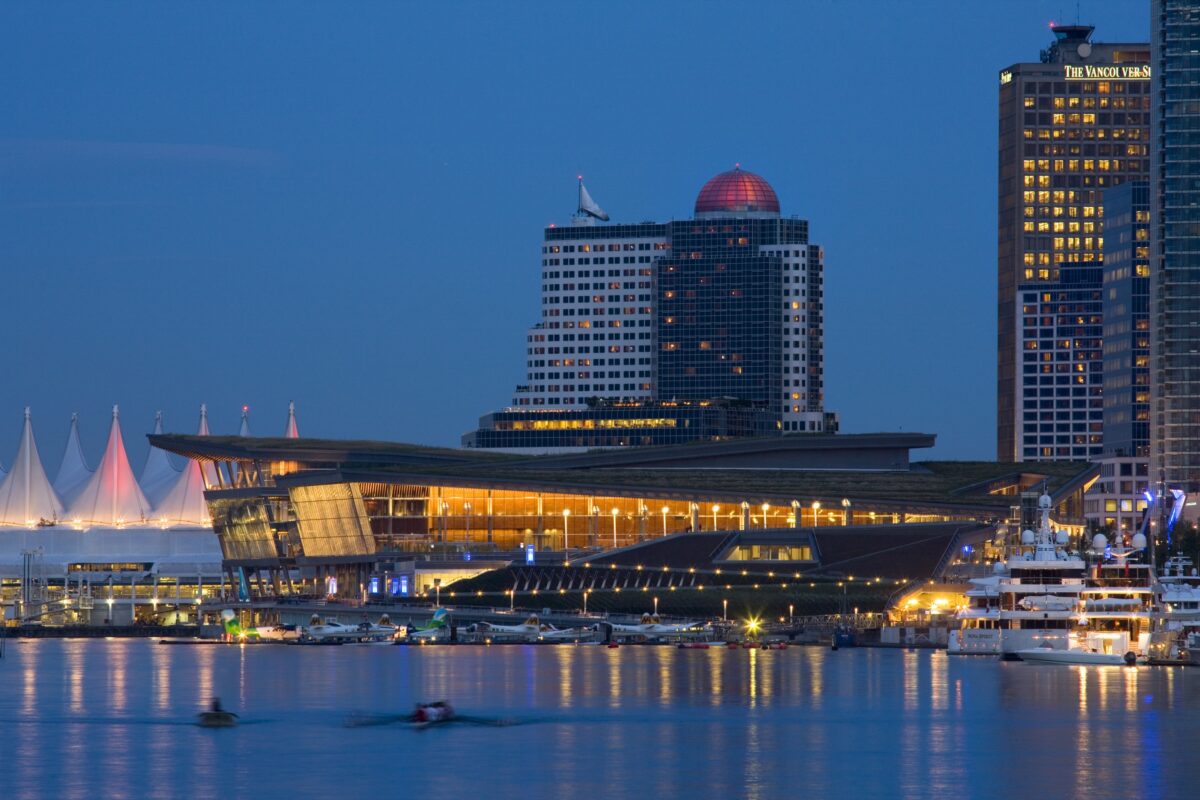 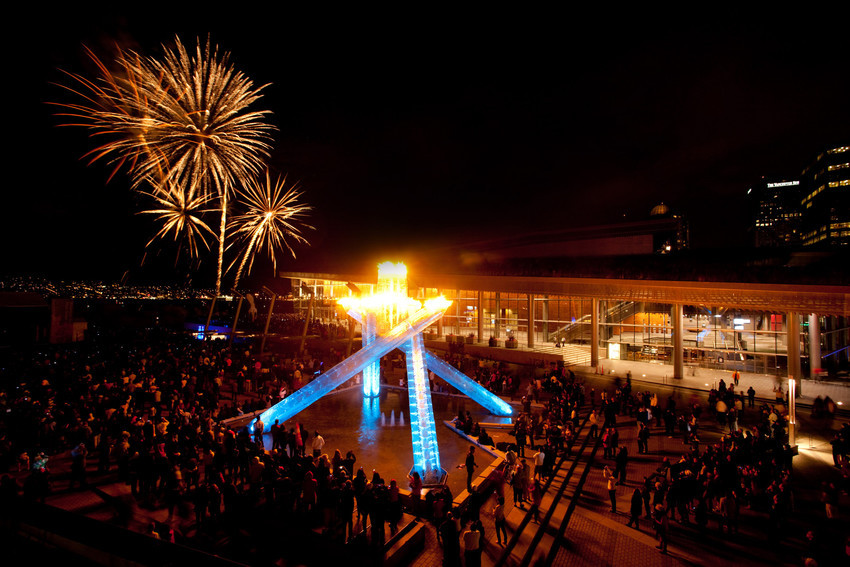 The most visible evidence of the project’s deep approach to ecology is its living roof—at 6 acres it is the largest in Canada, hosting some 400,000 indigenous plants and 240,000 bees in 4 colonies that provide honey for the convention center restaurant.

Approximately 35% of the project is built on piles over the water, surrounded by a custom-designed marine habitat skirt consisting of 5 concrete tiers. Each tier supports a separate set of biota depending on the water depth, forming a complete shoreline ecosystem including salmon, crabs, starfish, shellfish, and dozens of other native species. 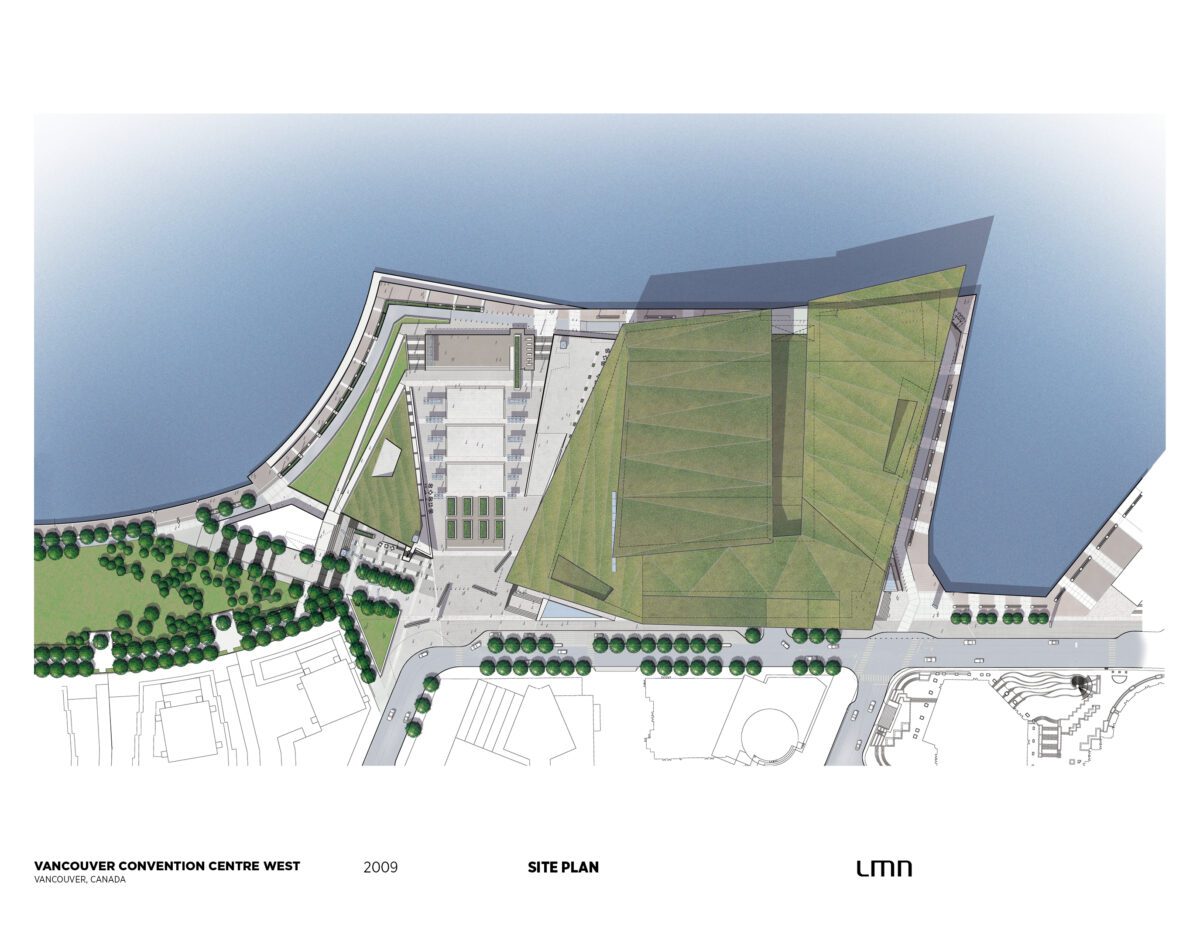 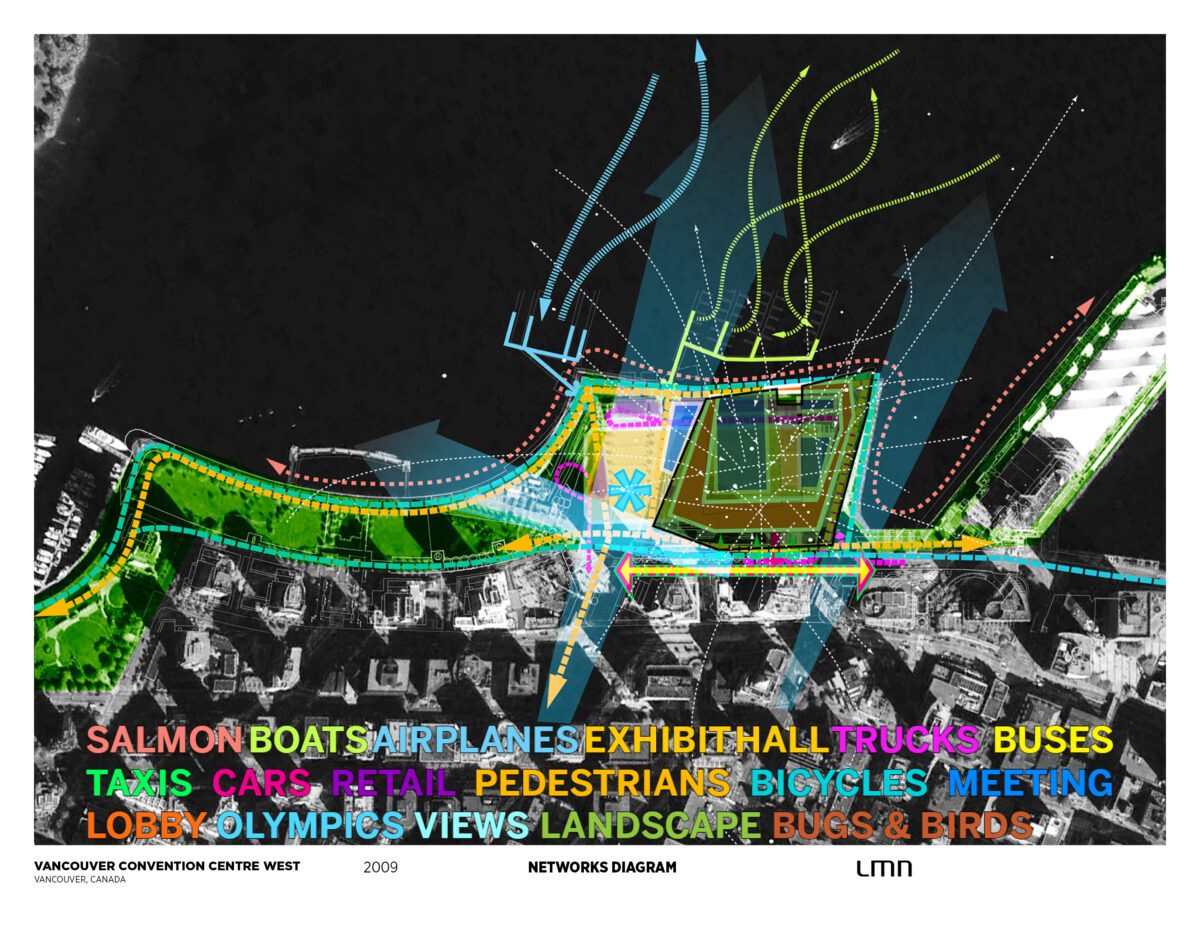 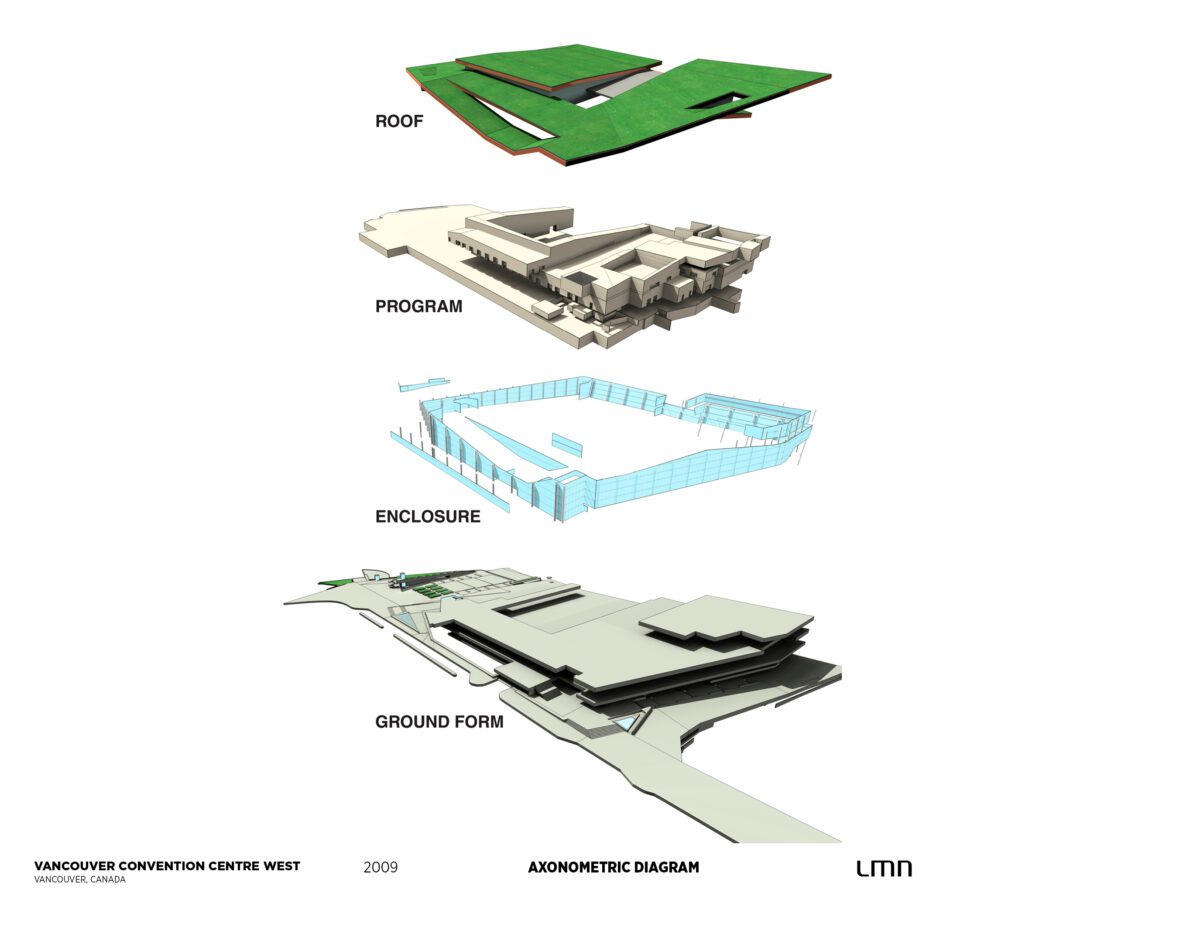 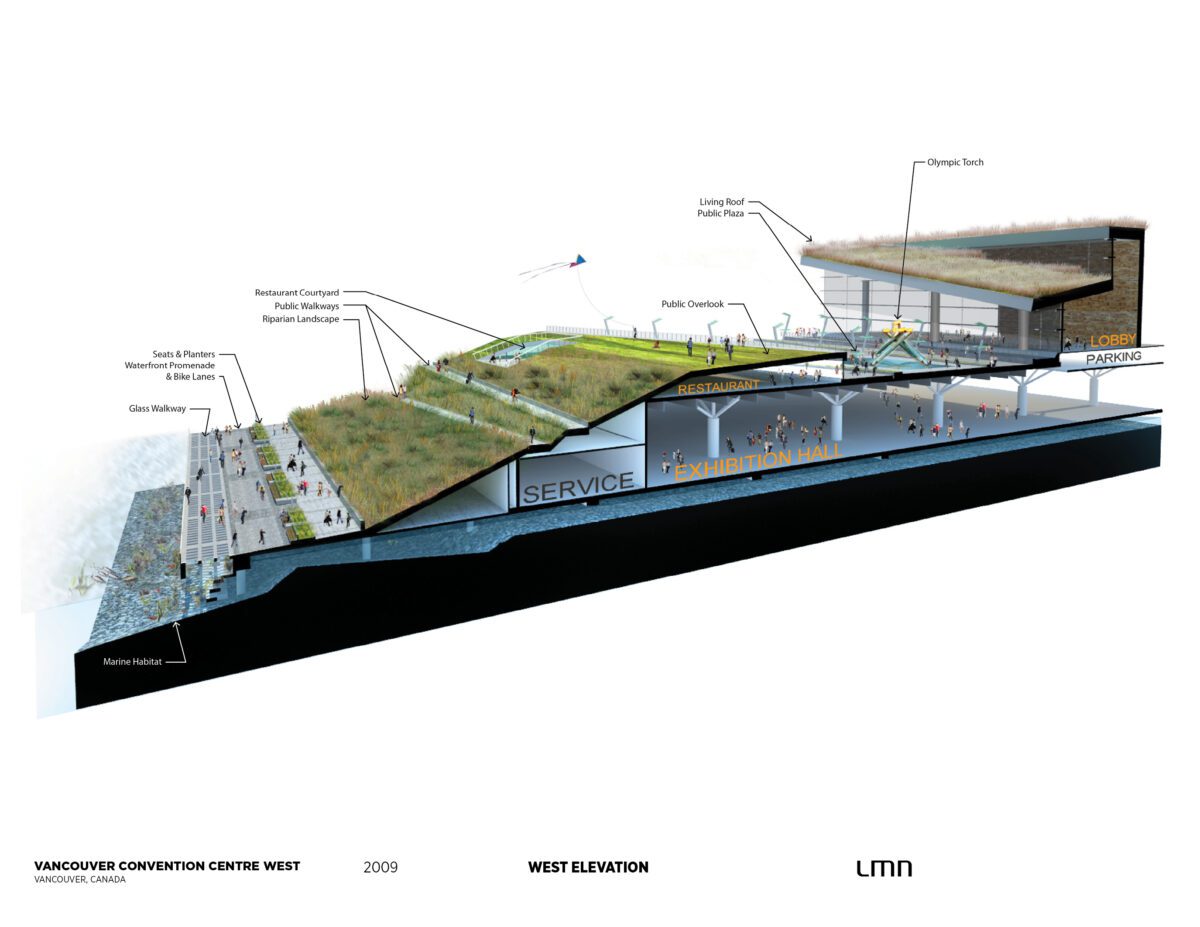 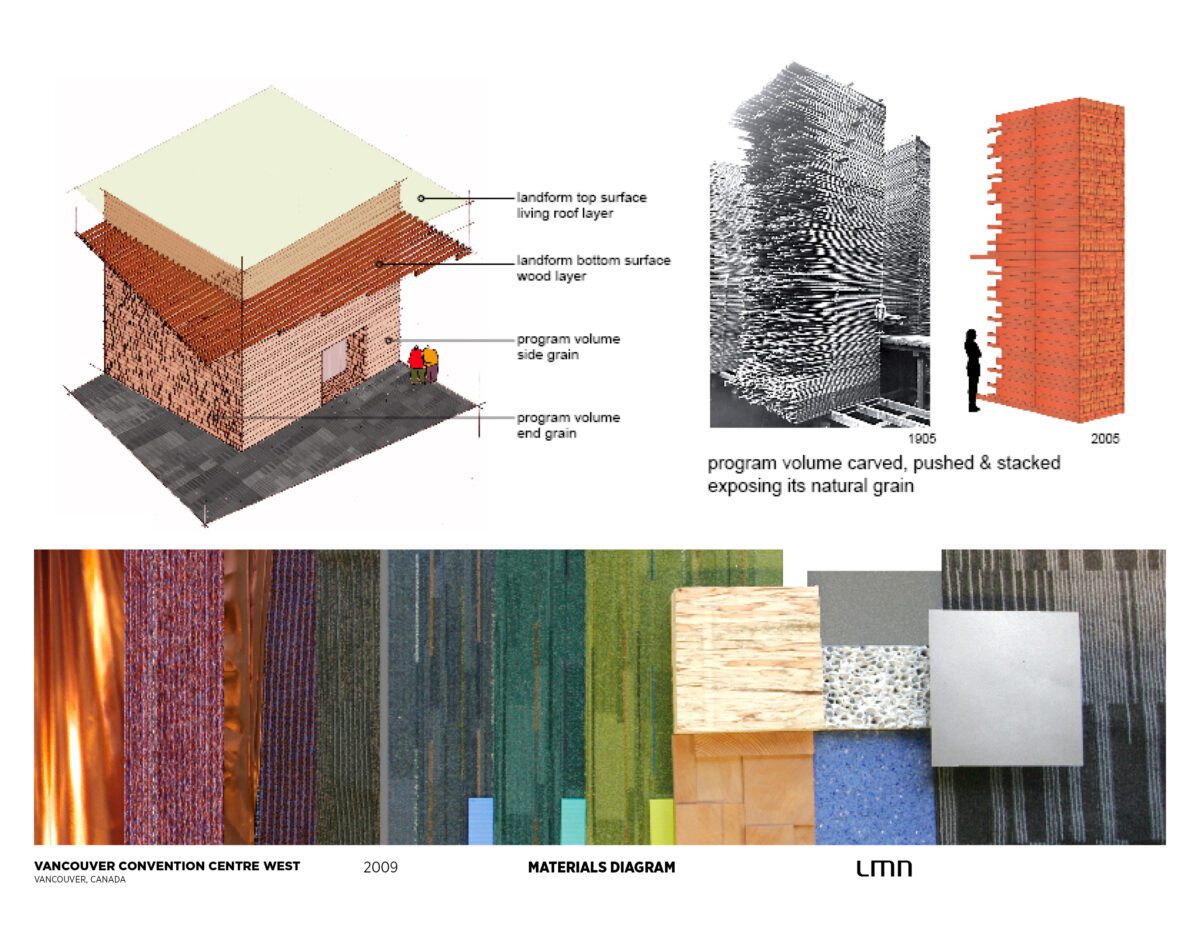 “The world needs great gathering places and Vancouver is one of them – and the lynchpin in that reputation is the Vancouver Convention Centre.”

2011 AIA Committee on the Environment Award