Cleveland’s civic center is one of the most completely realized examples of the City Beautiful movement in US city planning that flourished during the late 1800s. In 1903, architect/planner Daniel Burnham designed what became known as the Cleveland Mall—a large public park flanked by major civic and government buildings on a bluff above Lake Erie. One hundred years later, the new convention center complex continues Burnham’s original vision while reimagining it for the 21st Century, weaving together two public assembly facilities with civic green space to catalyze a dramatic revitalization of the downtown core.

Lined with neoclassical buildings from the early 20th Century, the 600,000-sf Mall overlooks the Lake Erie waterfront, adjacent to cultural resources such as the Cleveland Browns Stadium and the Rock and Roll Hall of Fame. Burnham’s site plan links to a system of parks and green spaces extending beyond the bounds of the city, and functions as a connecting zone between multiple urban districts.

The first facility of its kind to be integrated with a convention center, the Global Center for Health Innovation provides a permanent showroom for Cleveland’s thriving medical research industry and a year-round anchor tenant for the convention center, adding new possibilities for convention planning and driving economic growth for the Northeast Ohio region. 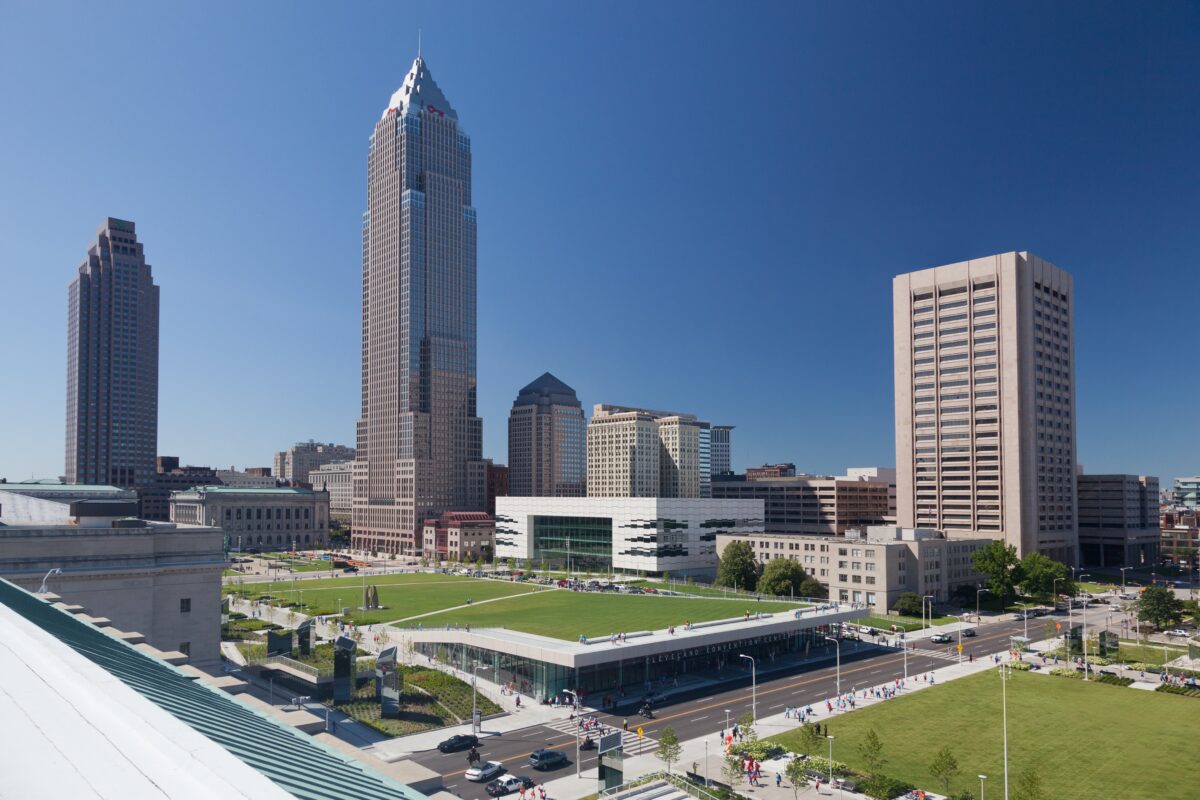 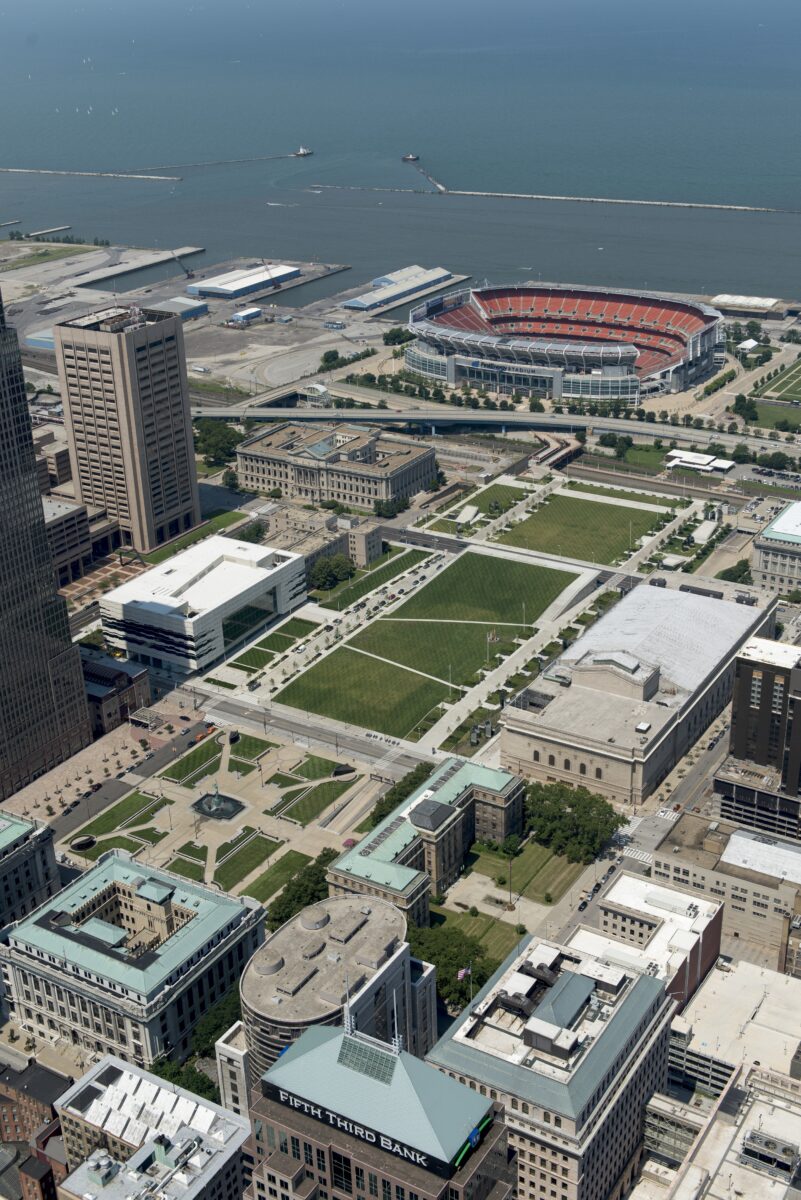 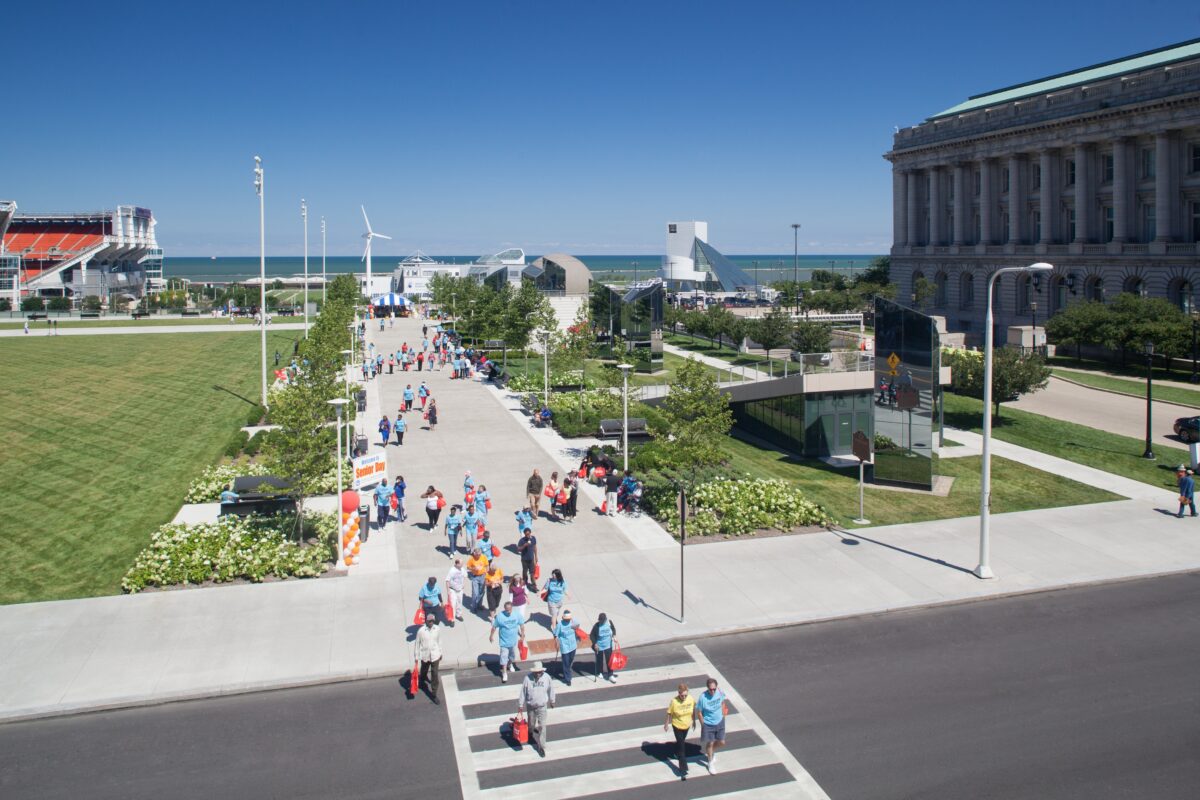 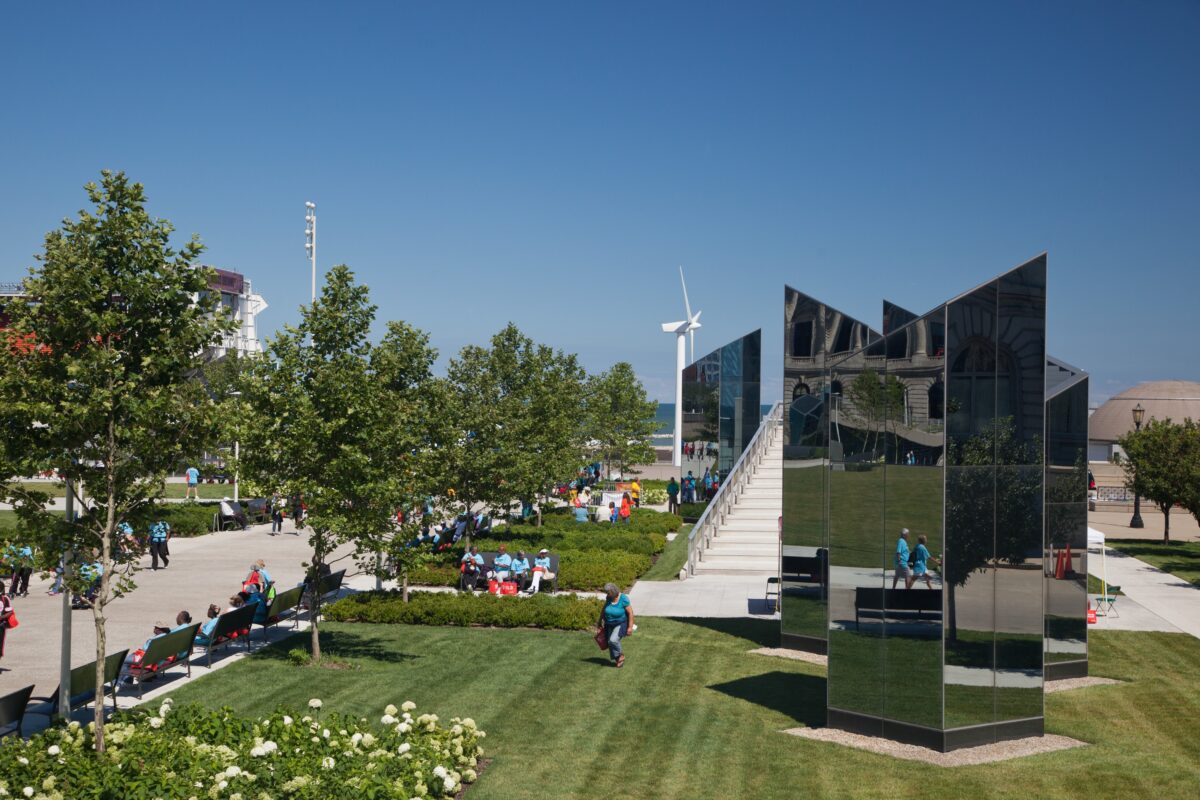 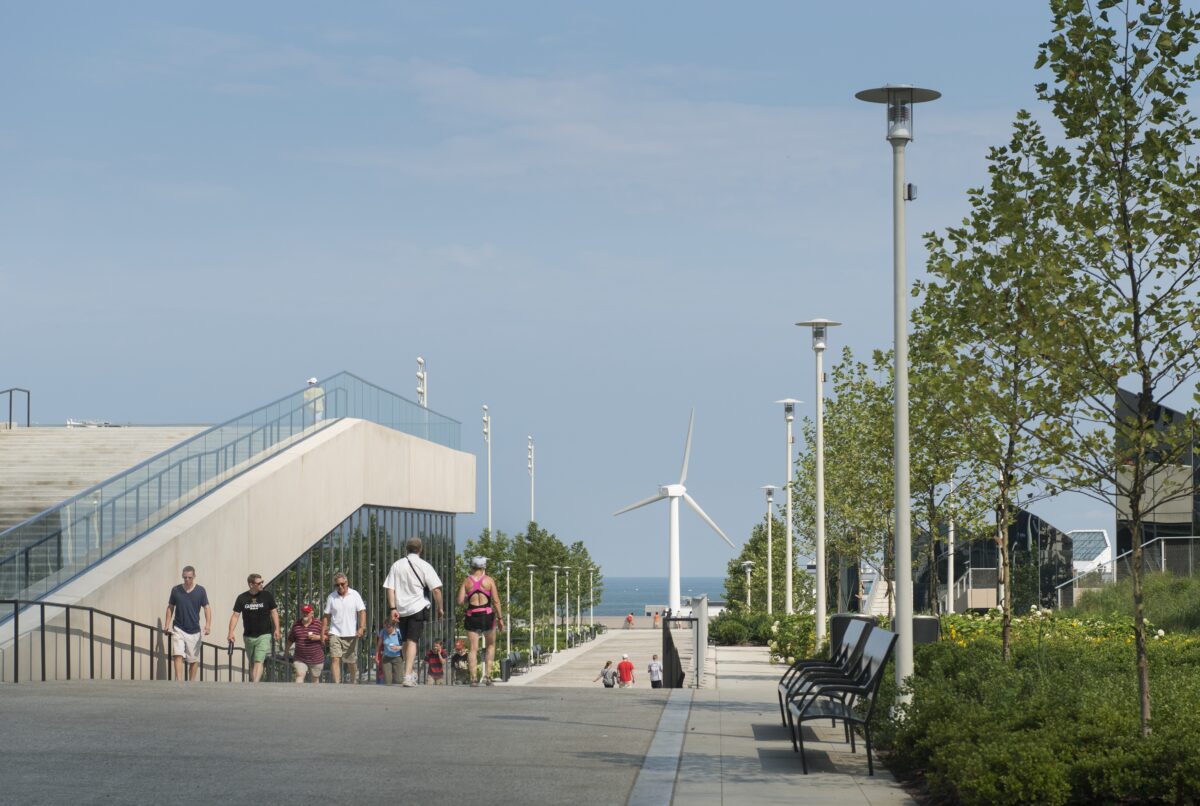 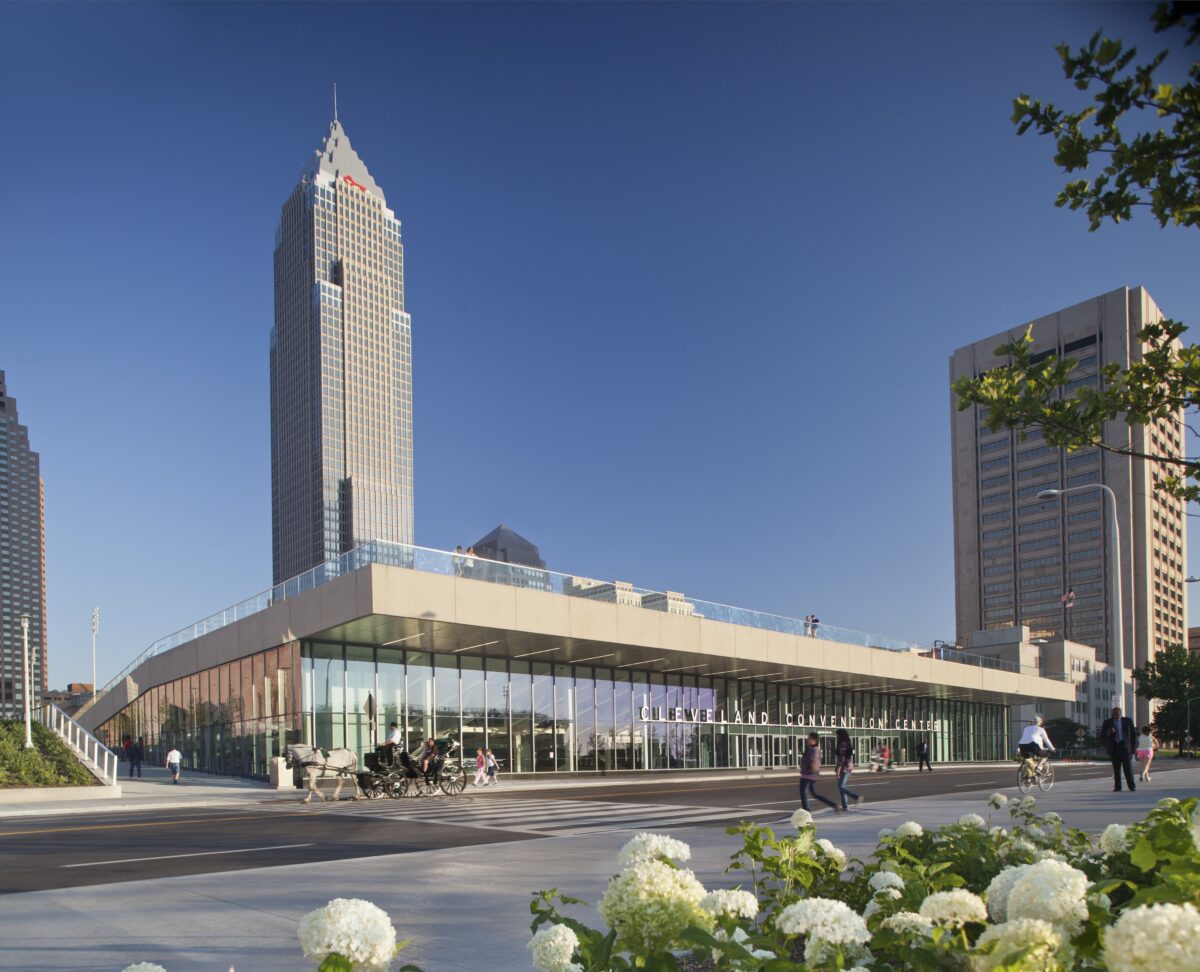 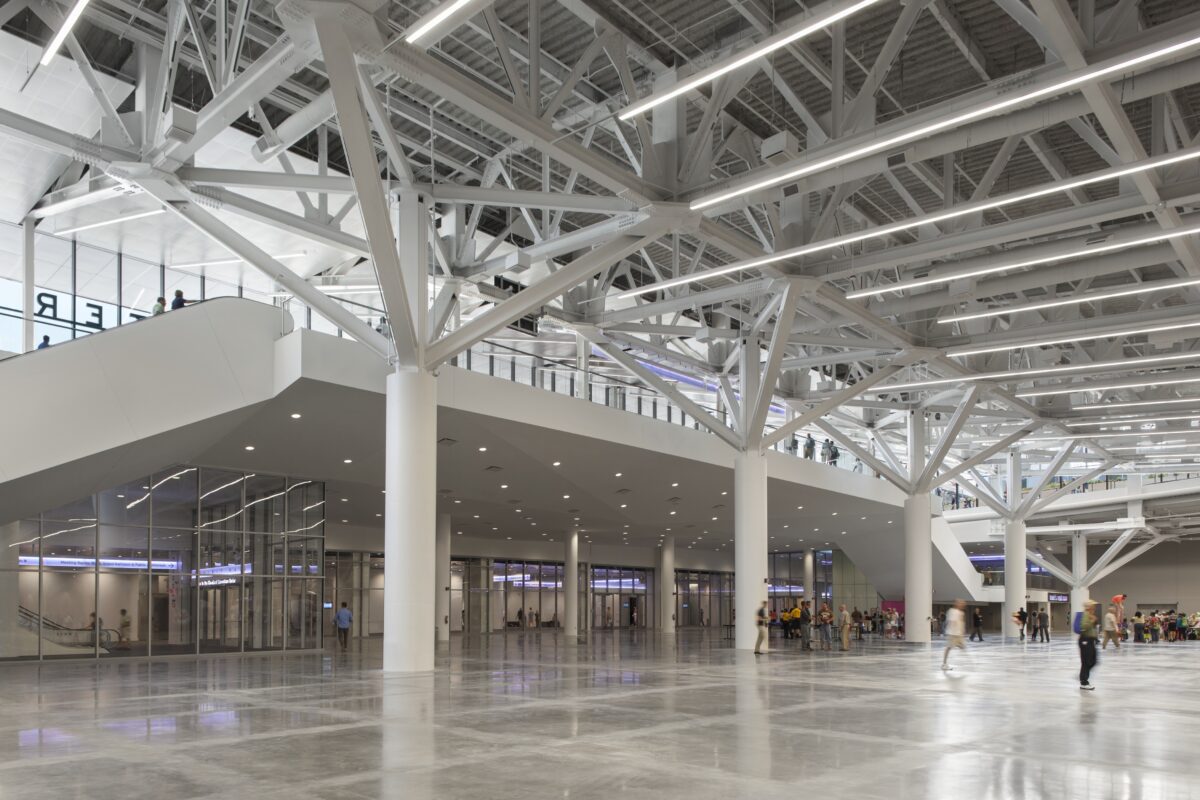 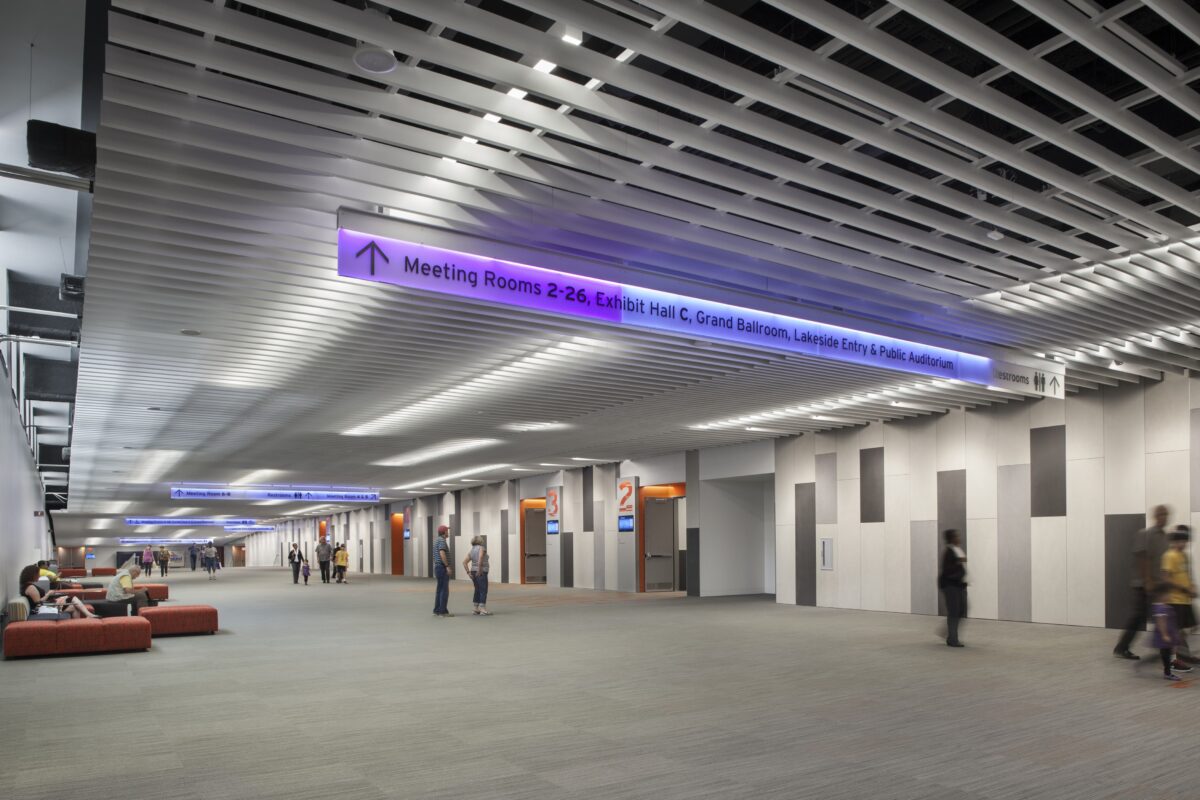 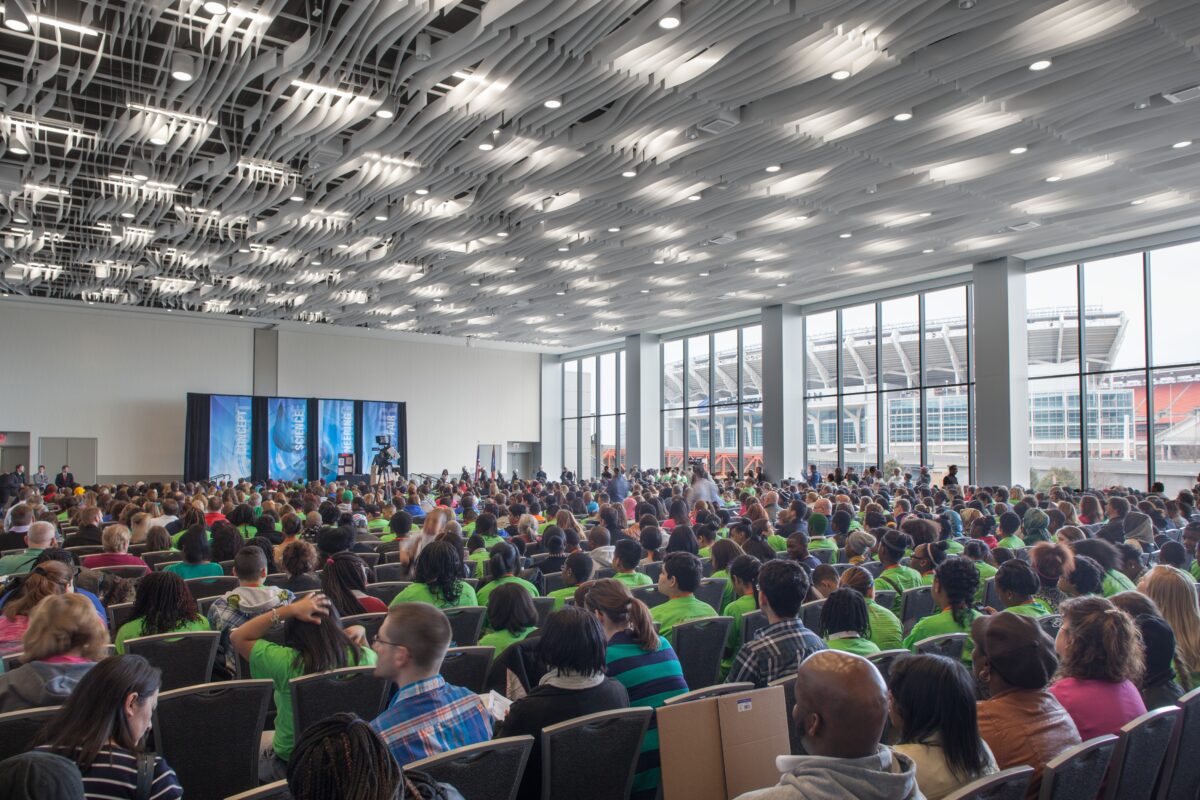 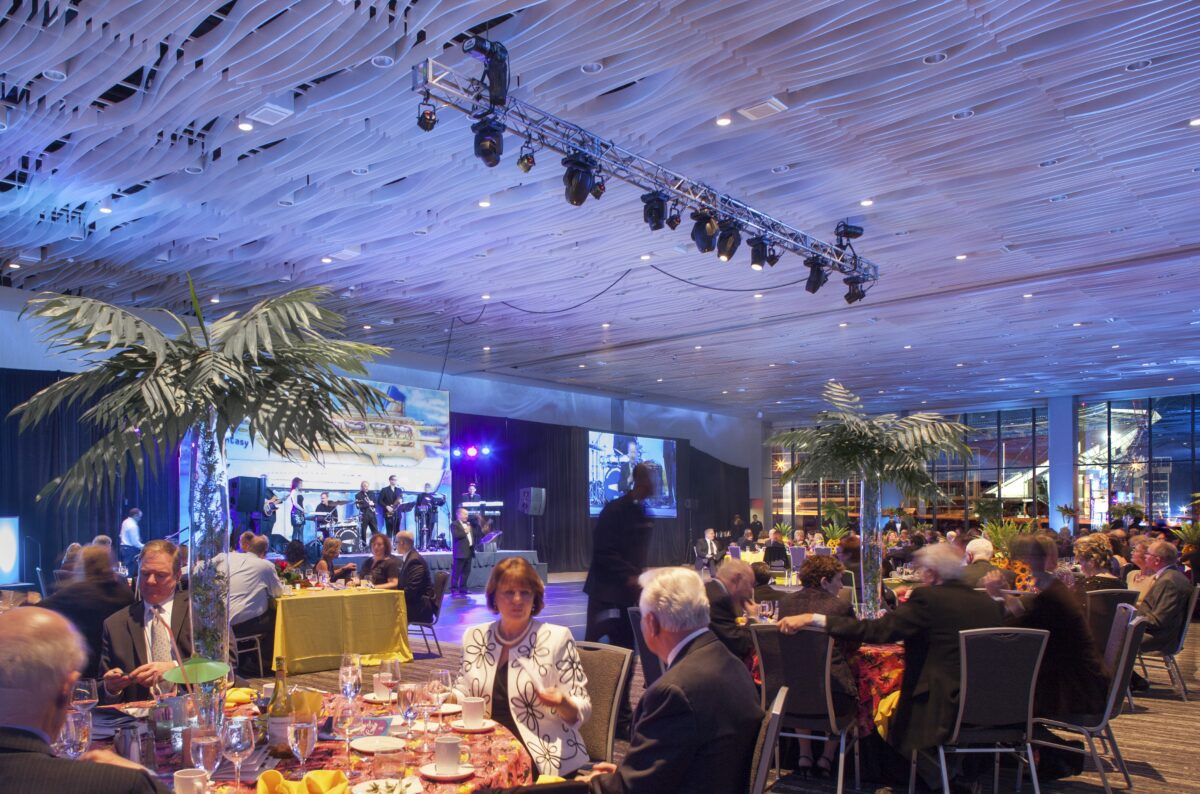 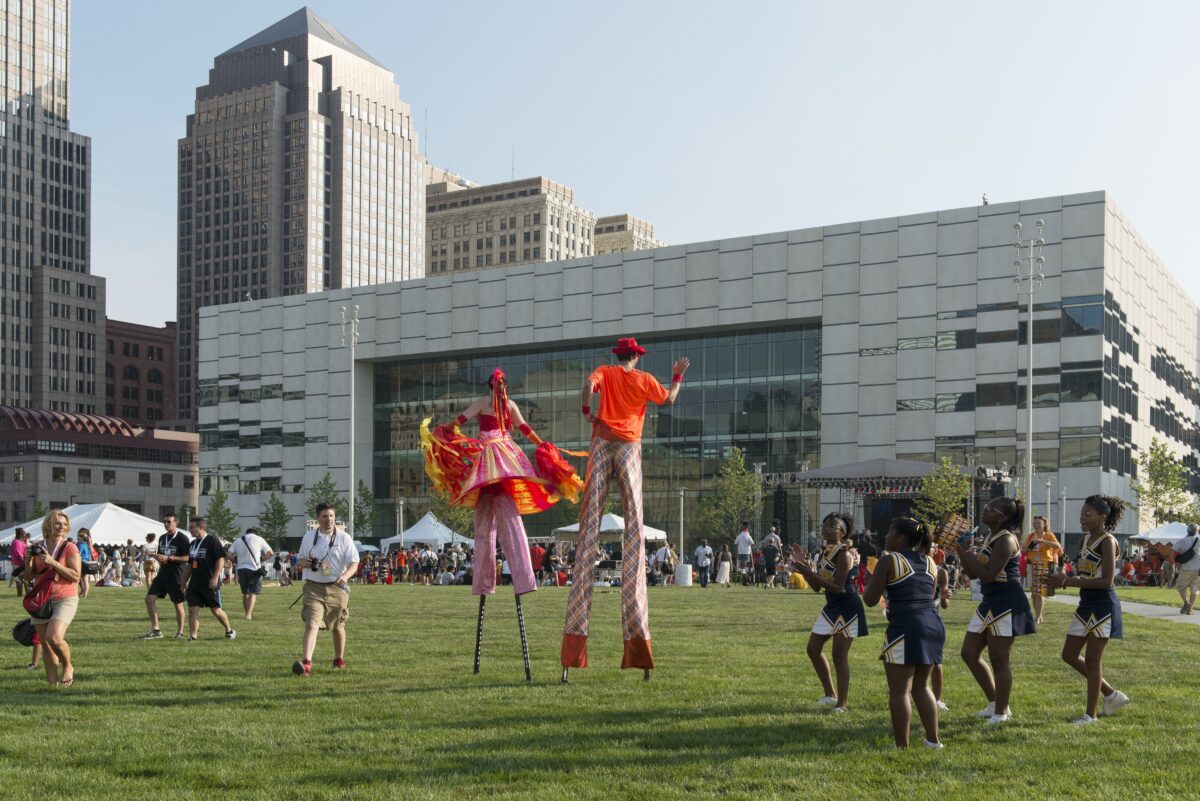 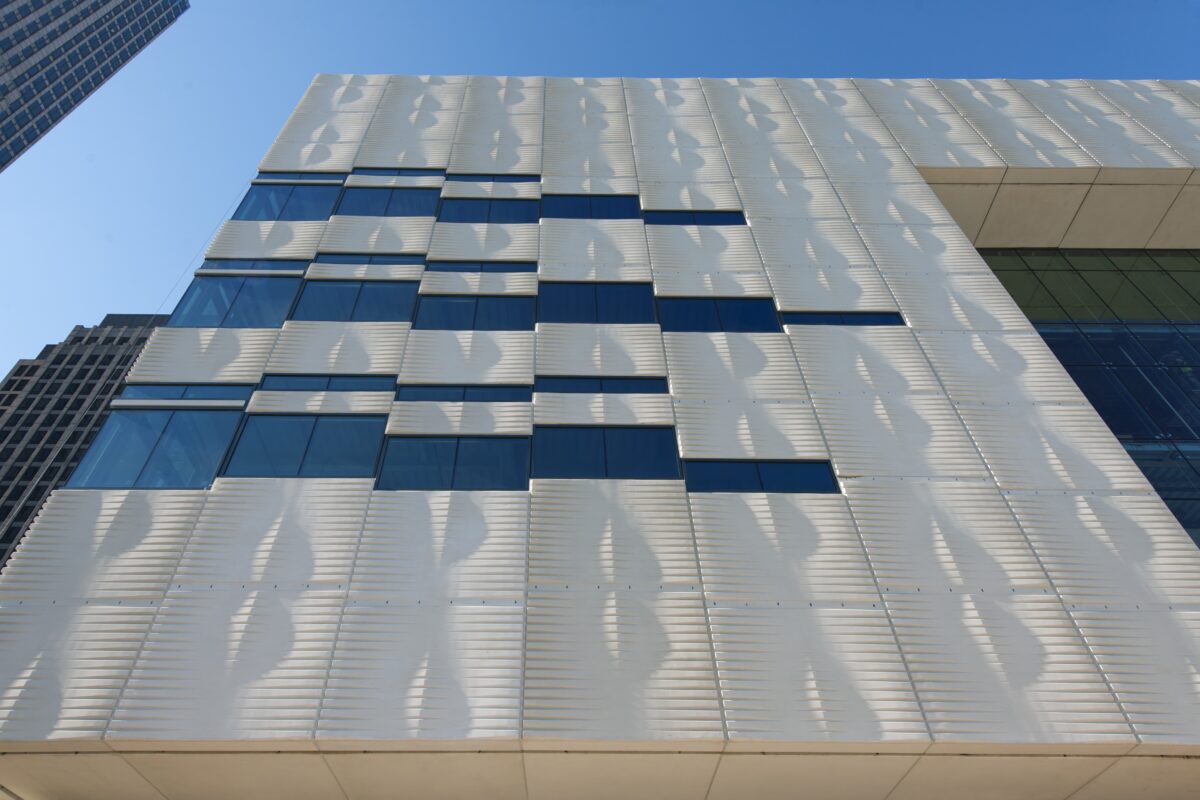 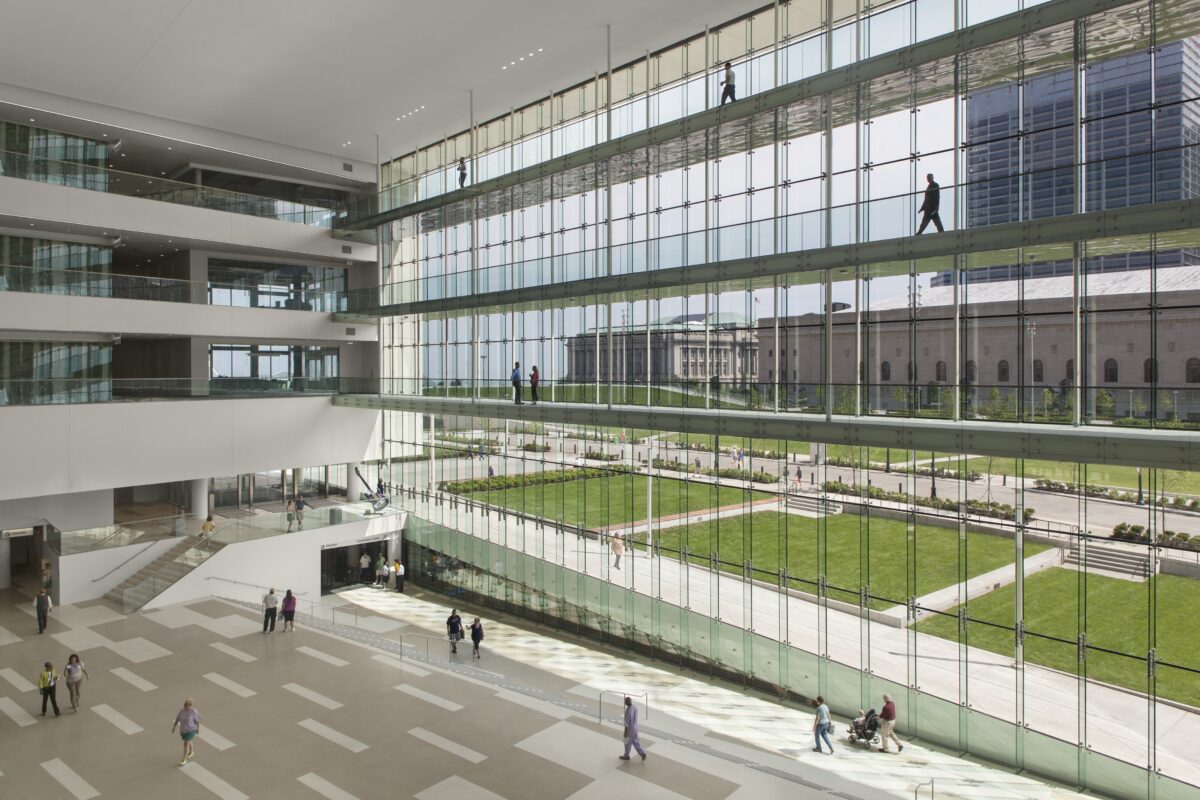 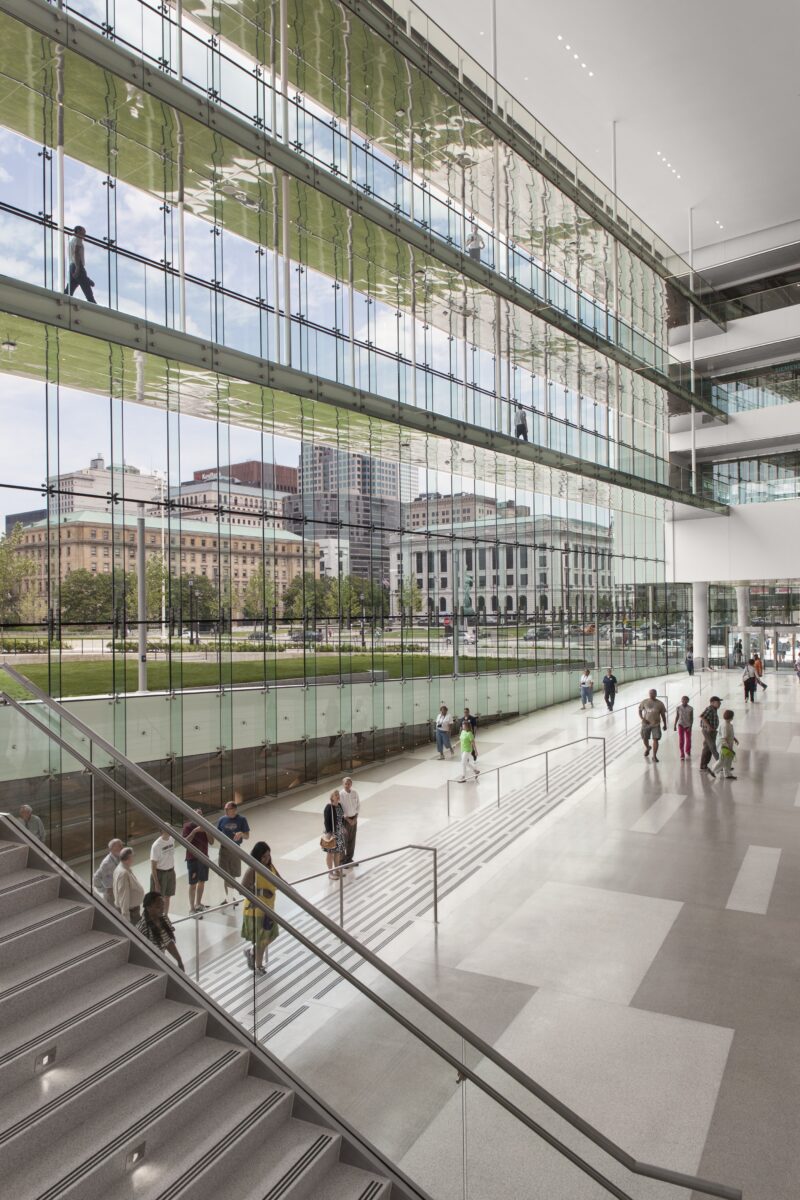 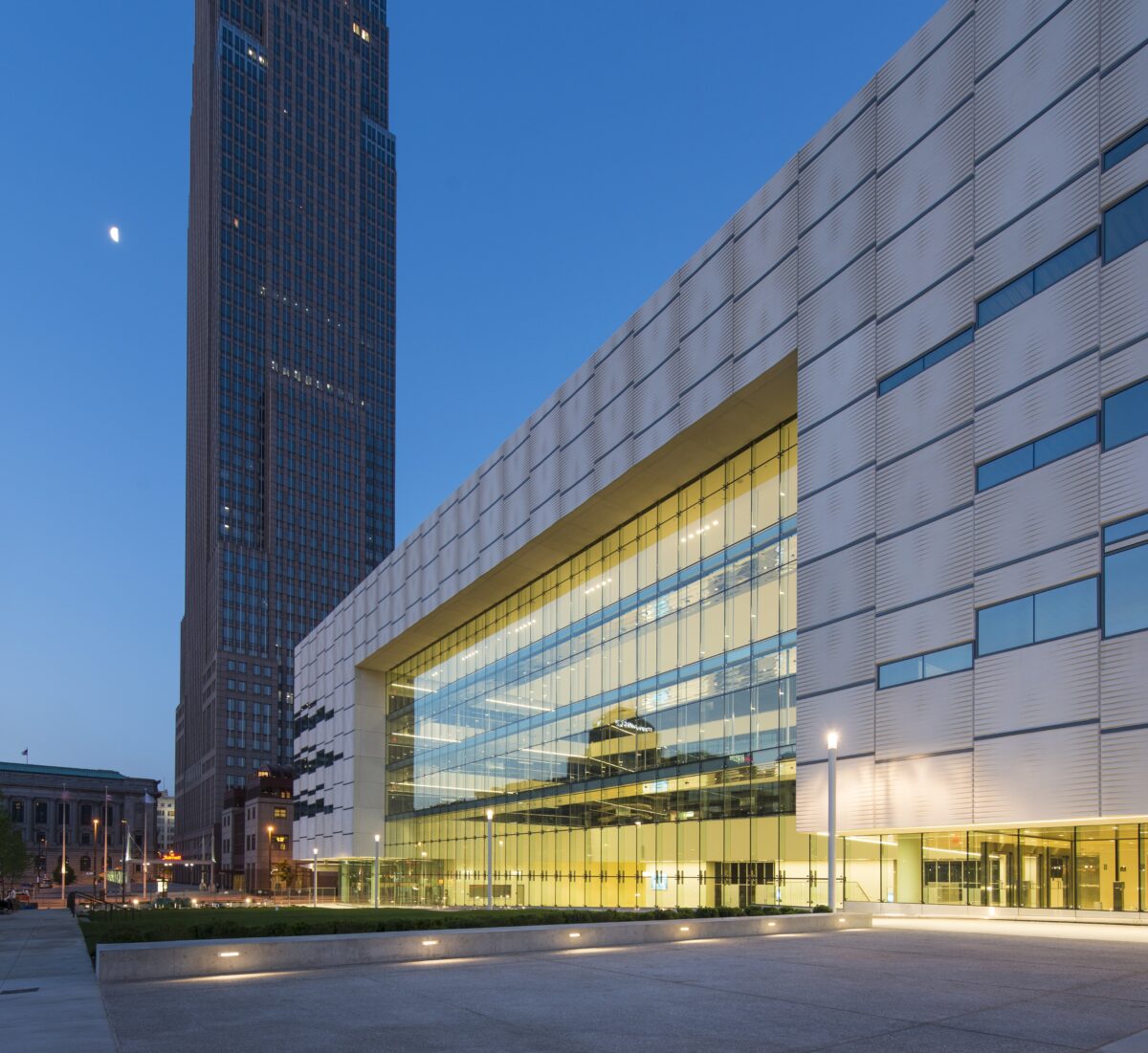 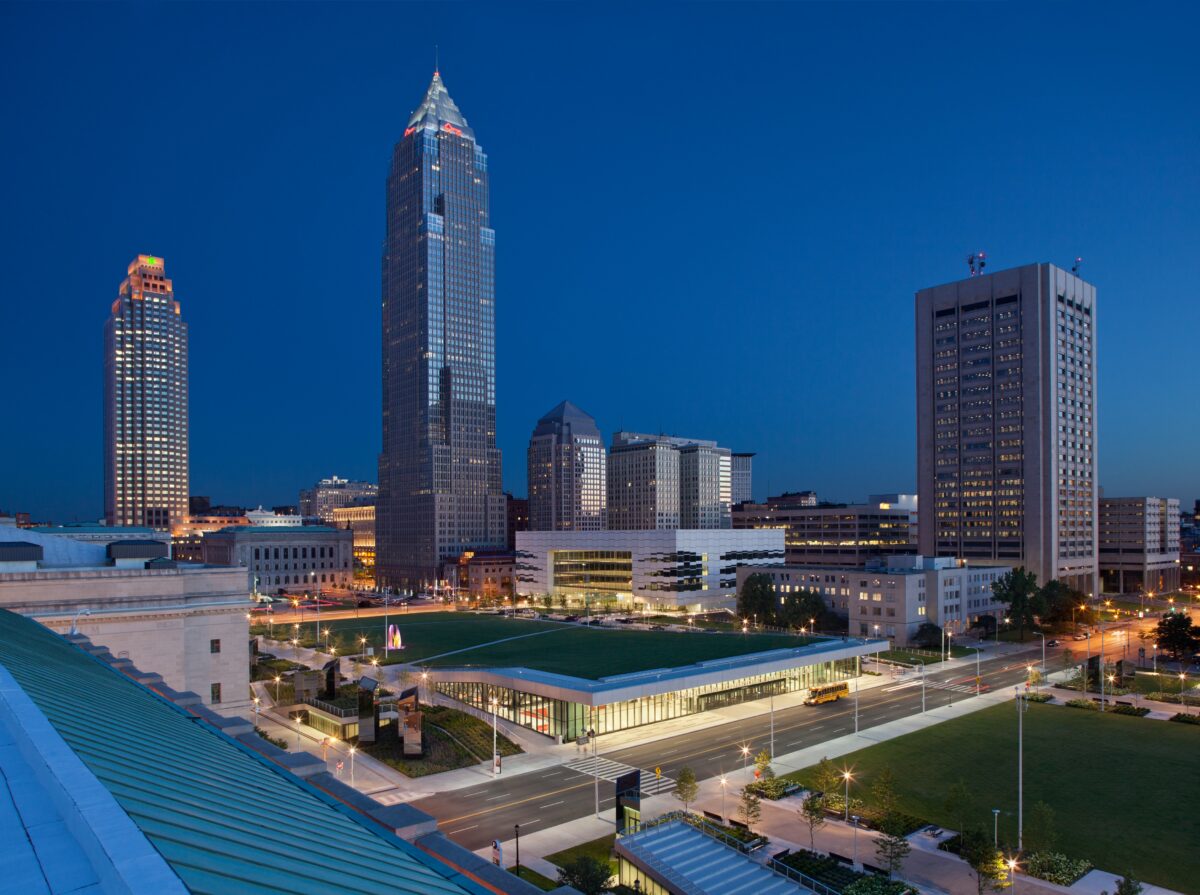 Given an extremely compressed schedule to produce what would become one of the most iconic elements in the design – the façade system for the Global Center for Health Innovation – LMN turned to its in-house LMN Tech Studio to explore an innovative approach. The group developed a 3D digital model of the façade, using parametric modeling techniques to quickly convert a hand sketch of the window pattern into a set of fabrication-ready glass and precast-concrete panels.

Evolving Modes of R+D in Practice