The renovation enhances the Meydenbauer Convention Center as a destination experience for downtown Bellevue, engaging with the community infrastructure of surrounding blocks and expressing the city’s sophisticated identity as a unique setting for visitors from around the world. The interior design celebrates the convention center as an extension of the public realm – an open civic meeting place filled with daylight and activity.

Originally opened in 1993, the Meydenbauer Convention Center has always been a prominent downtown Bellevue landmark. Now situated at the core of a vibrant mixed-use retail and residential development, the facility provides delegates premium access to hotels, shopping, and restaurants. The 2015 interior renovations represent another step in the facility’s long-term planning, anticipating future expansion and a possible hotel co-development.

The renovation scope encompasses all pre-function spaces and meeting rooms on 3 event levels connected by a four-story atrium hall, with dramatic upgrades to finishes, lighting, furniture, and wayfinding. Newly imagined interstitial spaces between meeting rooms increase the range of programming options, while the 400-seat theater space is refinished to expand its functionality as a multi-use business, training, and performance facility. 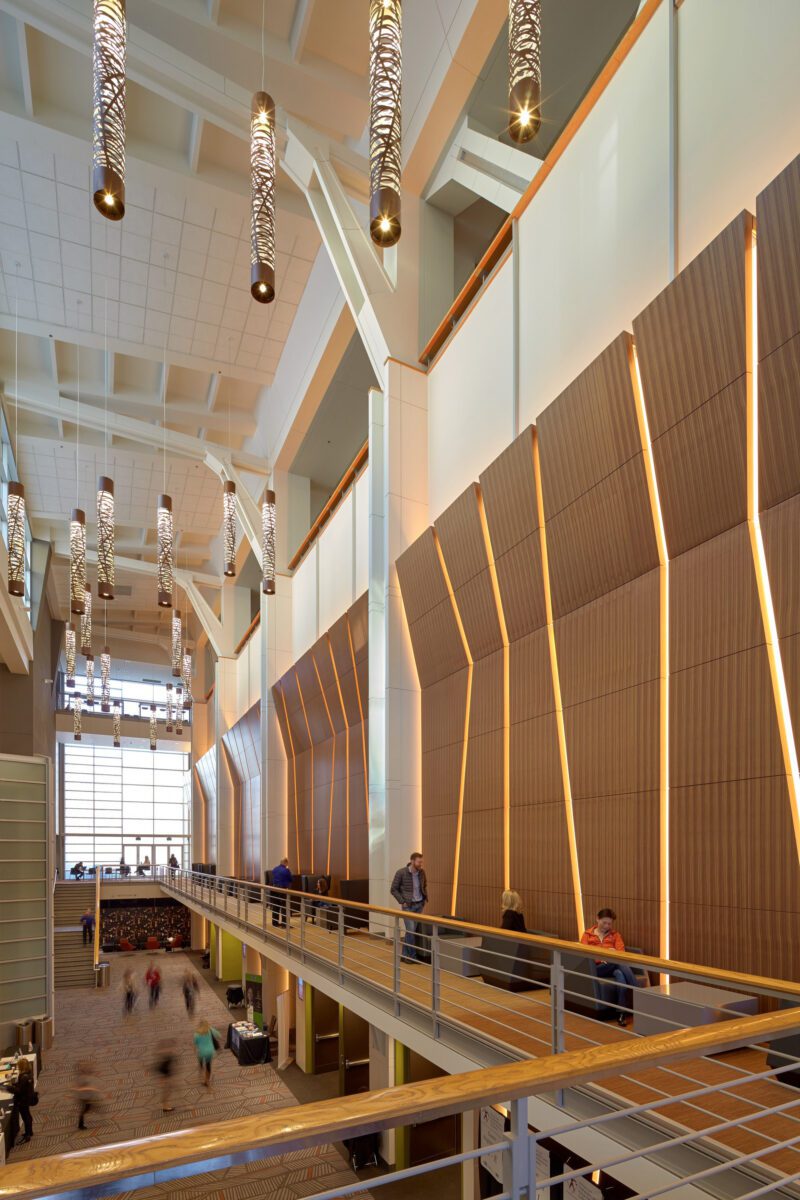 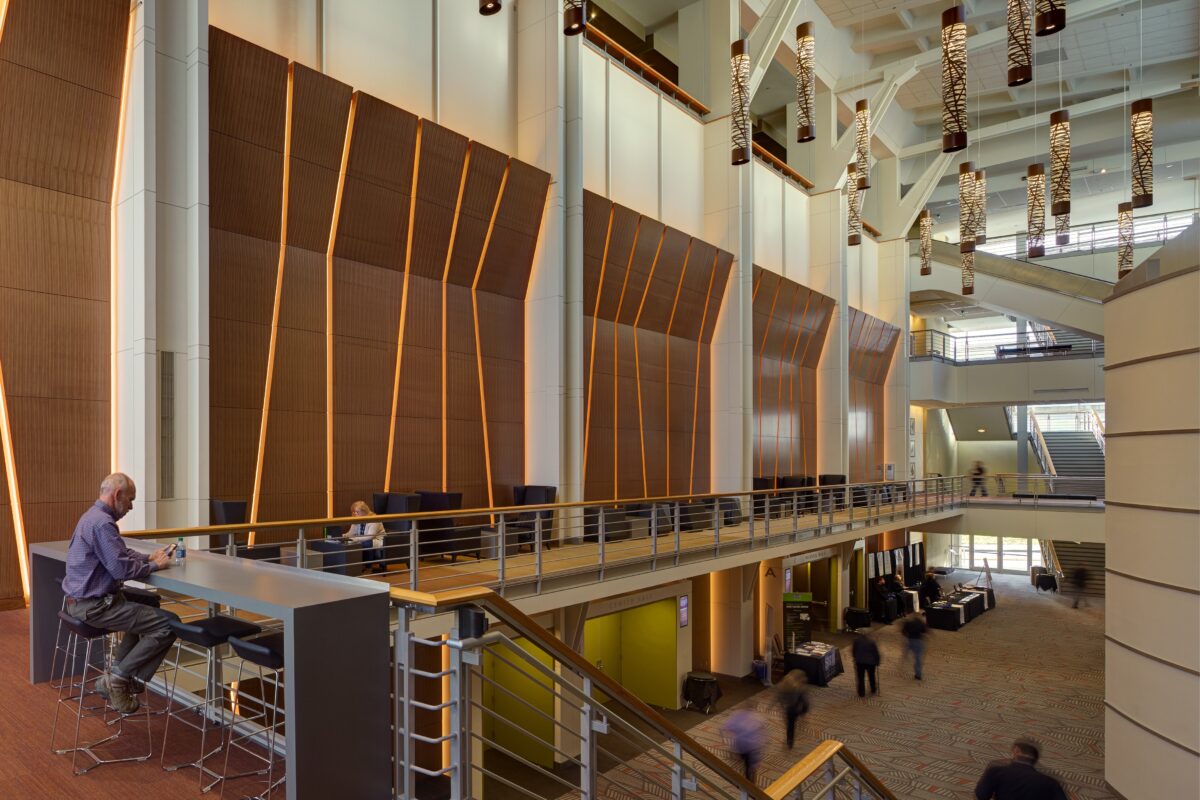 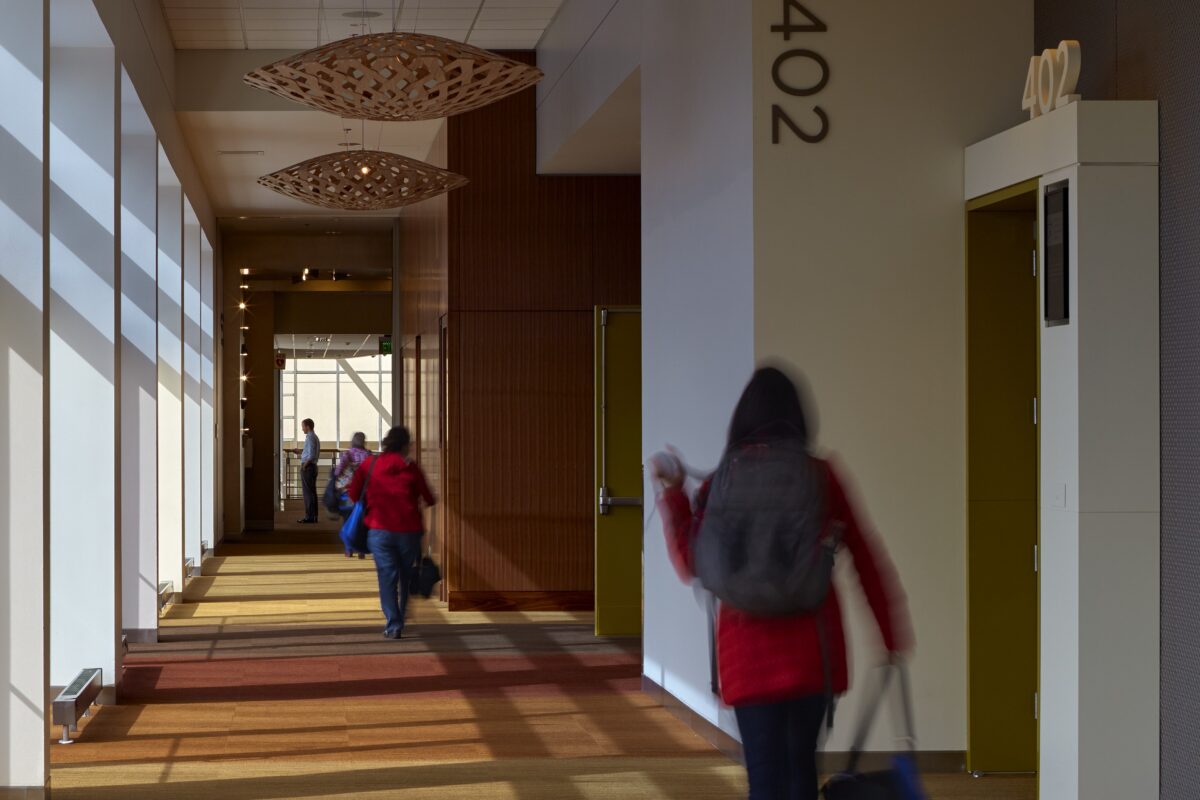 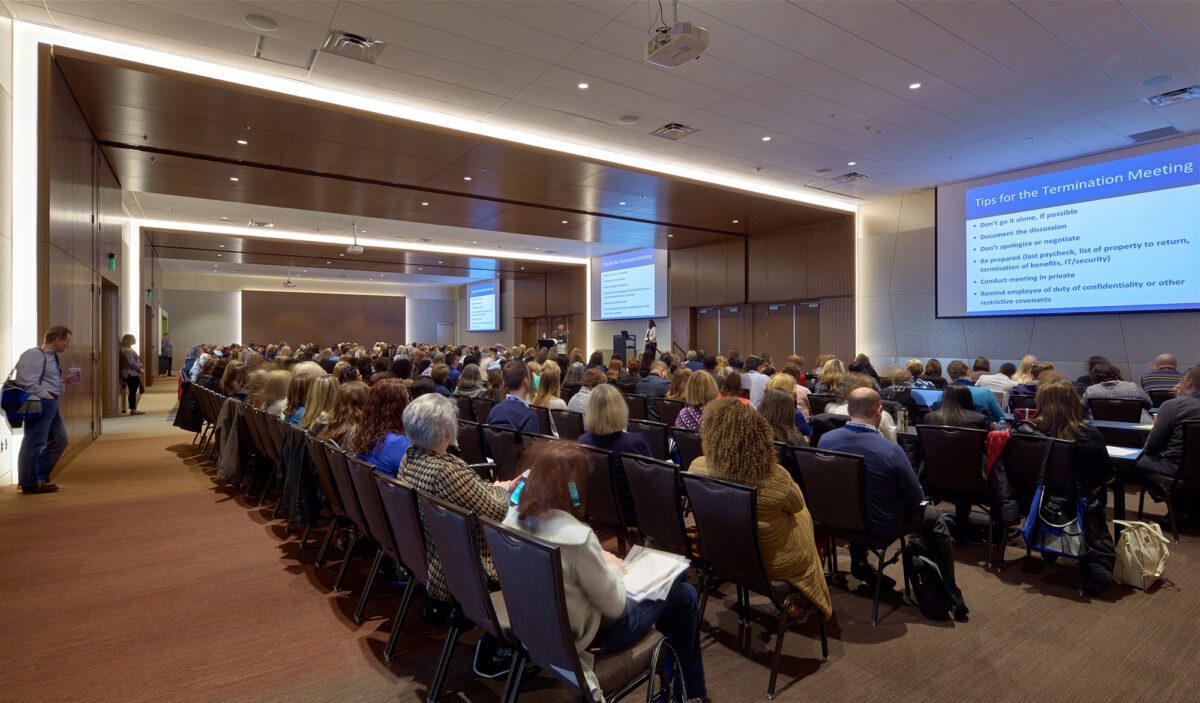 The interior design strategy makes economical moves to transformative effect. Tilting wood wall panels in the atrium break down its four-story volume to a human scale, and give meaningful texture to the daylight from clerestory skylights.

Color is applied strategically throughout the facility as a wayfinding element. In contrast to the warm tones of wood and copper ochre that clad the interior volumes, entrances to major program spaces are painted with a bright “Meydenbauer green” that pops in a visual rhythm, clearly distinguishing visitor spaces.