The robust details of the 450-foot span bridge were inspired by traditional railyard bridges, while the 120-foot tall concrete arch establishes the bridge as an icon and significant new landmark on Spokane’s skyline. The bridge deck is suspended from the arch with thick steel cables and stout connectors, creating a visual counterpoint to the graceful curve of the bone-white arch. The sturdy 10-foot-high throw barrier required by the railroad completes the composition with built-in pathway lighting. At night four large floodlights and the programmable color-changing LED system illuminate the iconic structure, enhancing its visibility from throughout the city.

The University District Gateway Bridge and plazas at the north and south create a new civic space revitalizing and connecting the University District, spurring much-needed economic growth on the south side of the tracks and linking the university with housing and retail opportunities. 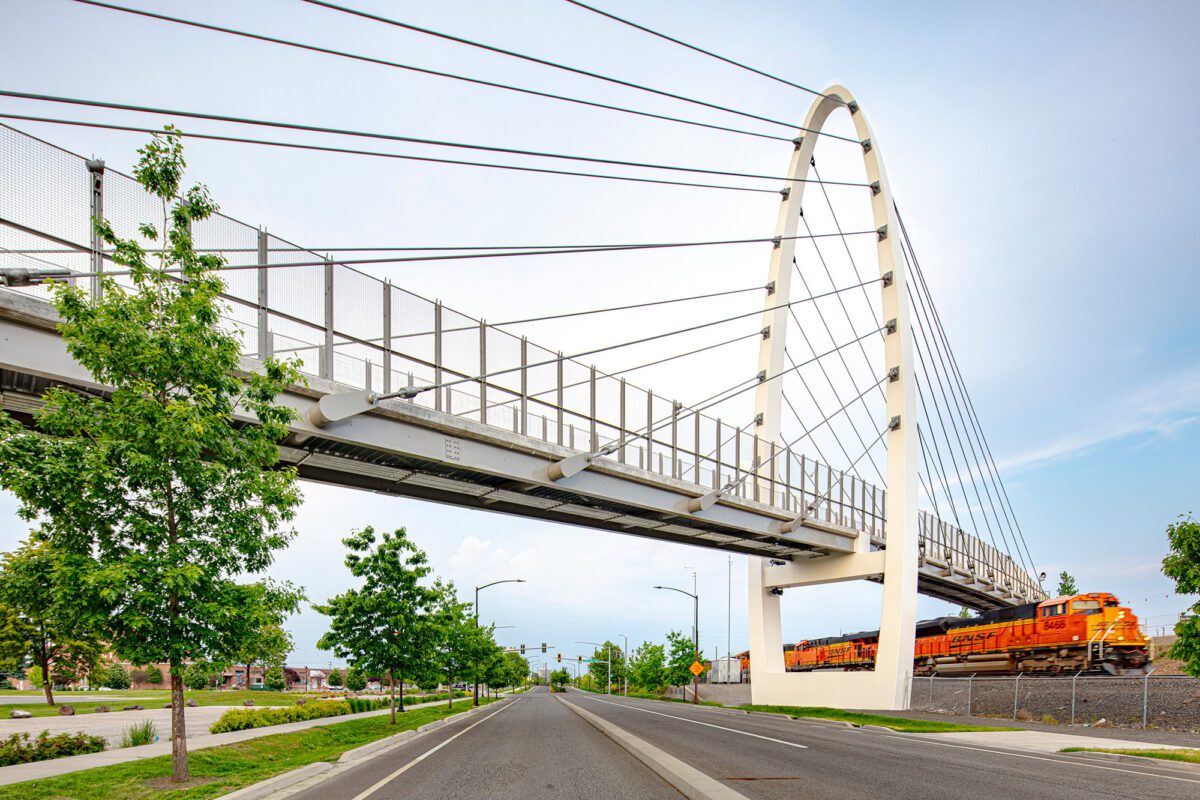 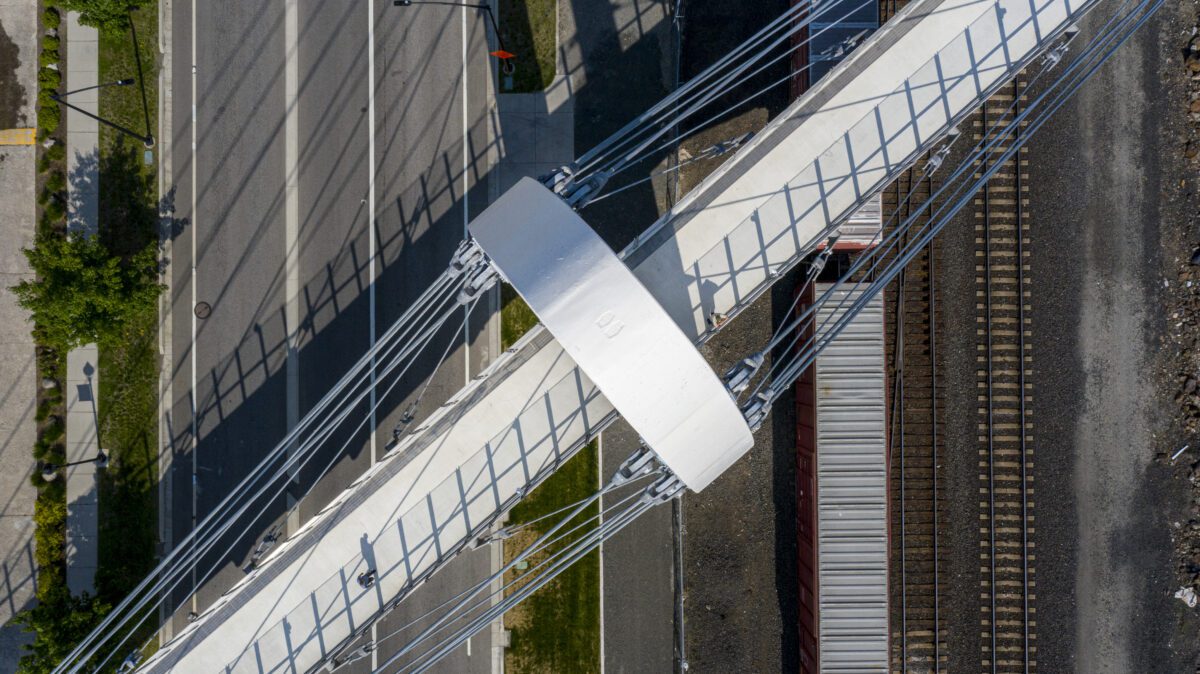 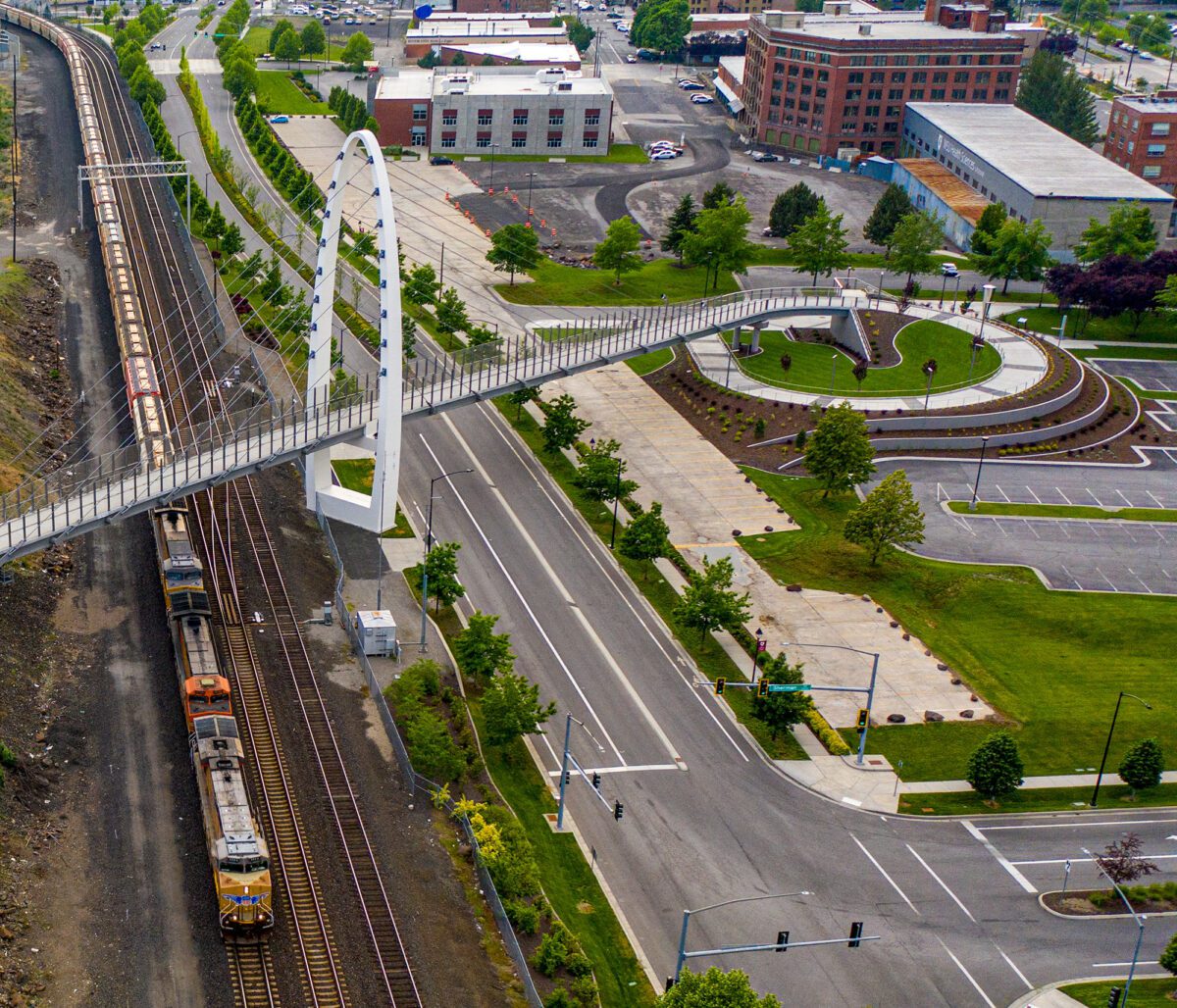 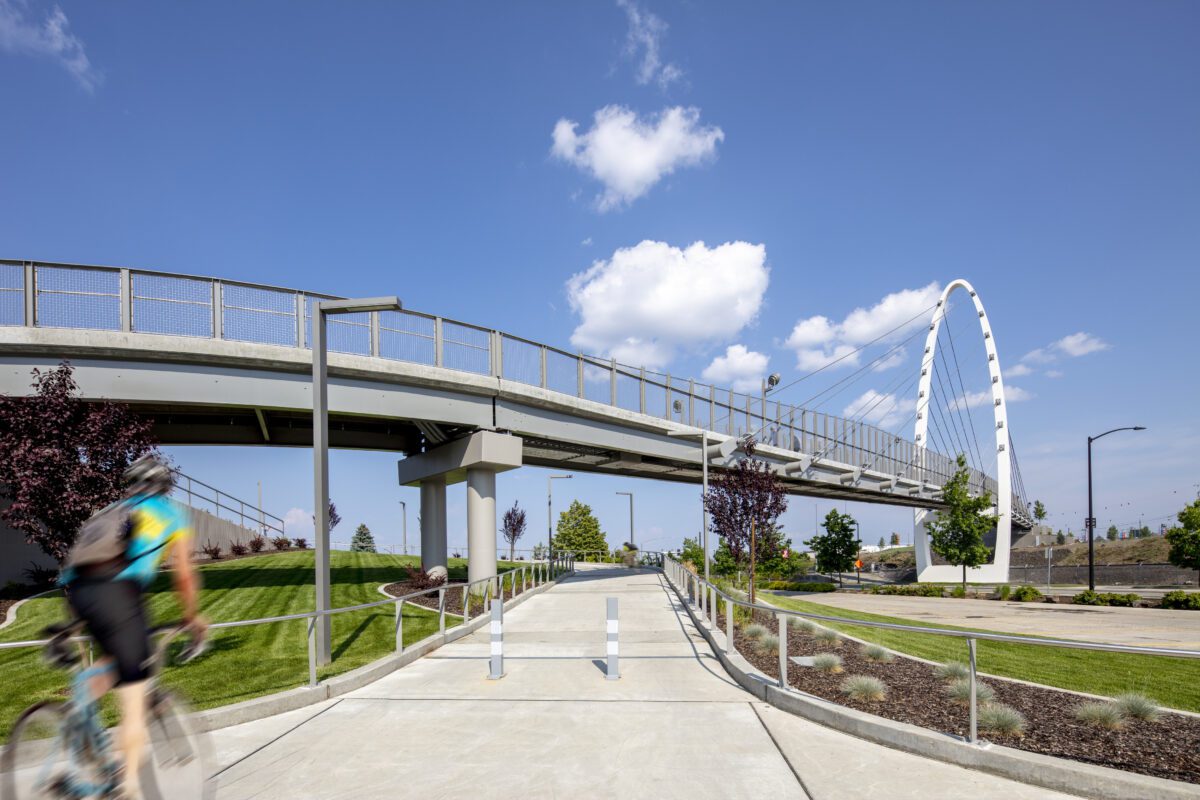 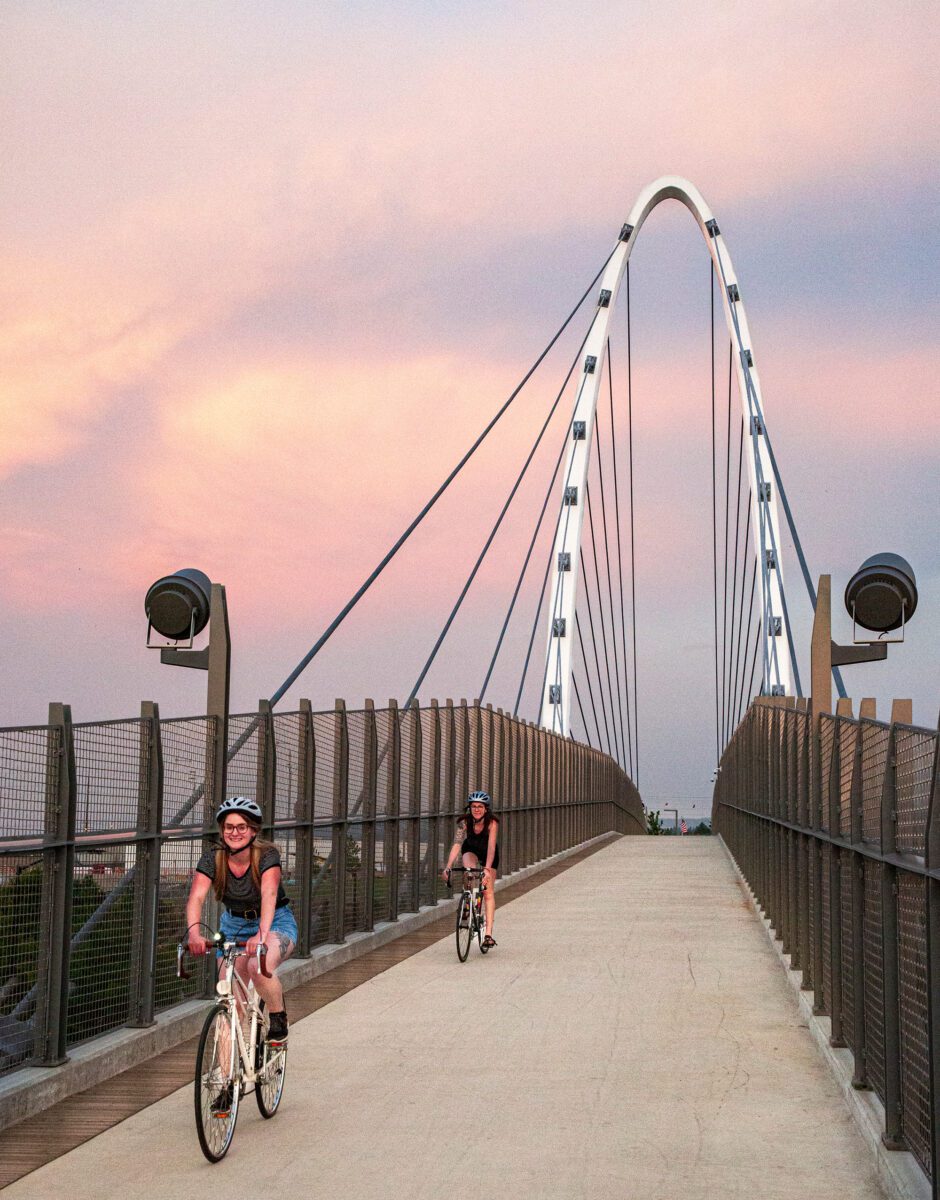 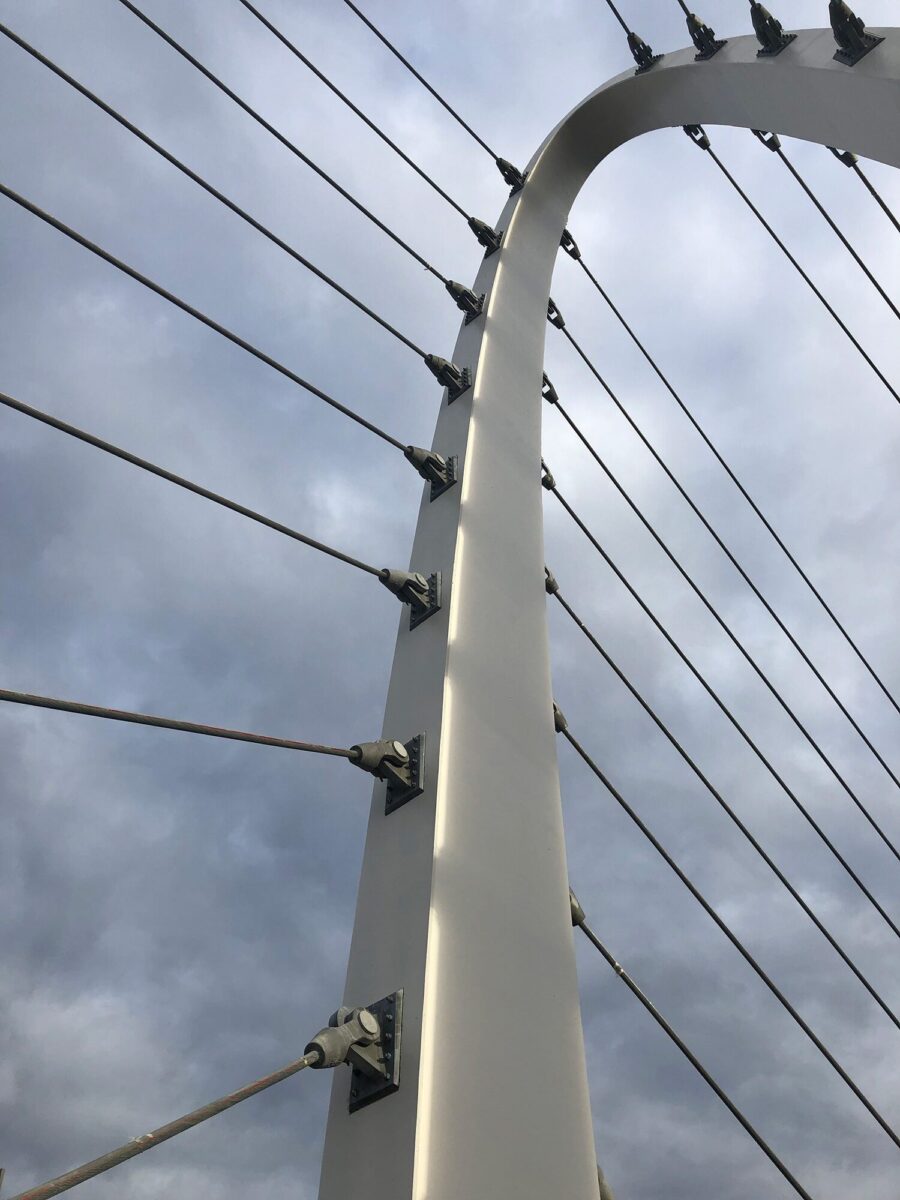 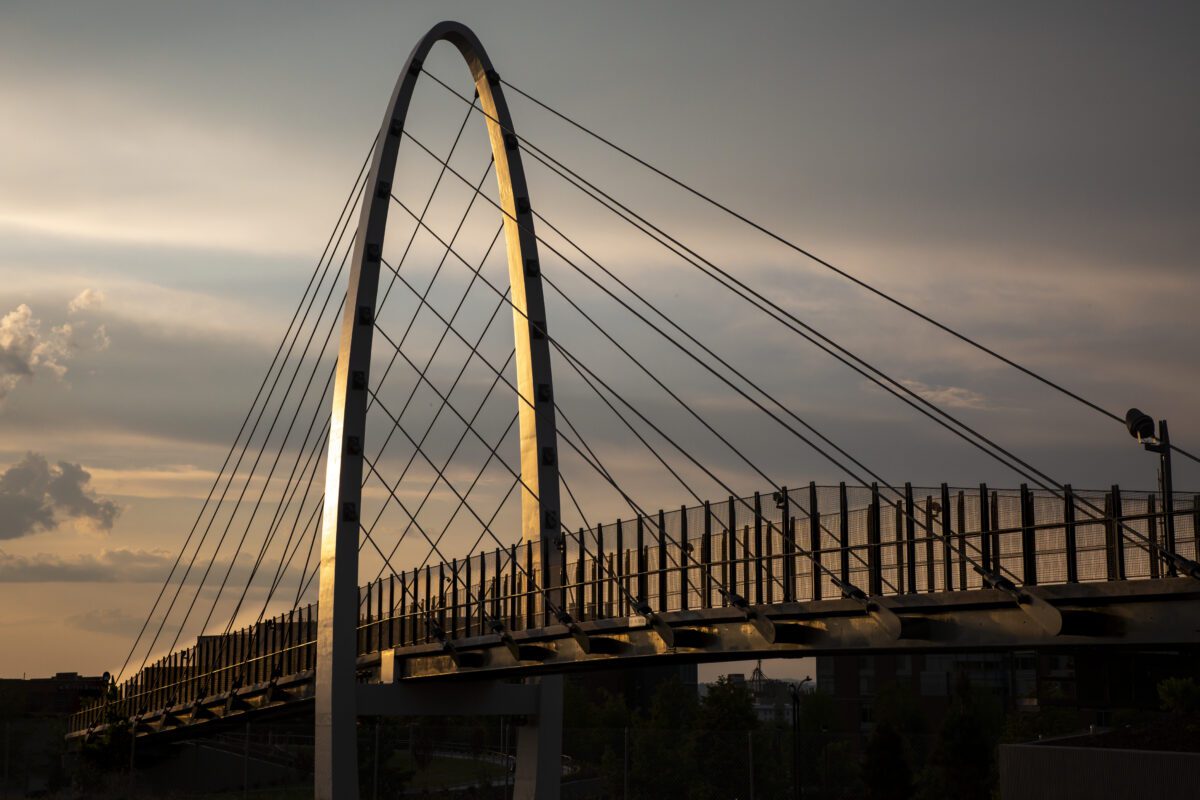 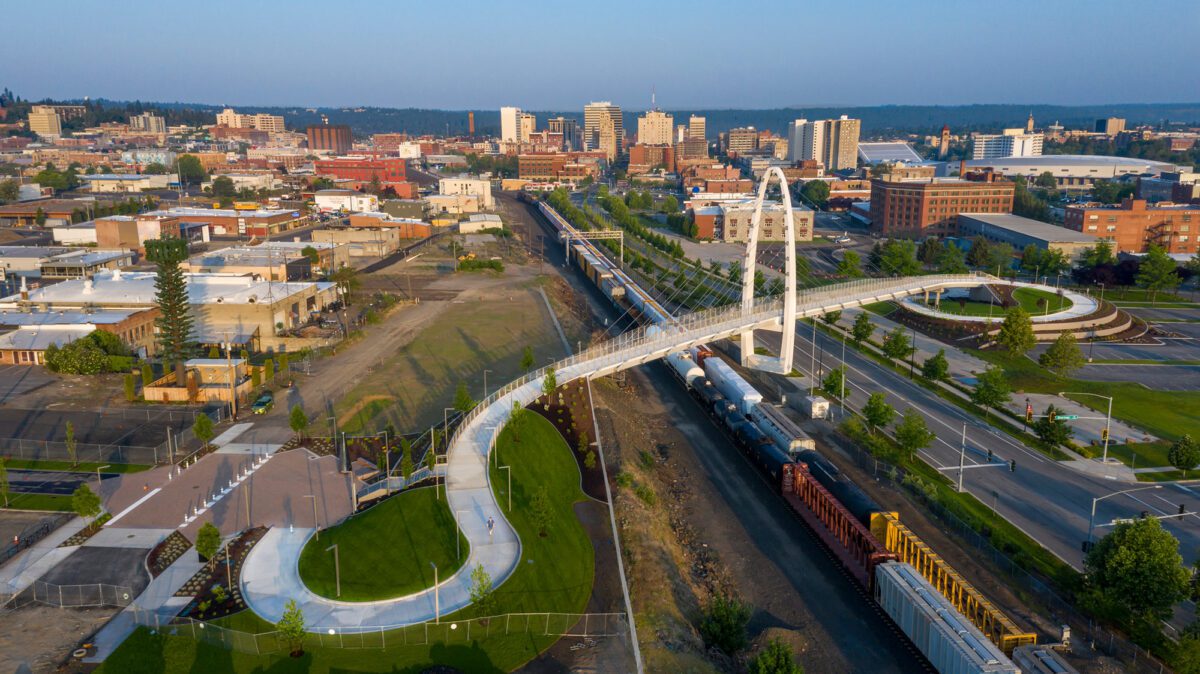 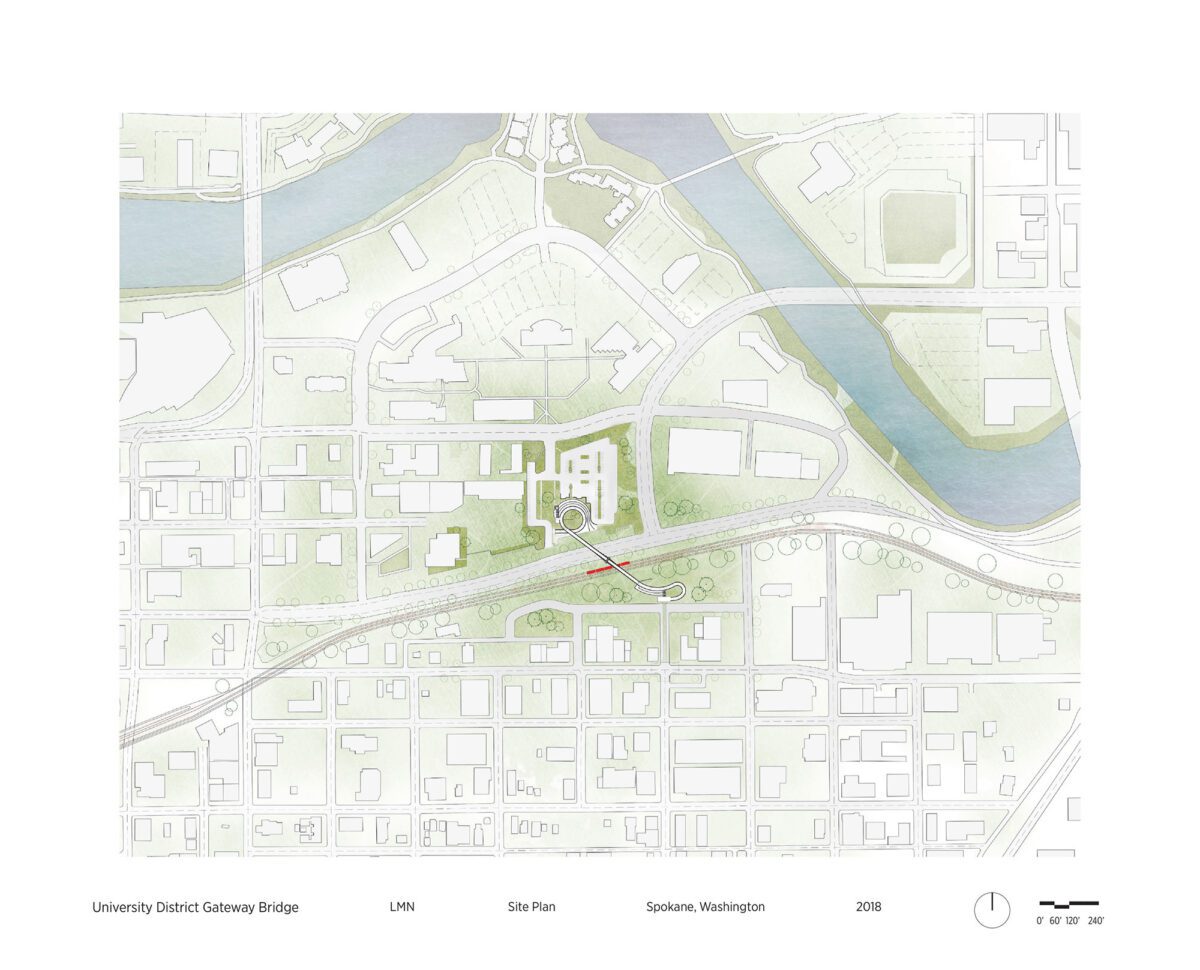 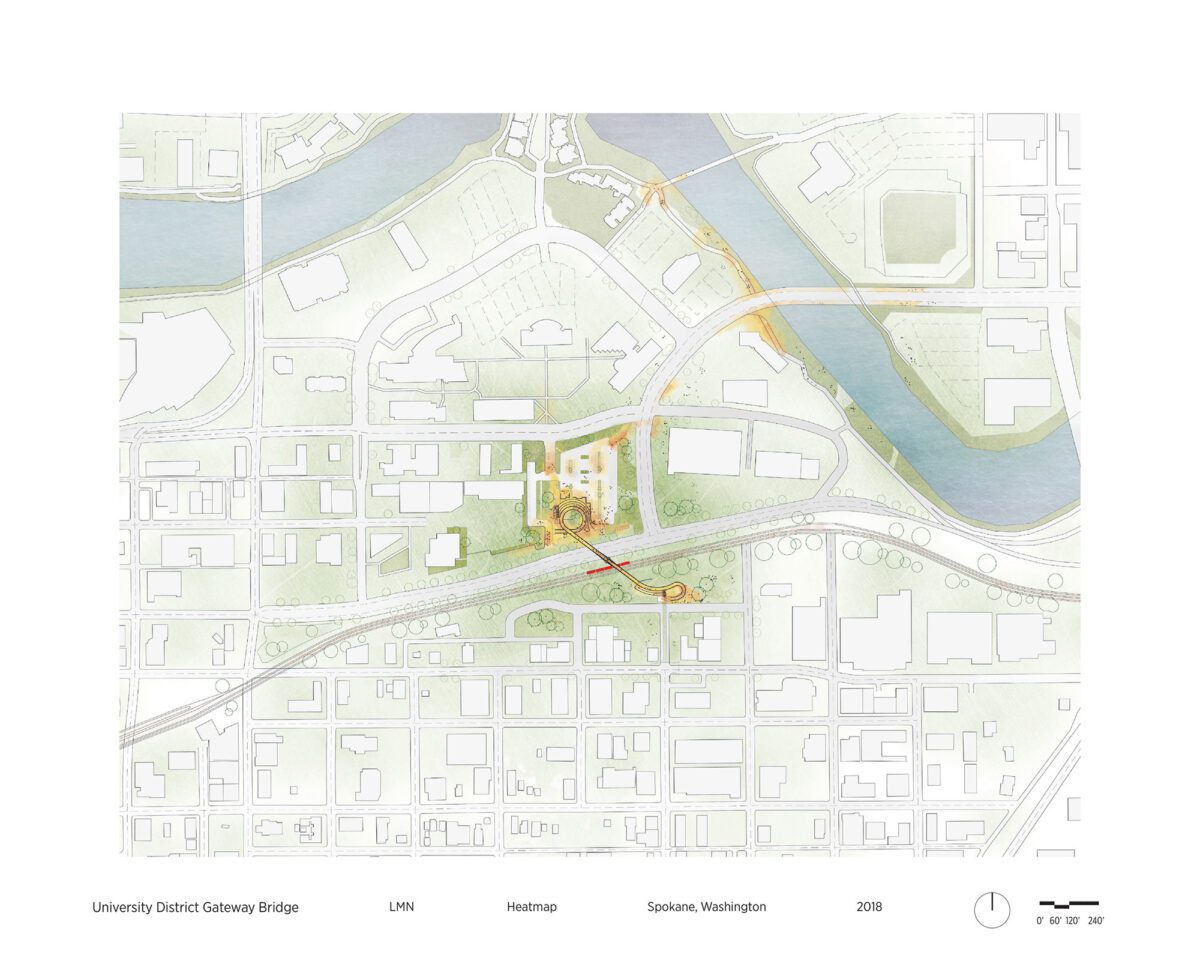 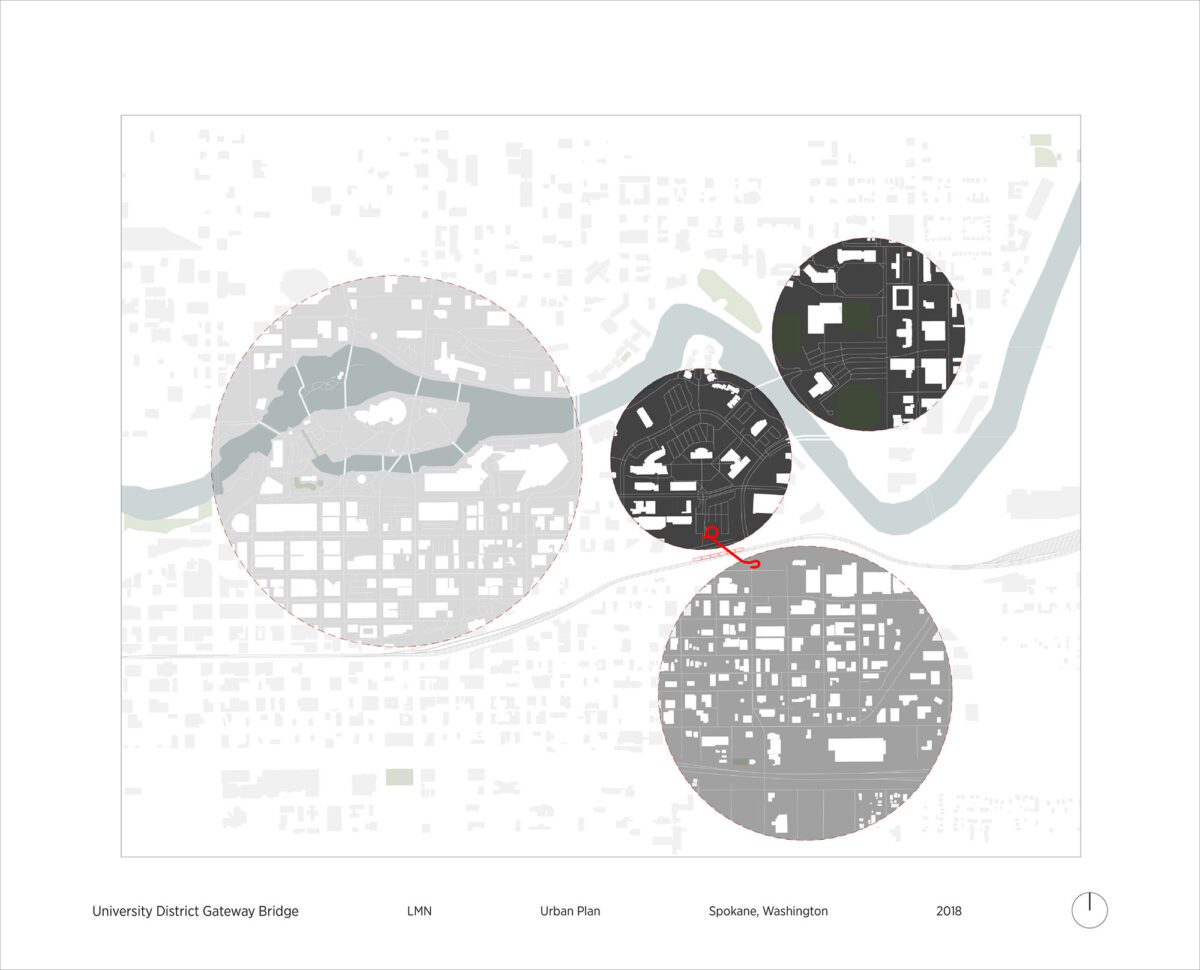 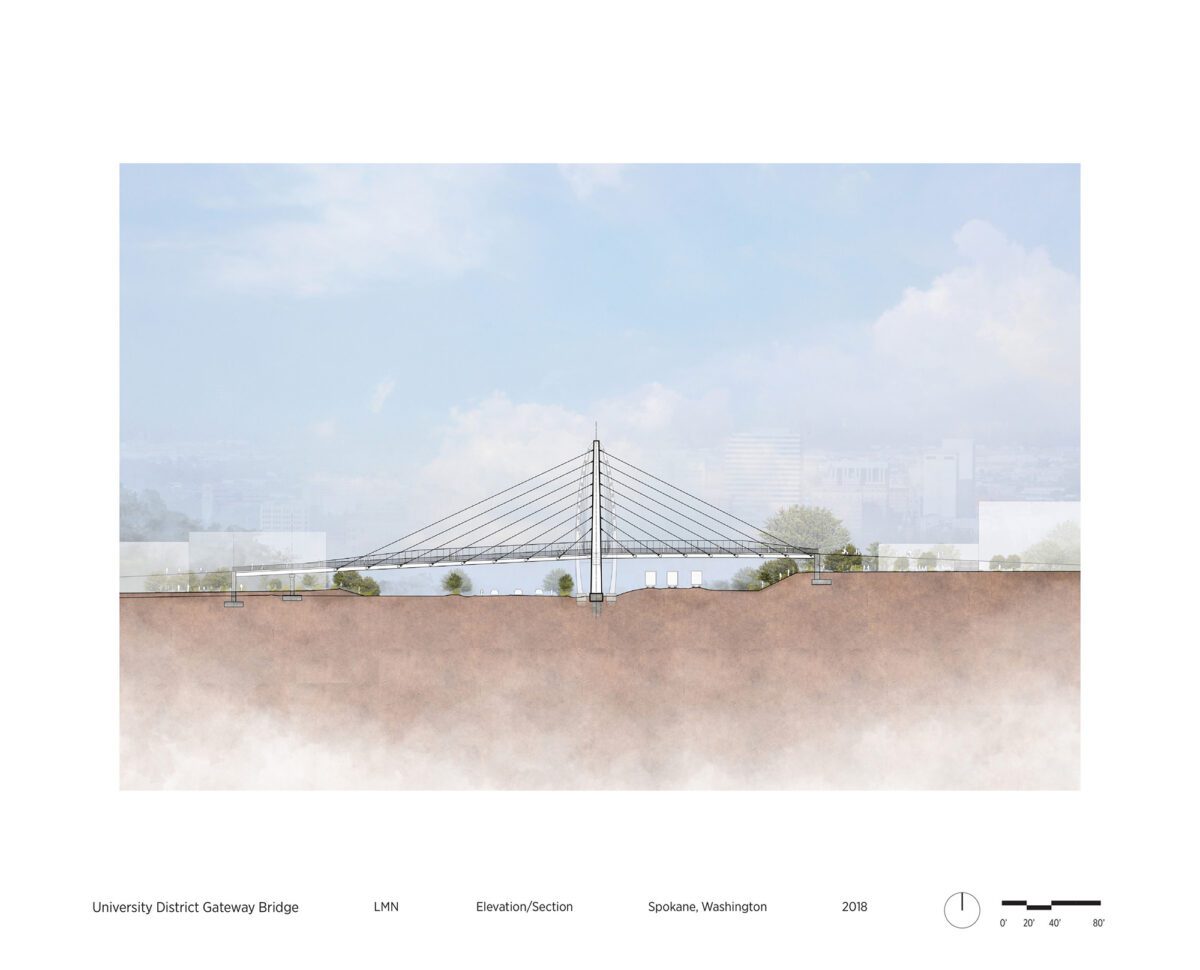