The Grand Avenue Park Bridge illustrates the power of how architectural thinking can elevate the civic potential of fundamental infrastructure. Long separated from its waterfront, the City of Everett conceived a project to connect critical utilities and pedestrians from the Northwest neighborhood to the city’s developing waterfront district. The topographic and infrastructural obstacles were significant – an 80-foot-tall slope, an active commercial railway, and a state highway created major barriers between the city and its waterfront, prohibiting pedestrian access over a three-mile stretch of bluff.

The design is pragmatic and economical. The form and materials of the structural truss respond directly to its programmatic needs, recalling the character of traditional railroad trusses found across the Pacific Northwest. Wrapping around and running through the truss, a digitally fabricated bare-aluminum guardrail system serves as the bridge’s wayfinding, safety, and lighting systems, contrasting with the weathered steel truss. The resulting visual composition is a formal counterpoint of muscular and delicate, rustic and refined, symmetrical and asymmetrical.

The experience of the bridge is one of discovery, revealing views both inward and outward along its varied pathway. The bridge functions as an extension of the park, bringing the life of the waterfront into the City through its inviting character. The bridge has become a prominent destination, augmenting the pedestrian character of the adjacent neighborhoods and waterfront. Through its design and impact, the Grand Avenue Park Bridge serves as a catalyst for continued revitalization and a demonstration of the City’s commitment to its community and environment. 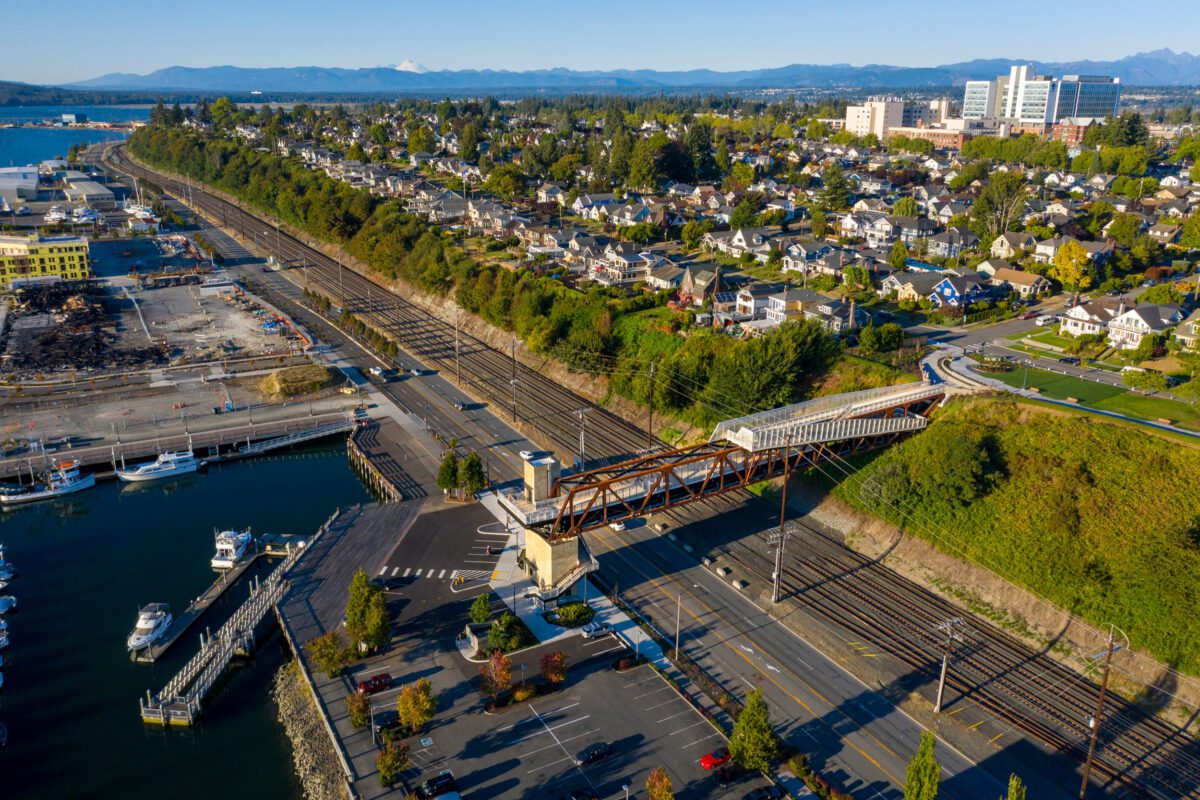 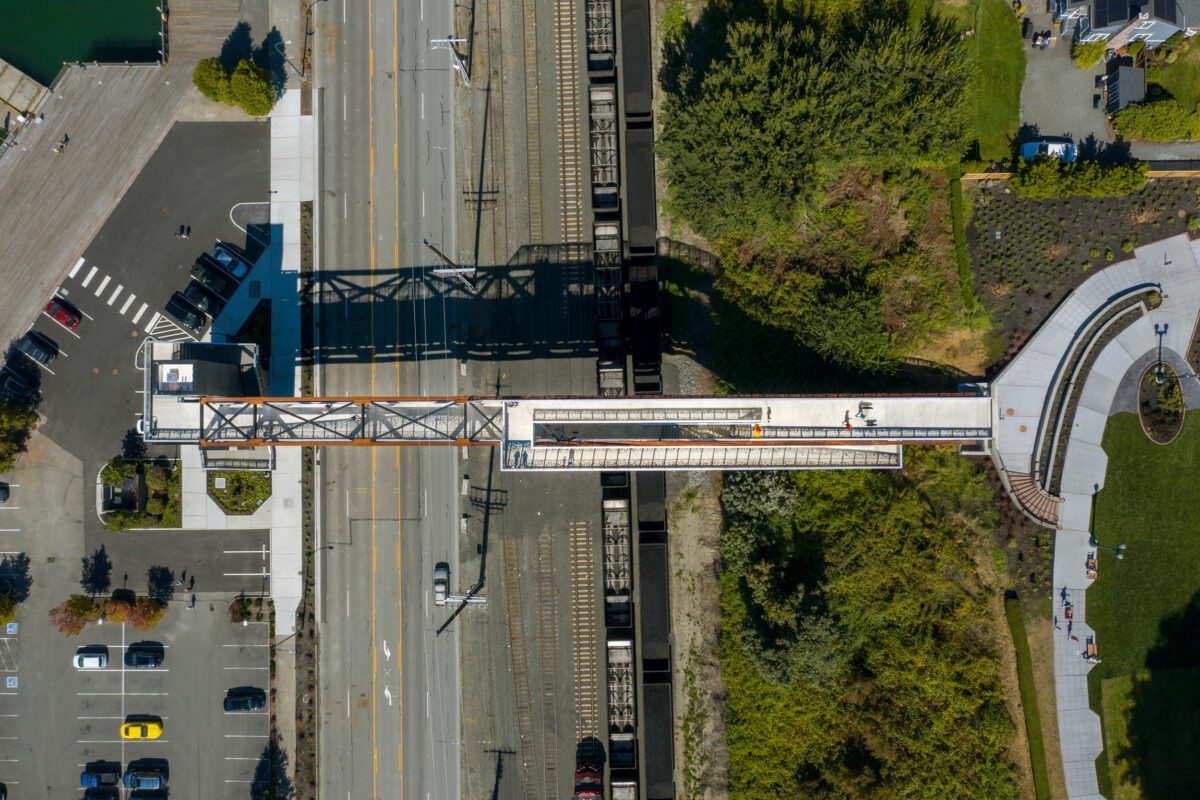 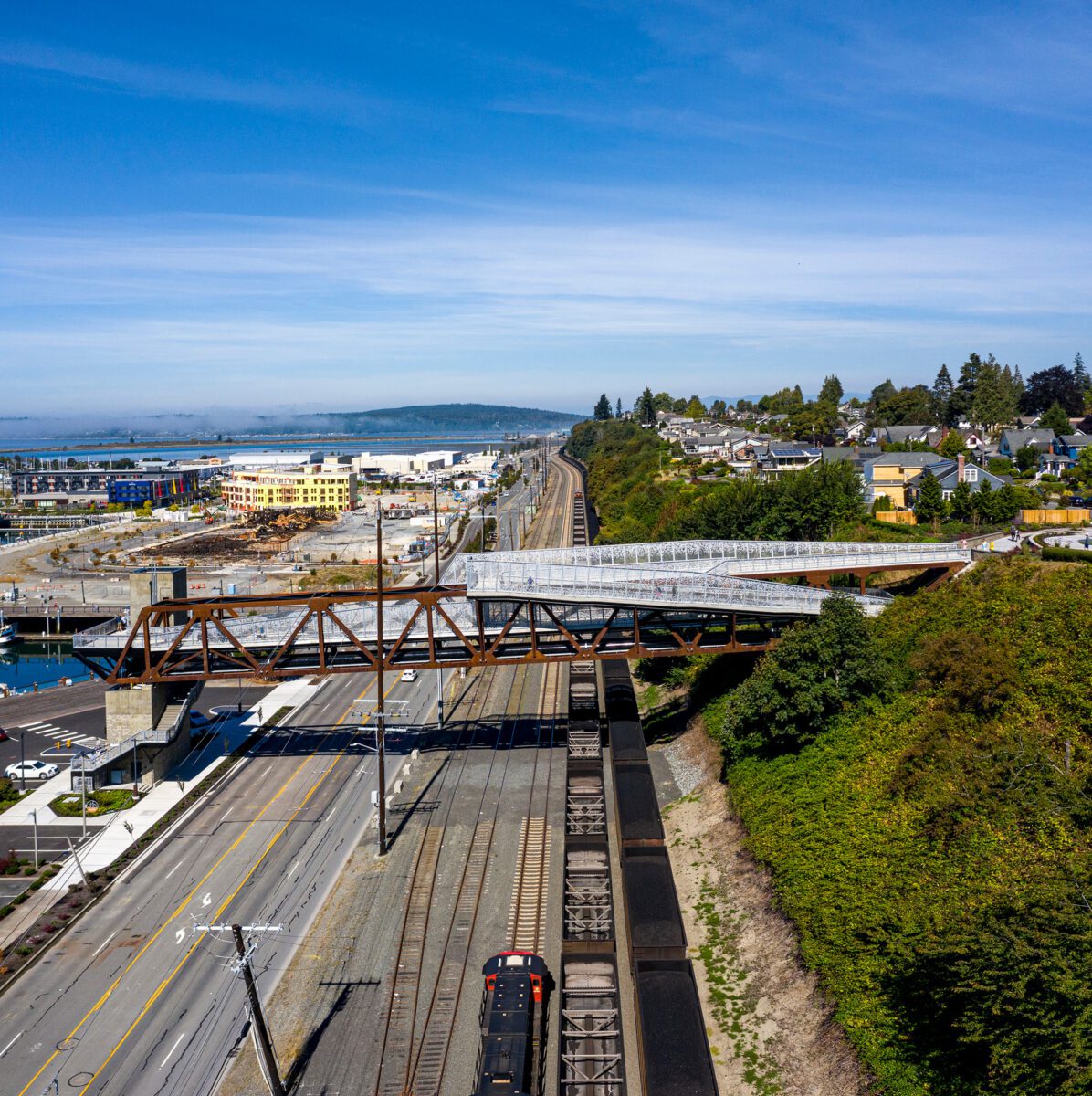 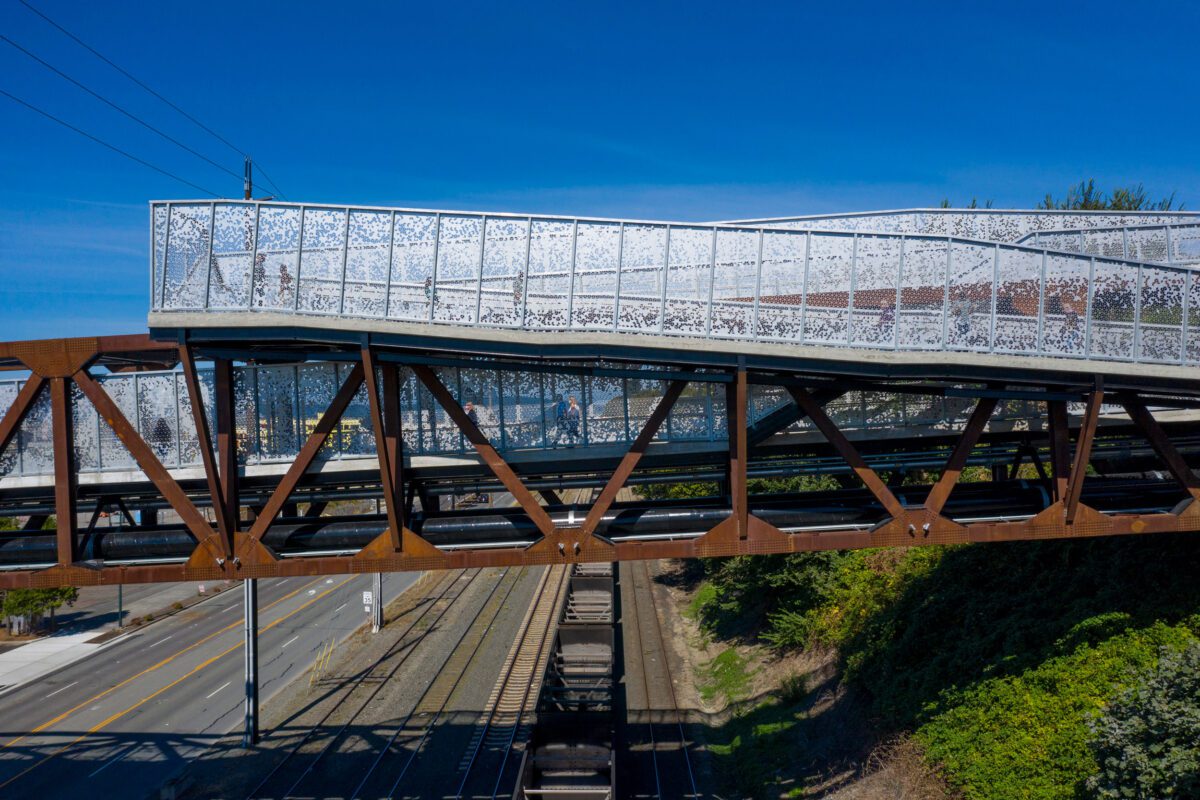 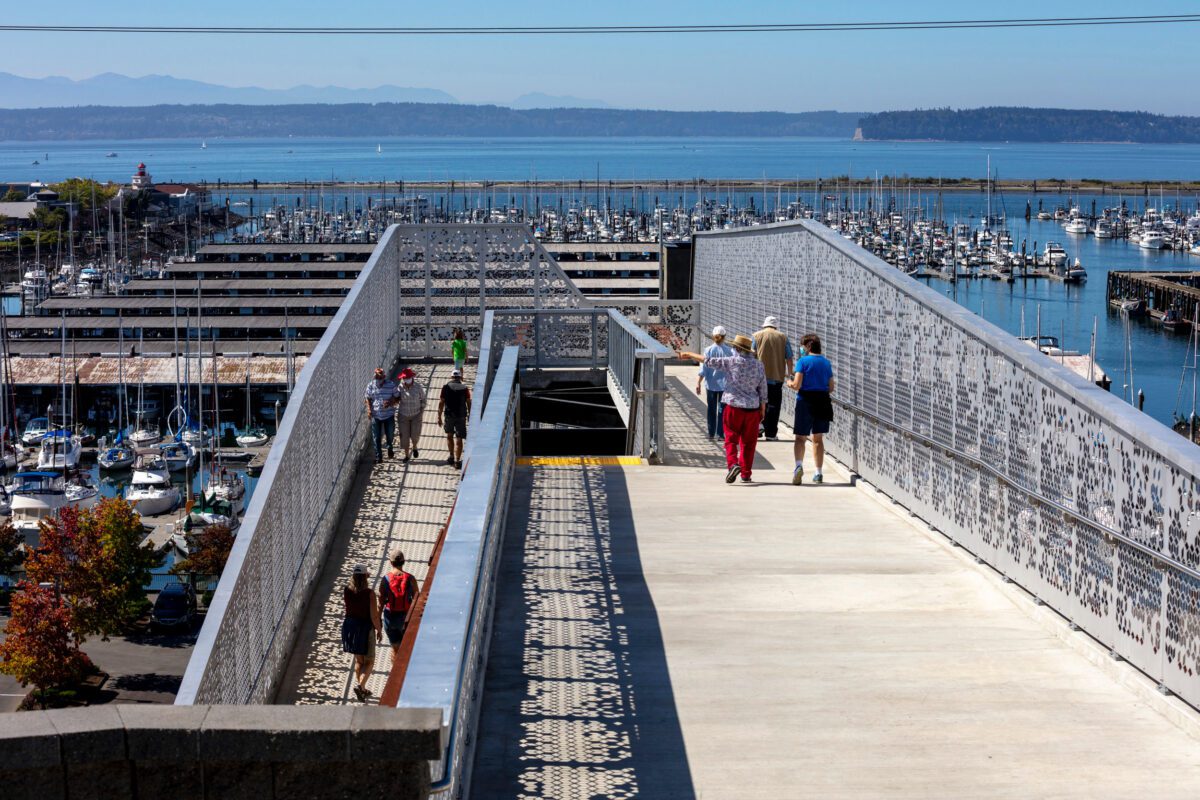 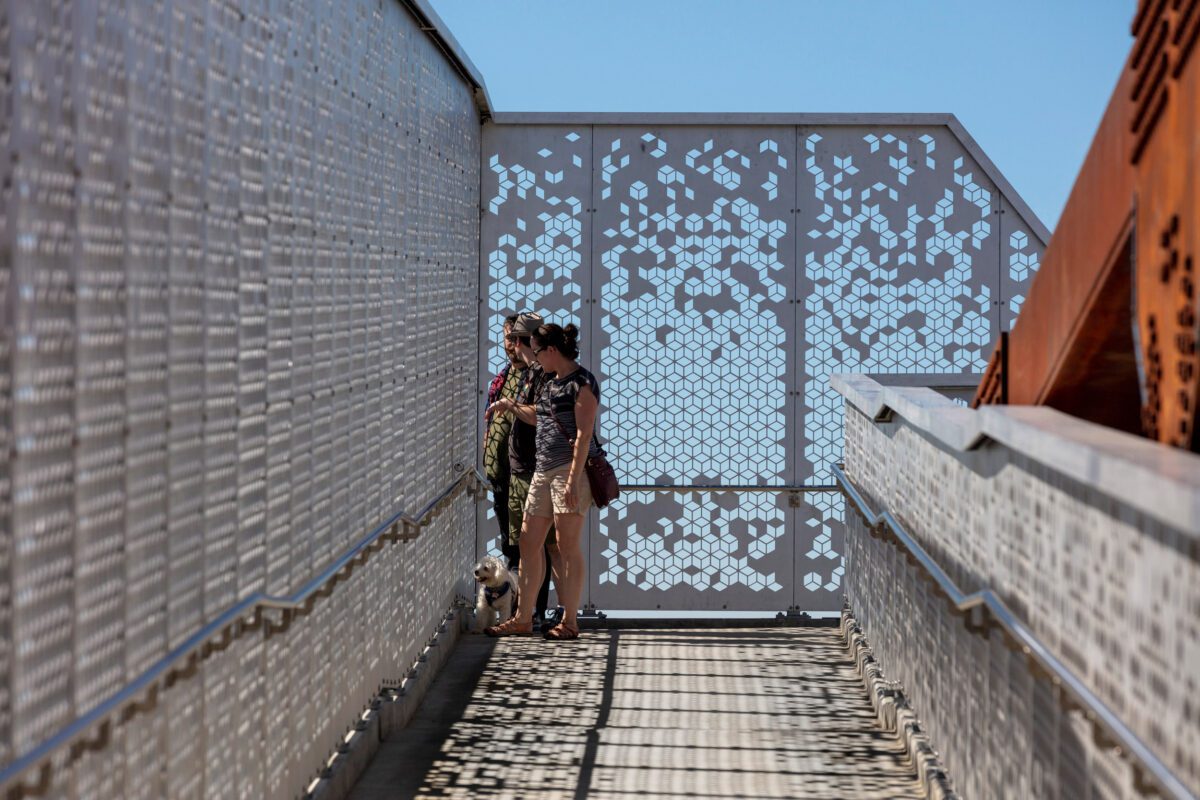 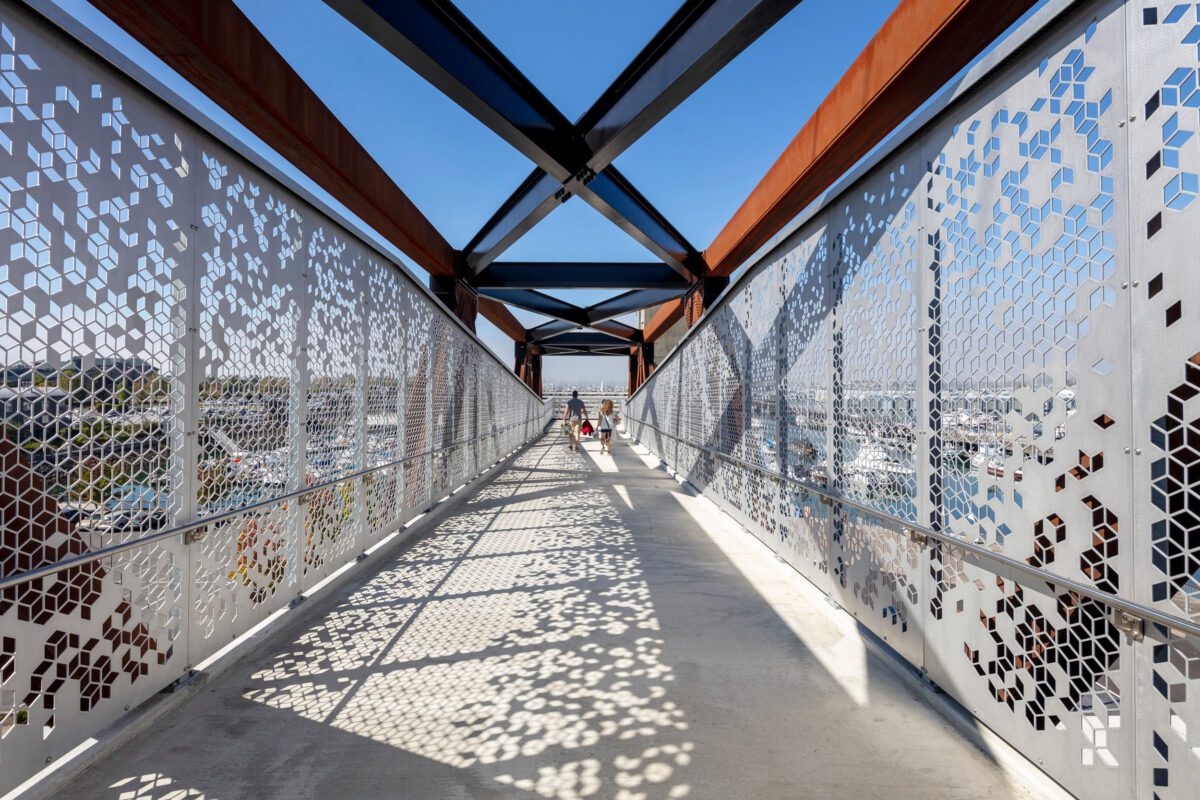 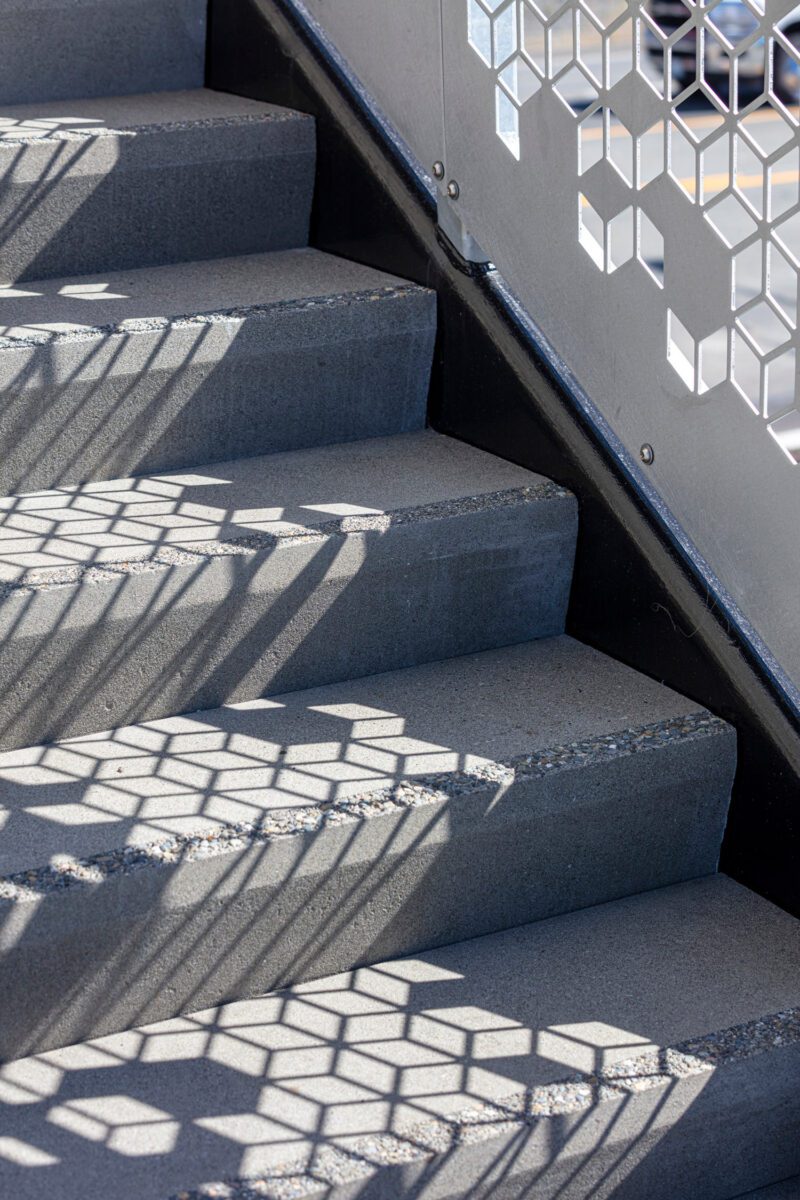 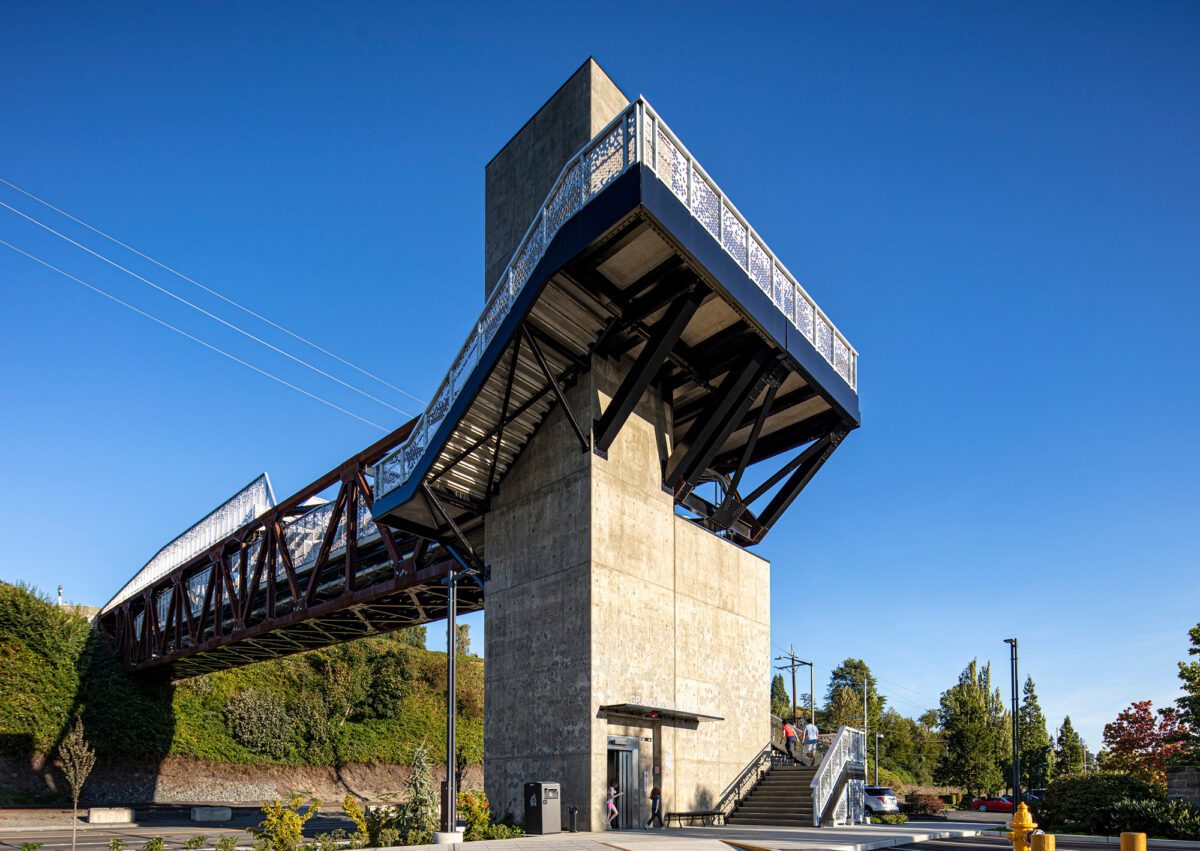 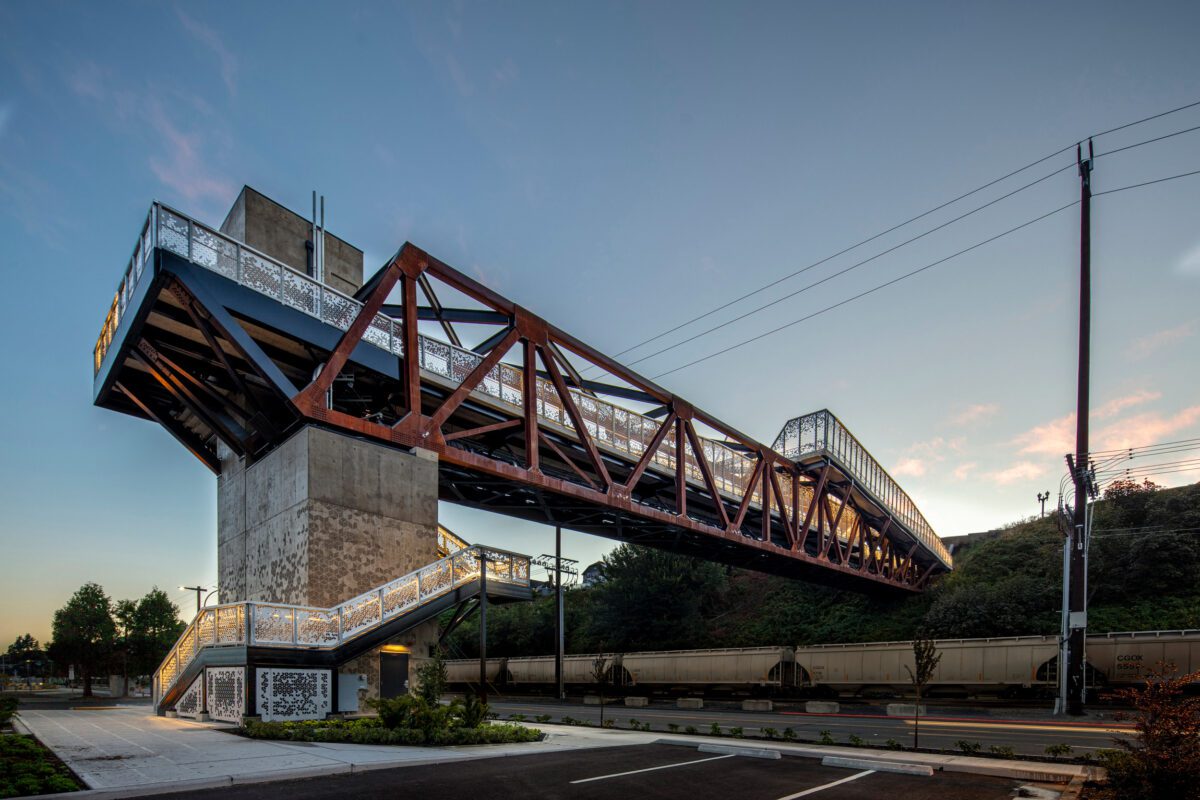 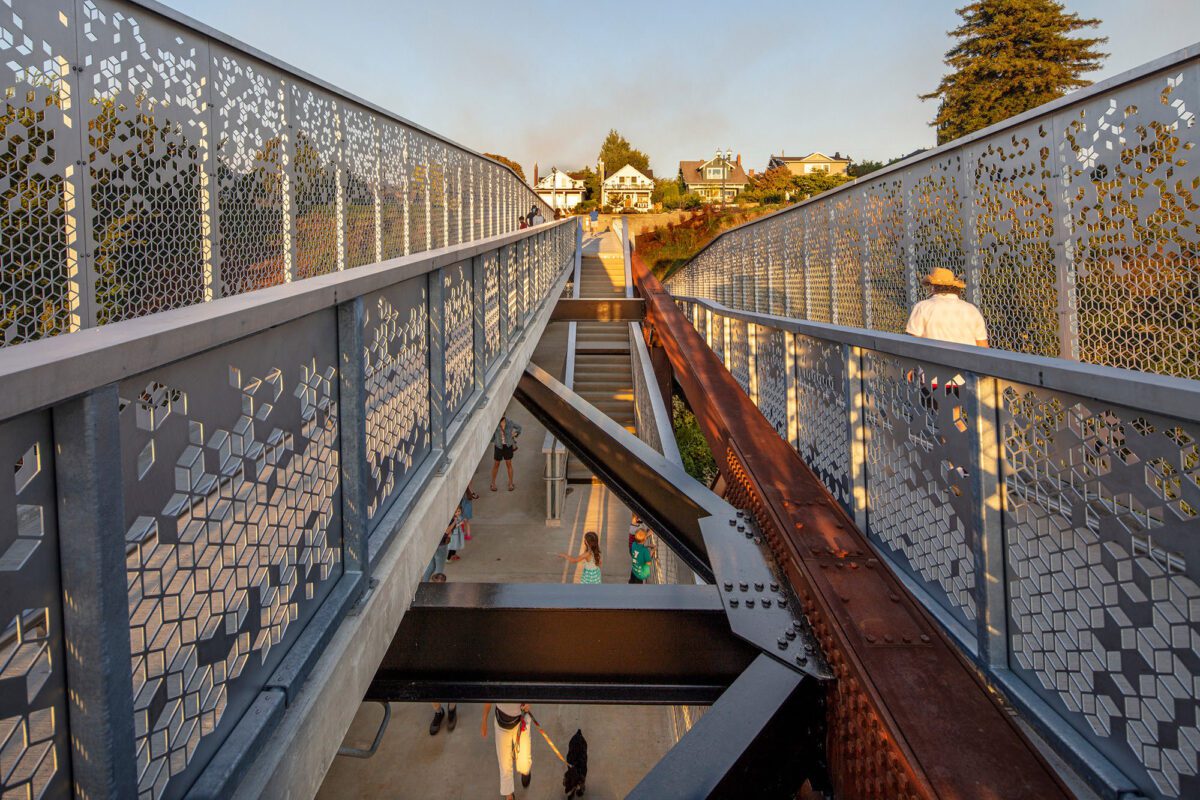 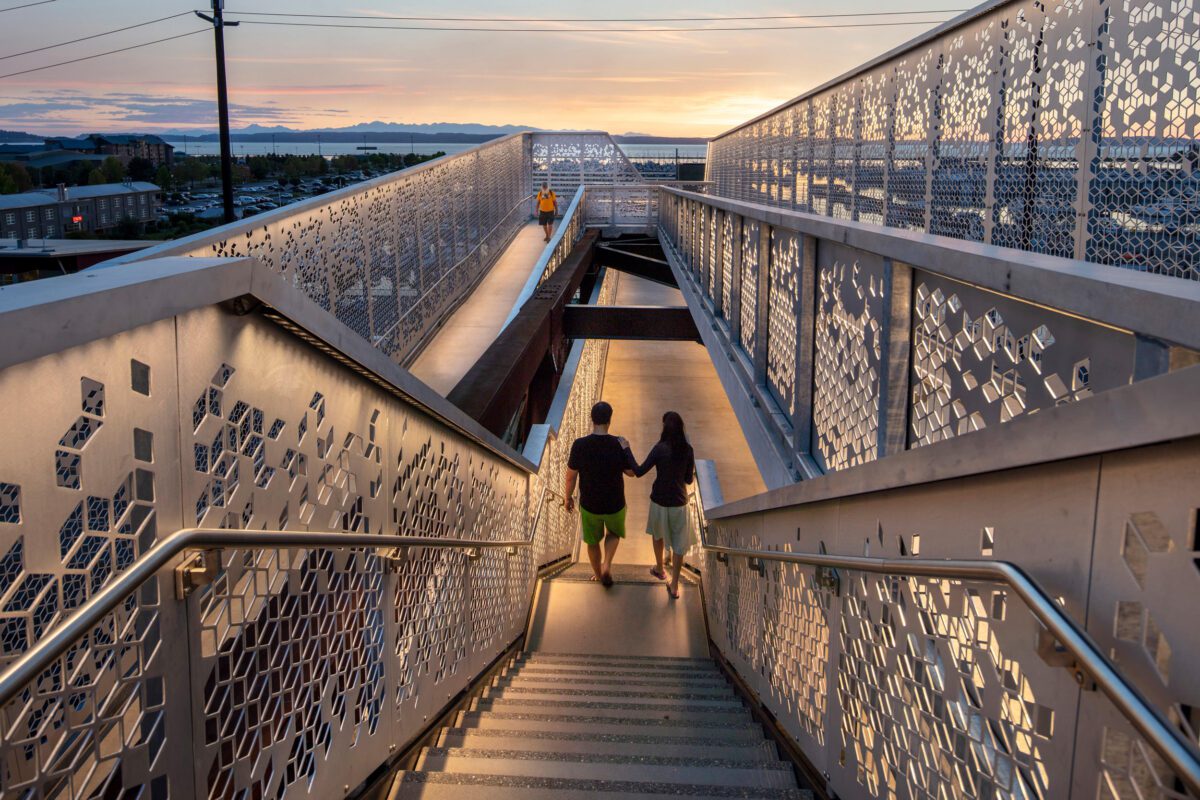 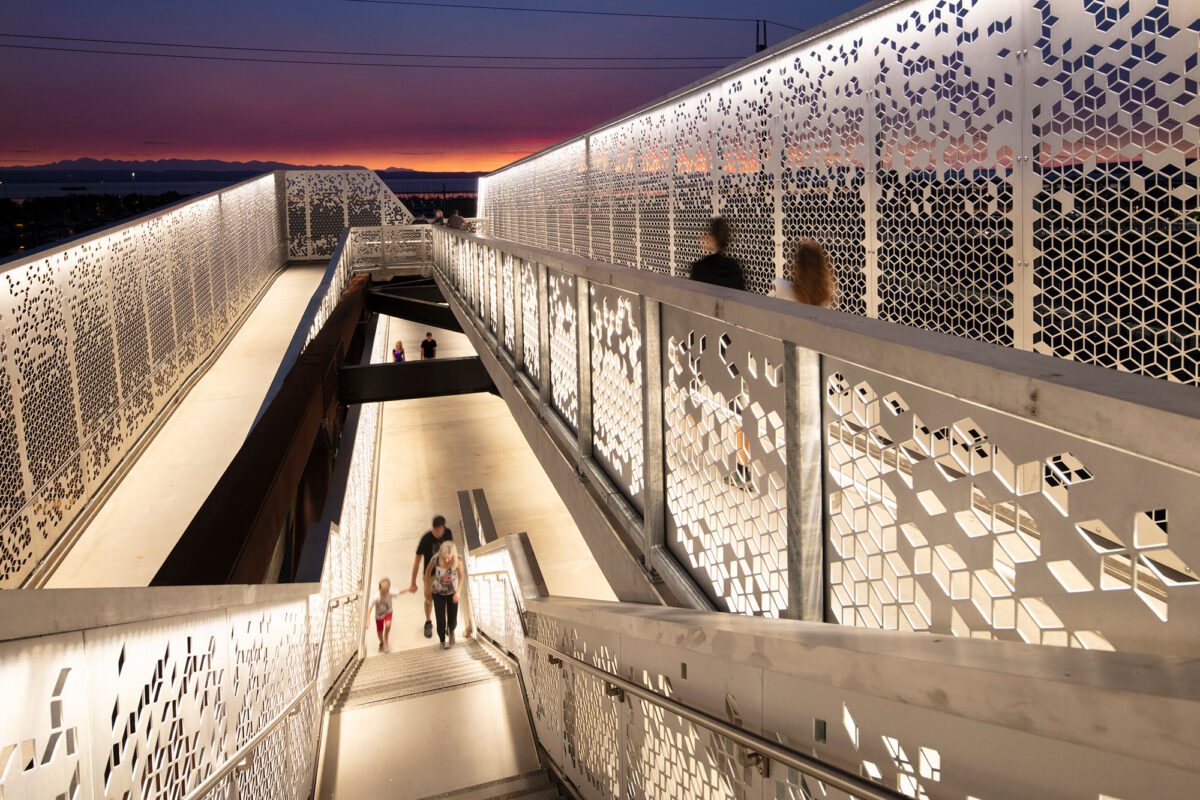 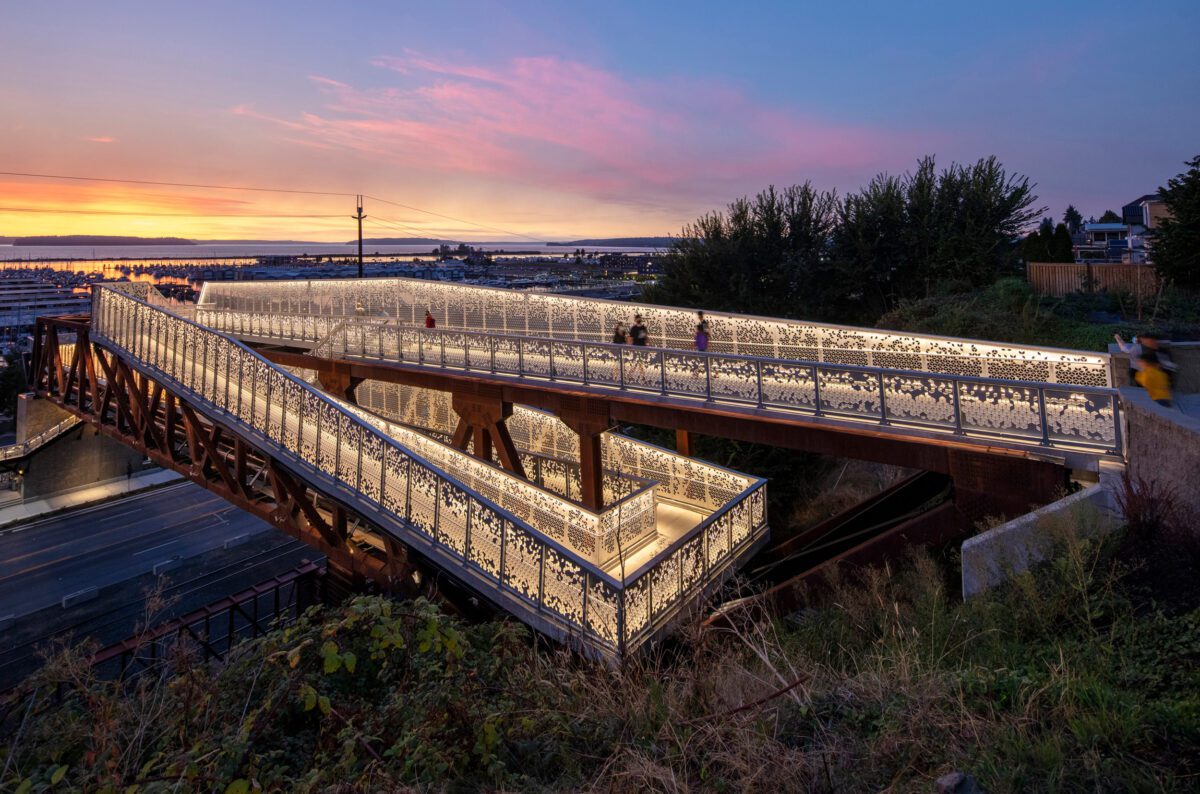 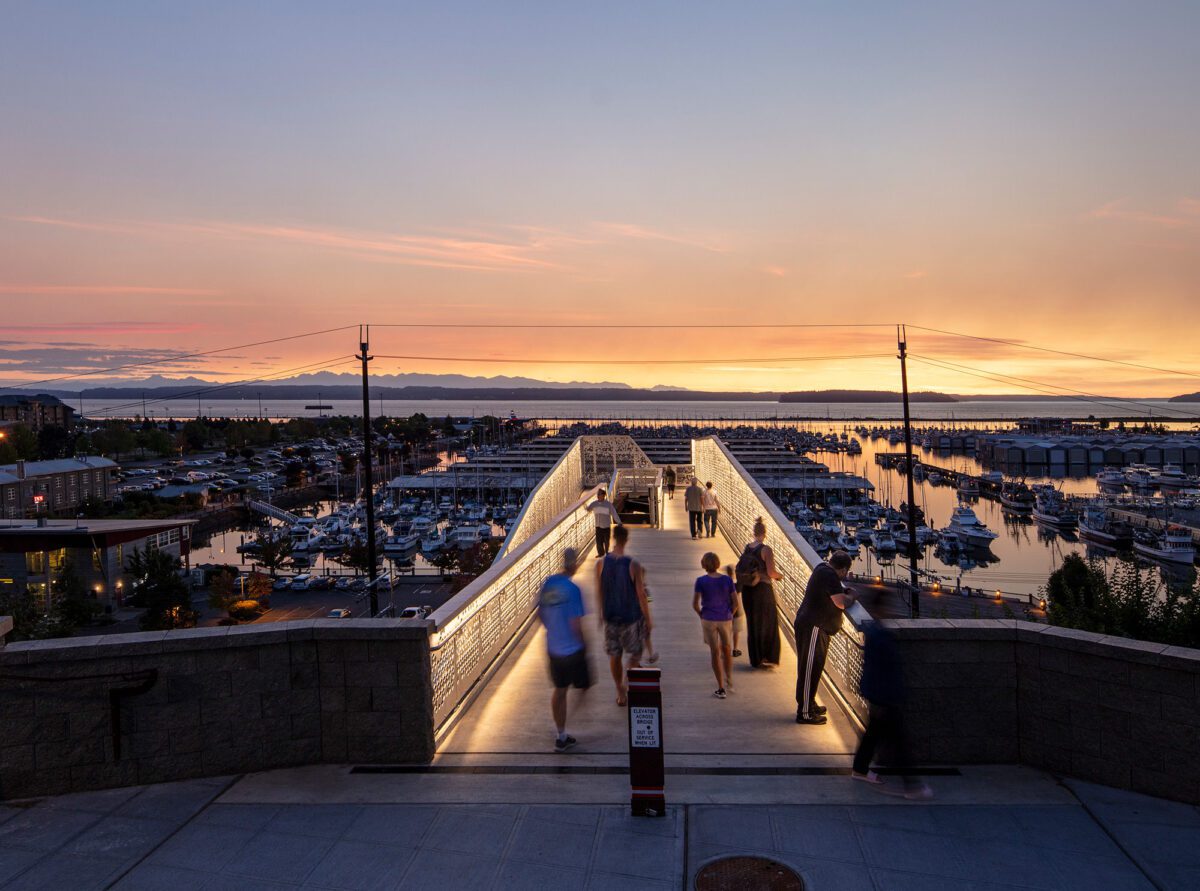 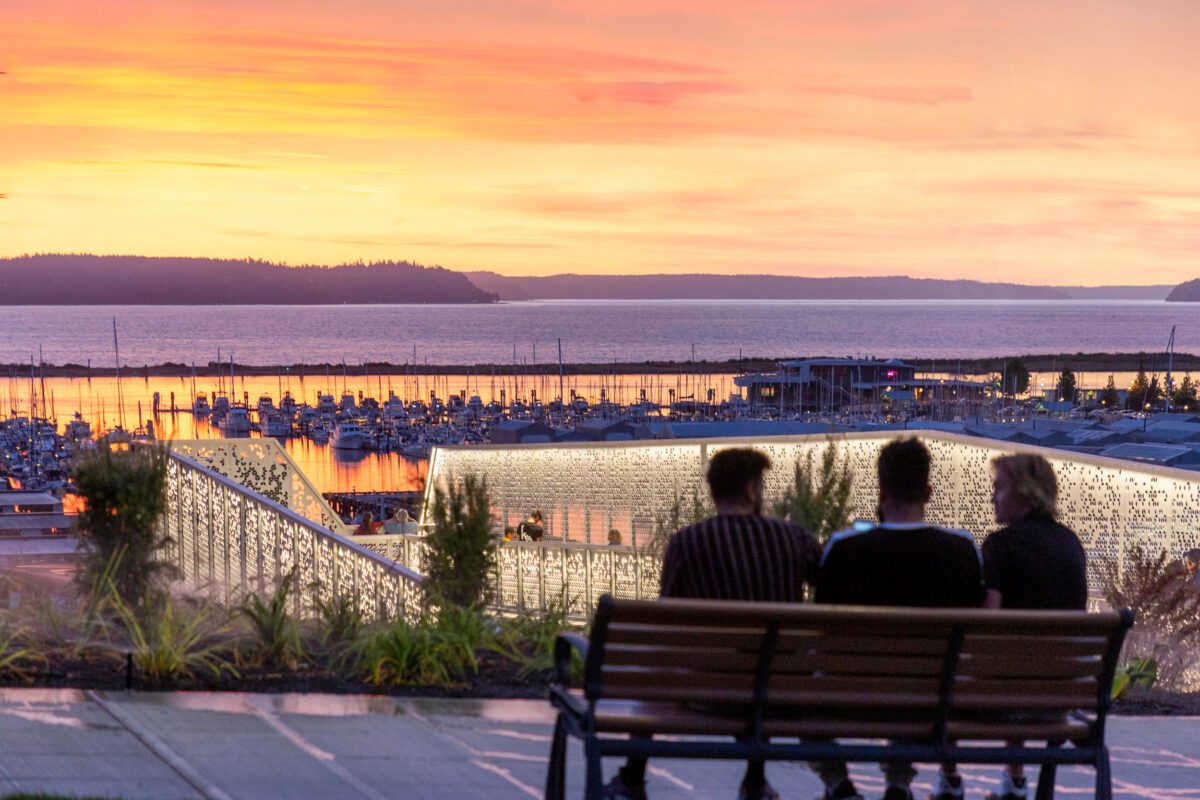 The guardrail’s diamond-shaped perforation pattern was inspired by the bridge’s natural and manmade context, evoking the forms of the native leaves and vines on the hill. The design ties into the park, the green slope, and the public marina, helping to create natural connections. 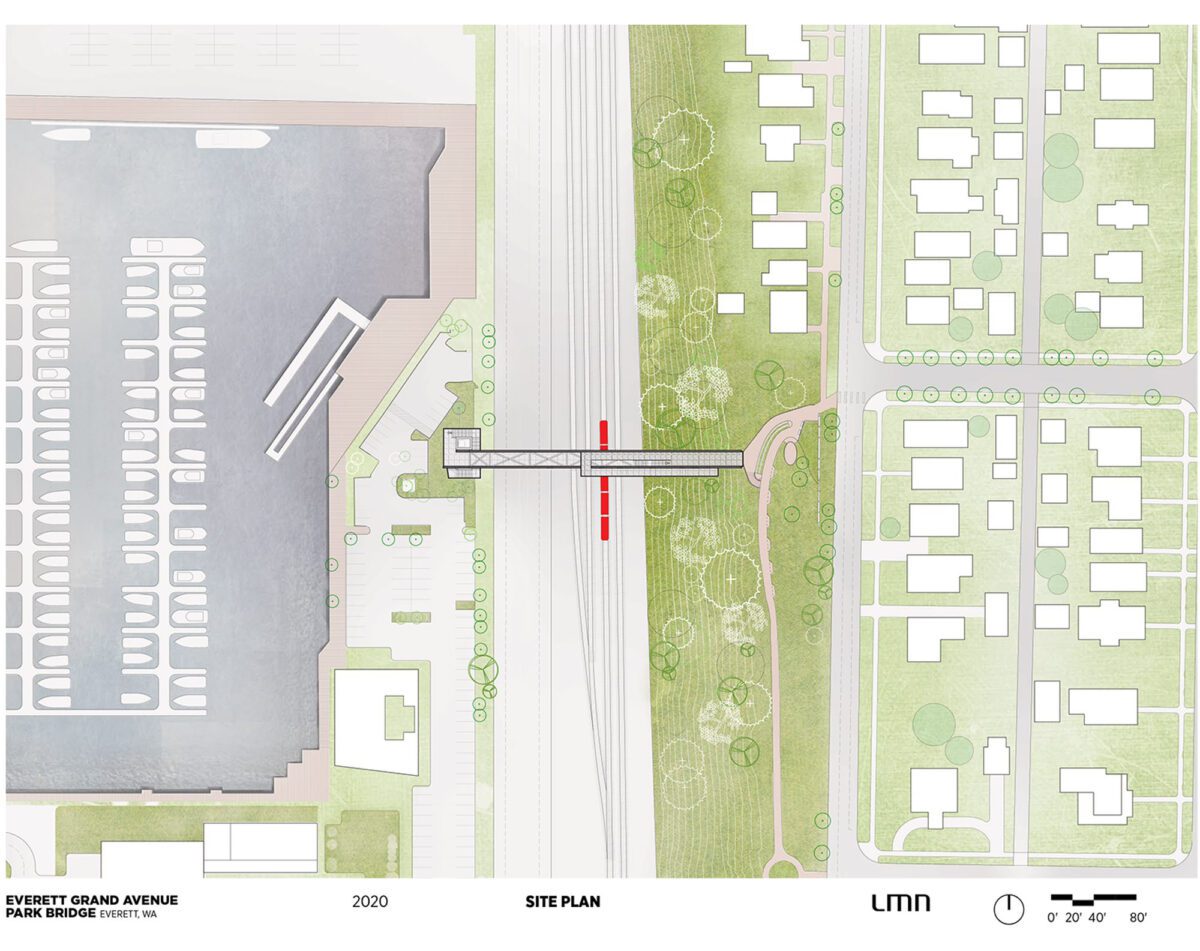 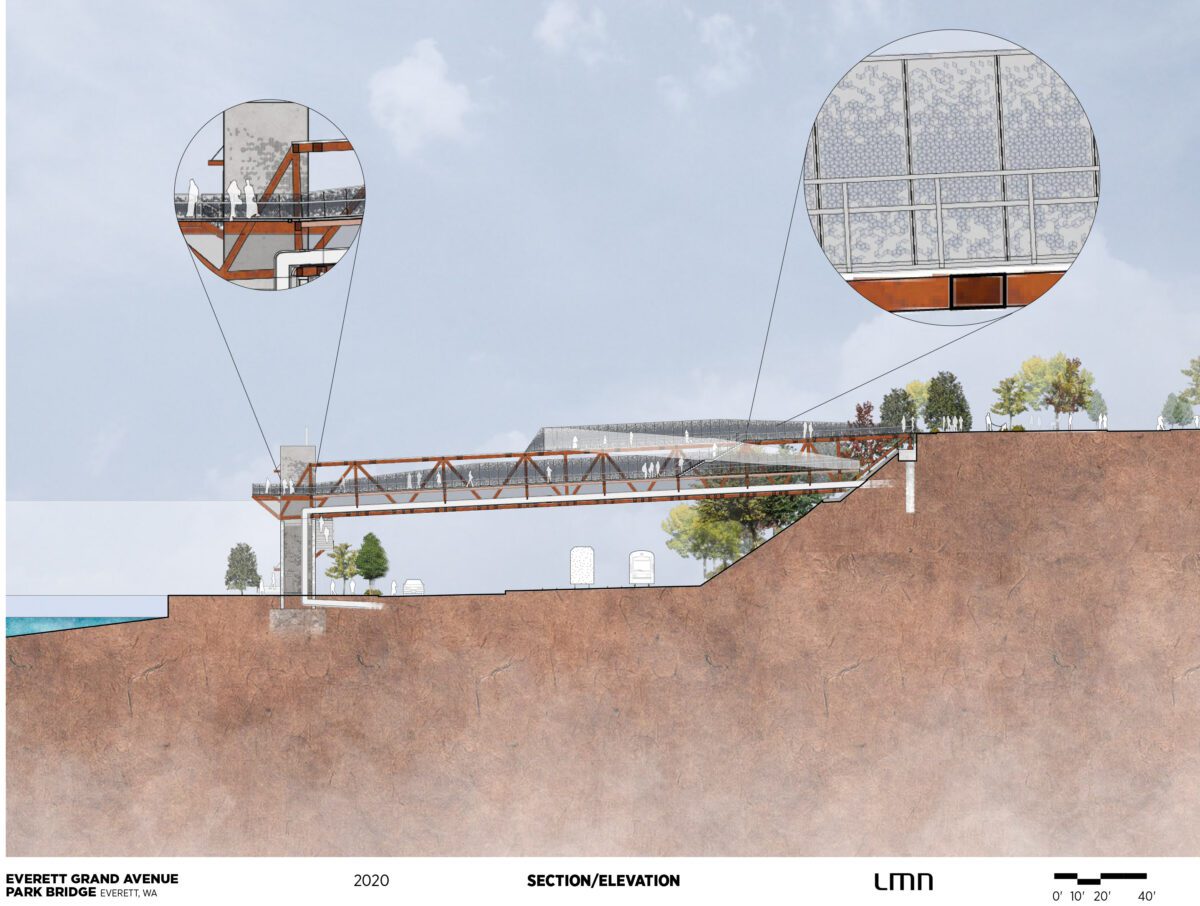 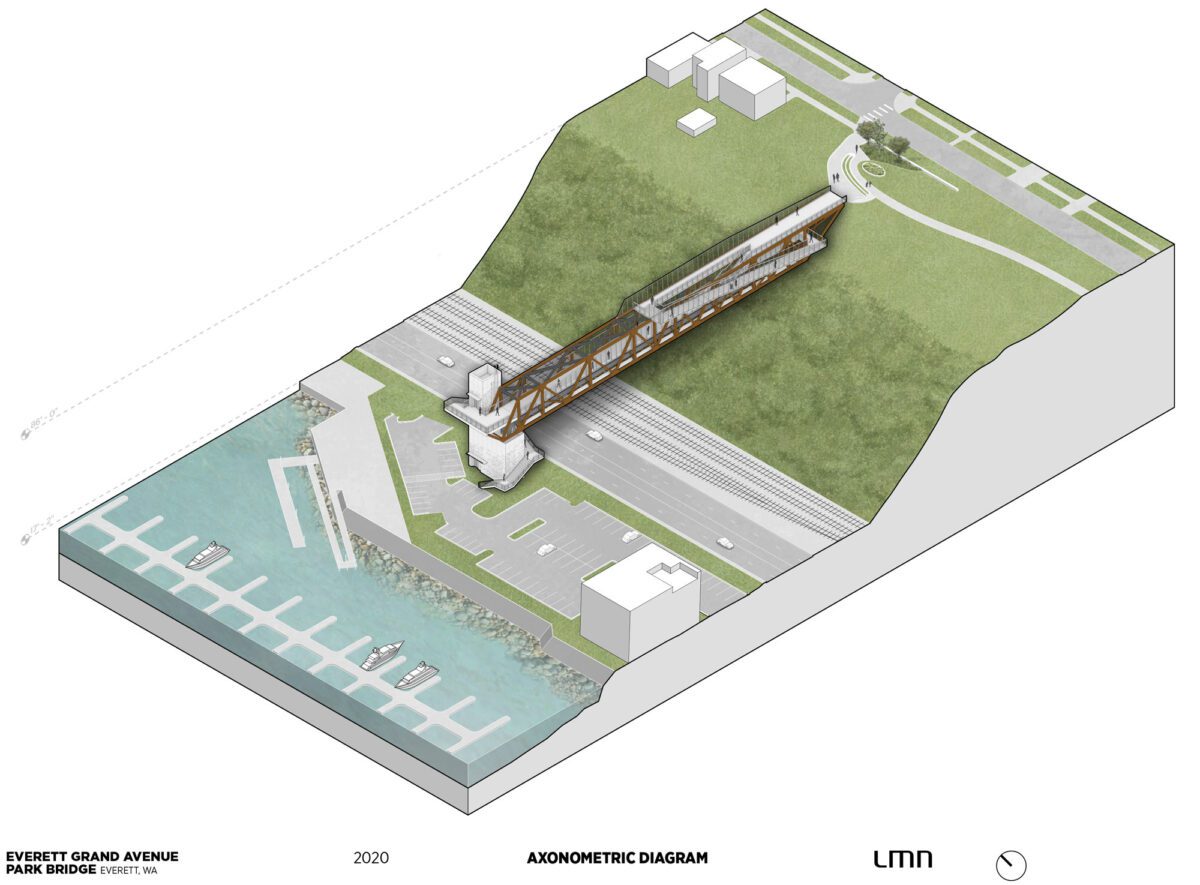