Seattle’s University District is a bustling and eclectic mixed-use community situated directly between the city’s downtown core and the burgeoning neighborhoods to the north. With the University of Washington’s Seattle campus and numerous commercial enterprises creating a destination for thousands of students, workers, and visitors every day, this station anticipates record numbers of riders in fulfilment of its pivotal role in Seattle’s urban evolution.

From the north and south lobbies, patrons descend through the escalator and stair tubes to a mid-level open landing, placed within a tall voluminous central space, and continue to the train platform below via open escalators or an open stair. The landing appears to float above the angled cross-bracing elements and is offset to the east. The offset, along with artwork and video installations on the west wall, create a design asymmetry that will help to define north-south wayfinding and directionality on the platform. While passengers wait for their trains, they will experience “Fragment Brooklyn” by Annie Han and Daniel Mihalyo of Lead Pencil Studio.

The large central volume is defined by a white corrugated metal ceiling and canted walls that conceal essential back-of-house functions. Wayfinding is enhanced by overhead aluminum tubes containing lighting, speakers, and other systems, which begin at the north and south station entries and trace a path to the platform. Two different colors aid passengers in orienting north and south: orange for north and blue for south. 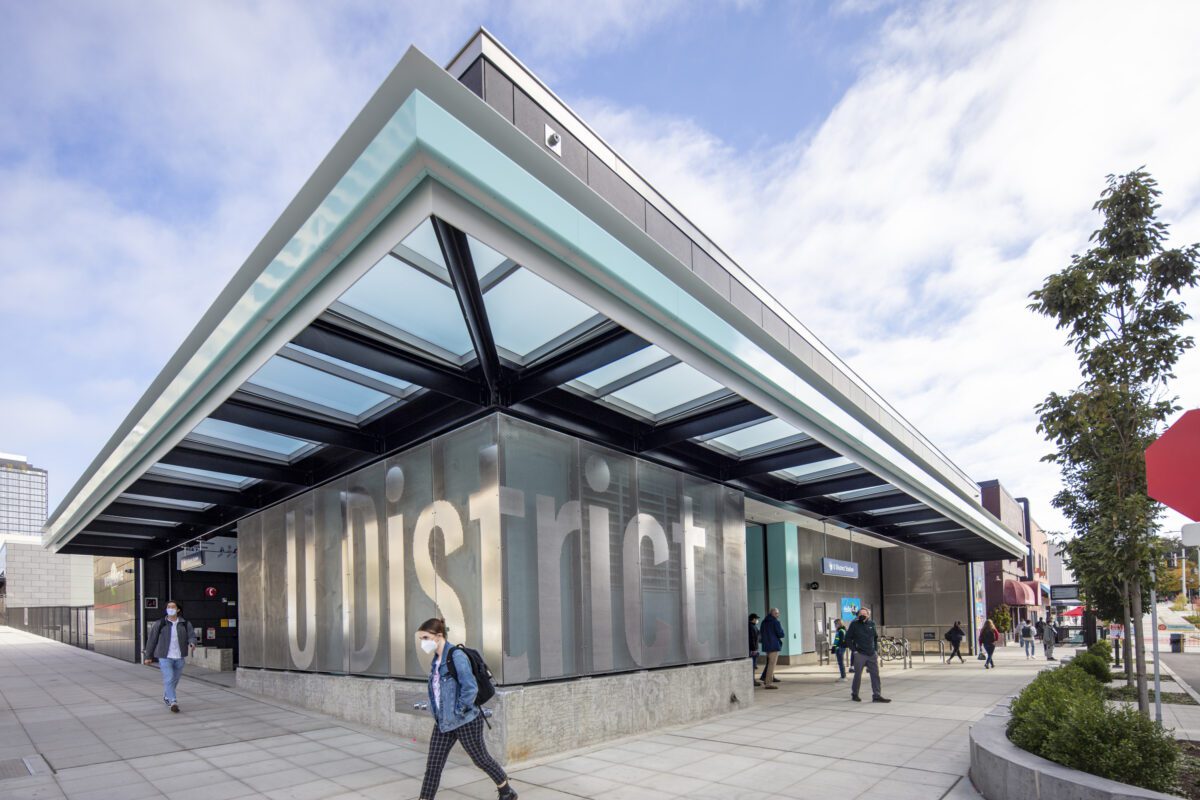 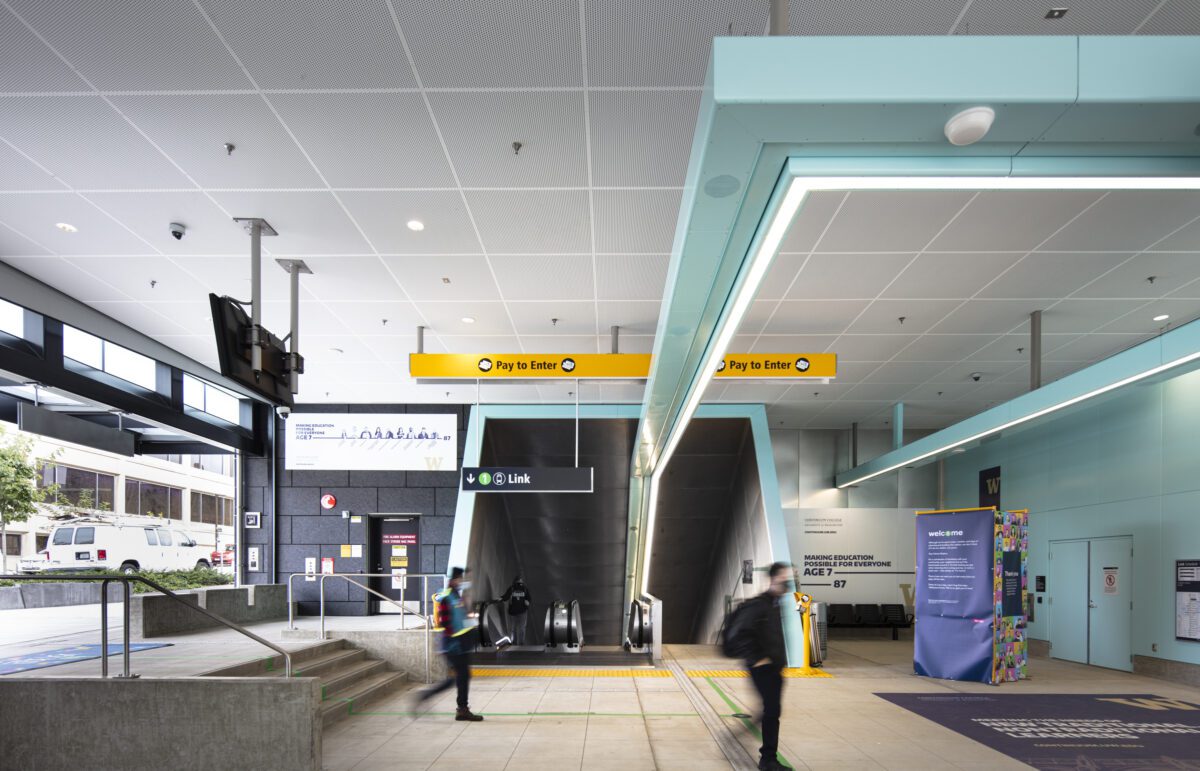 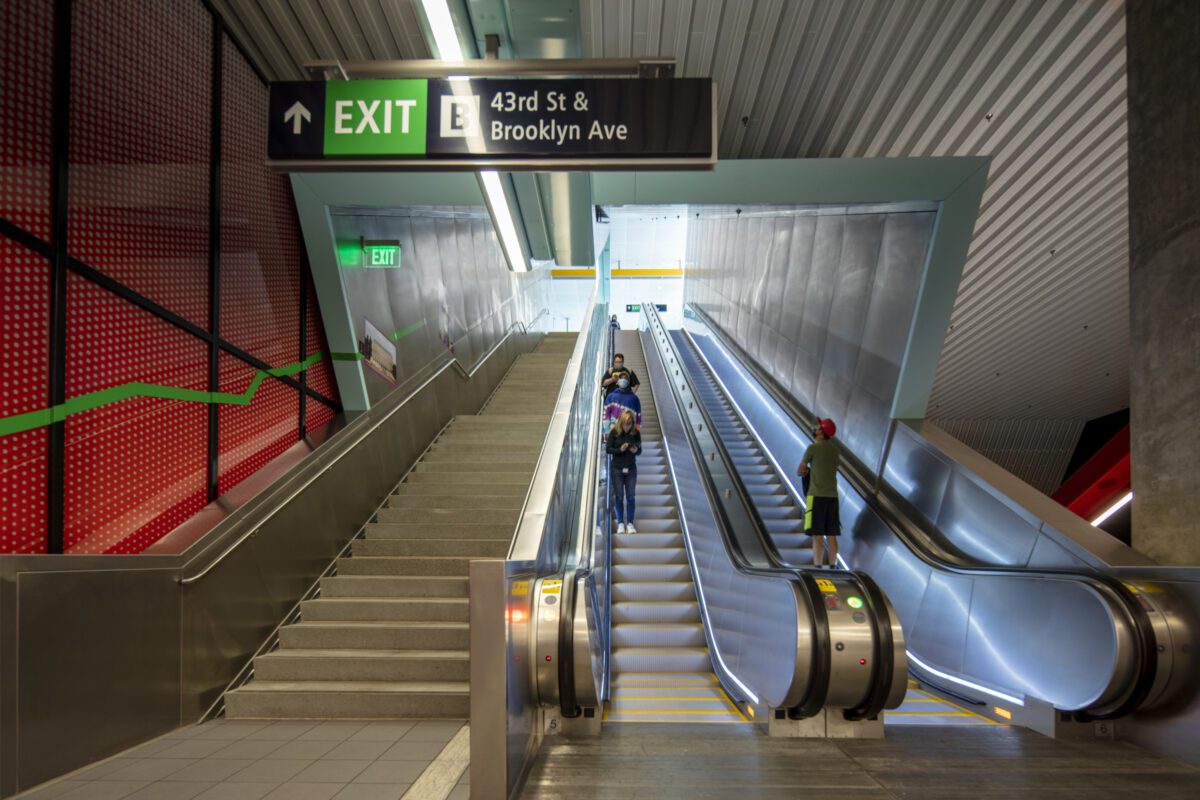 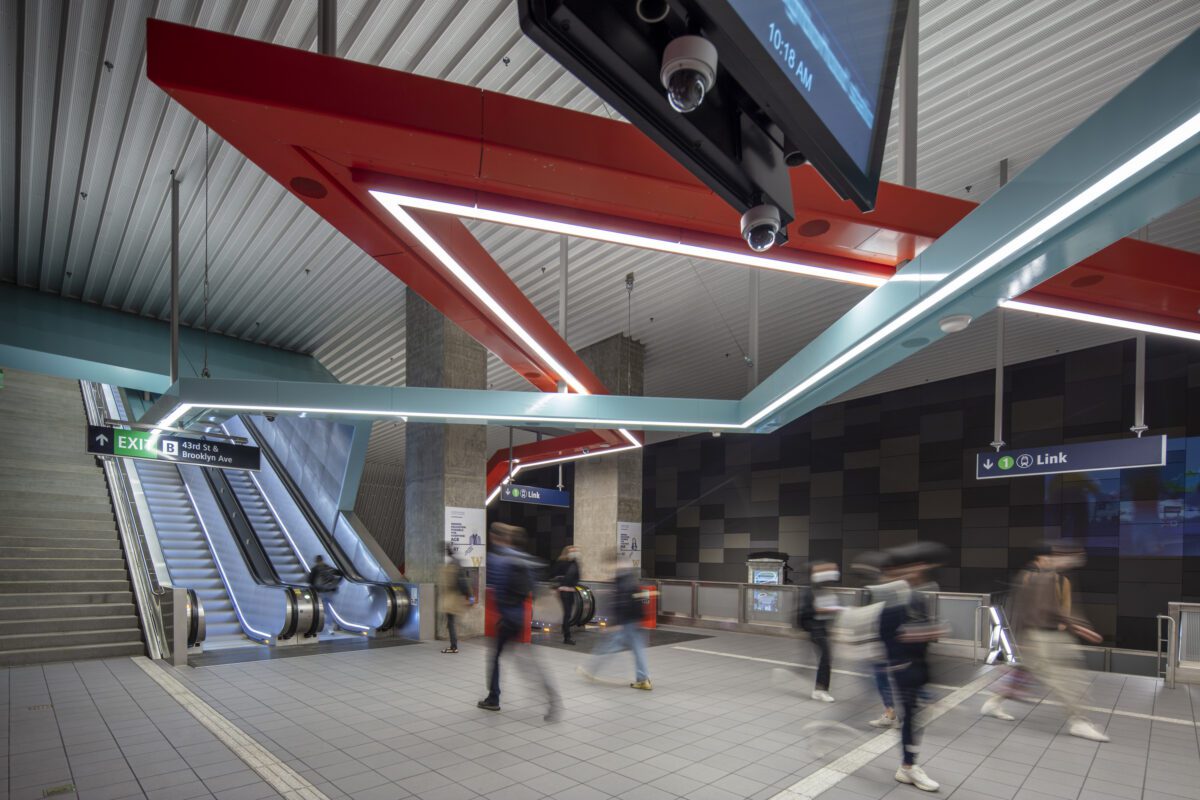 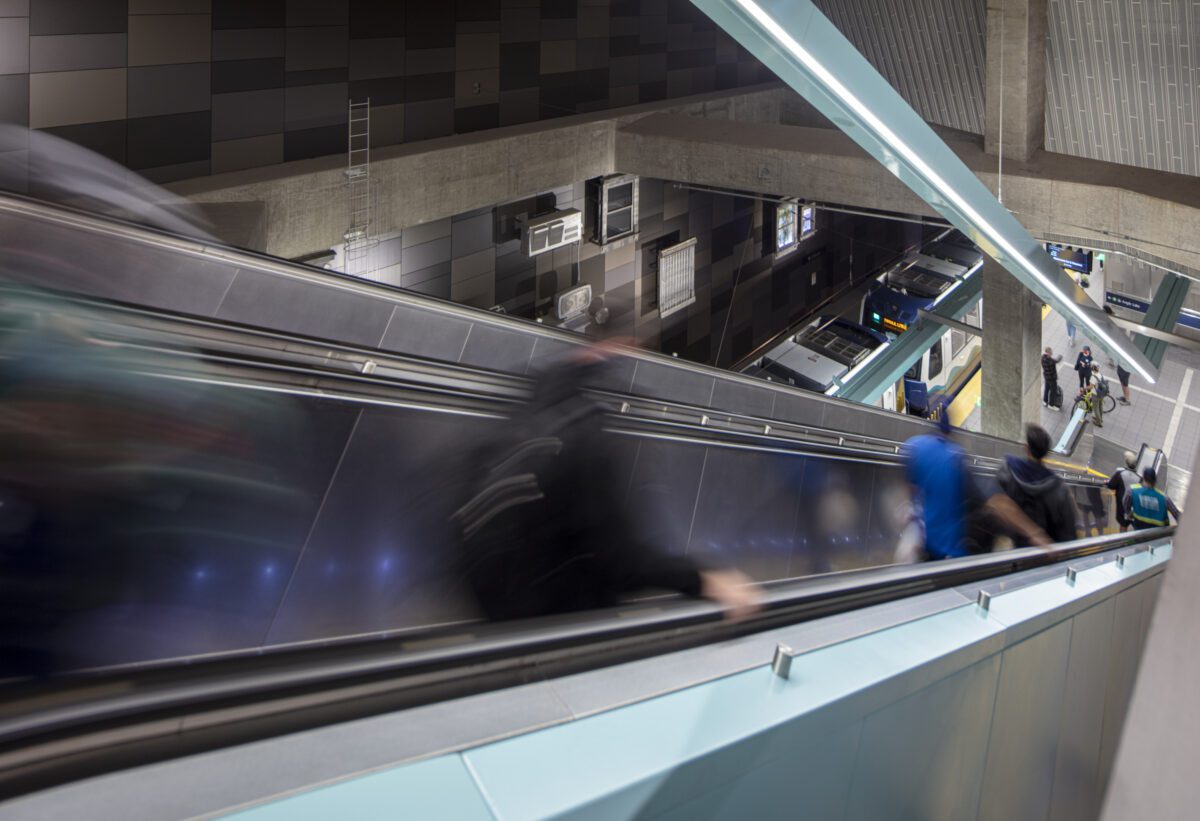 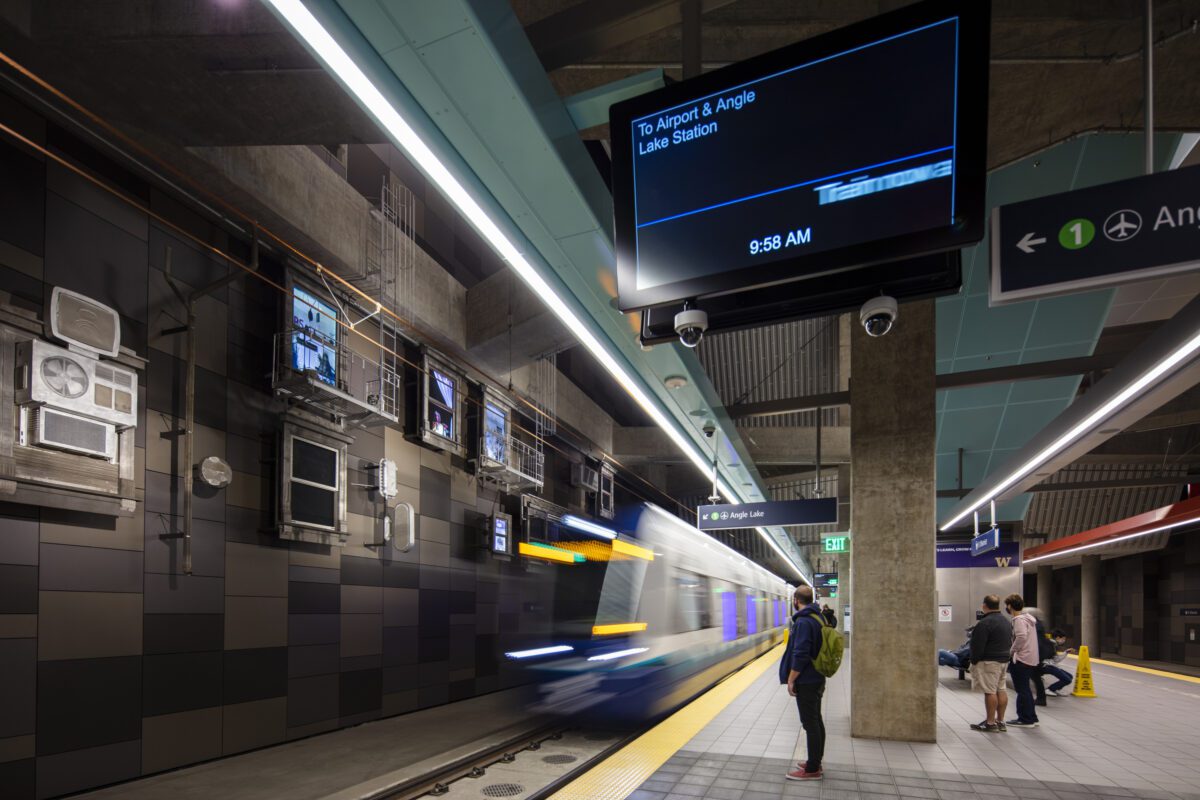 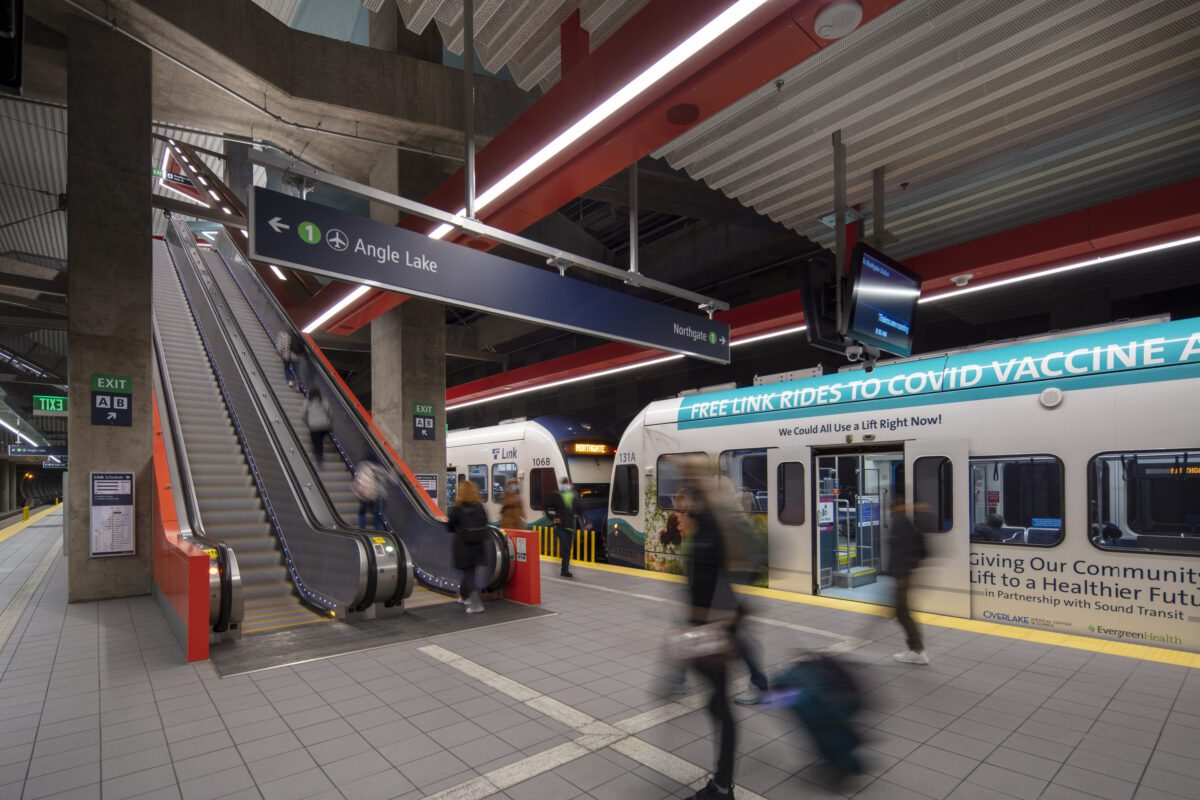 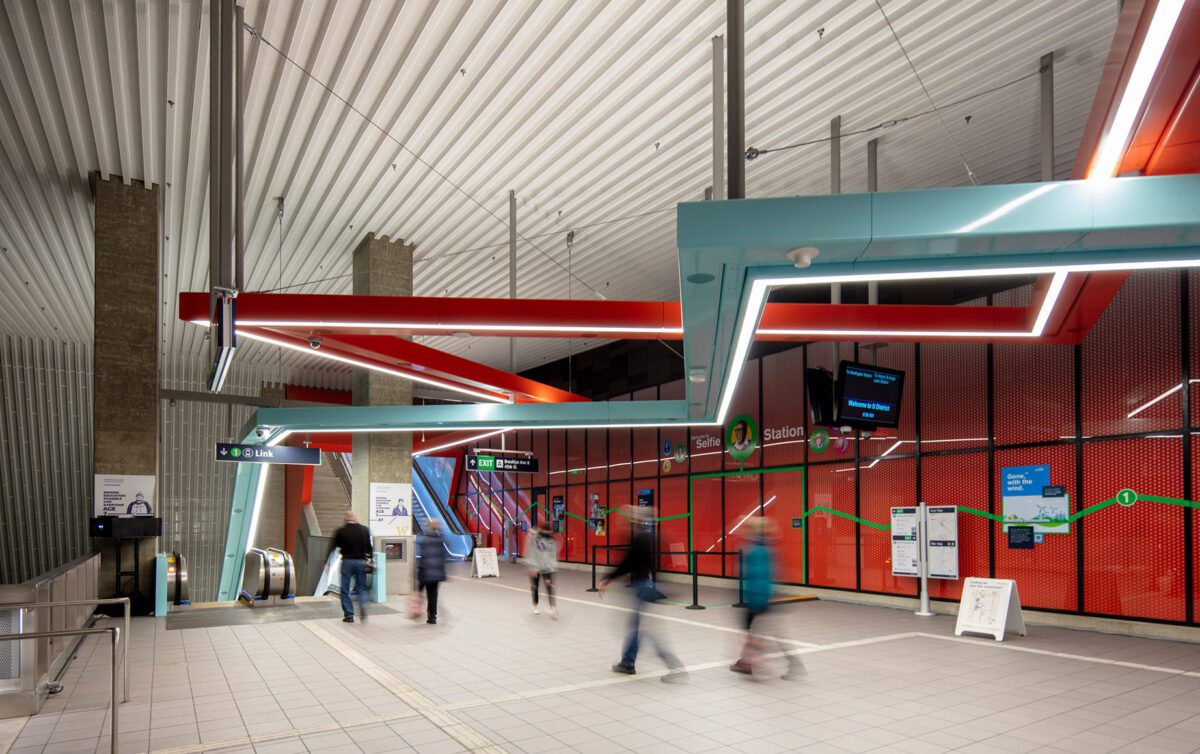 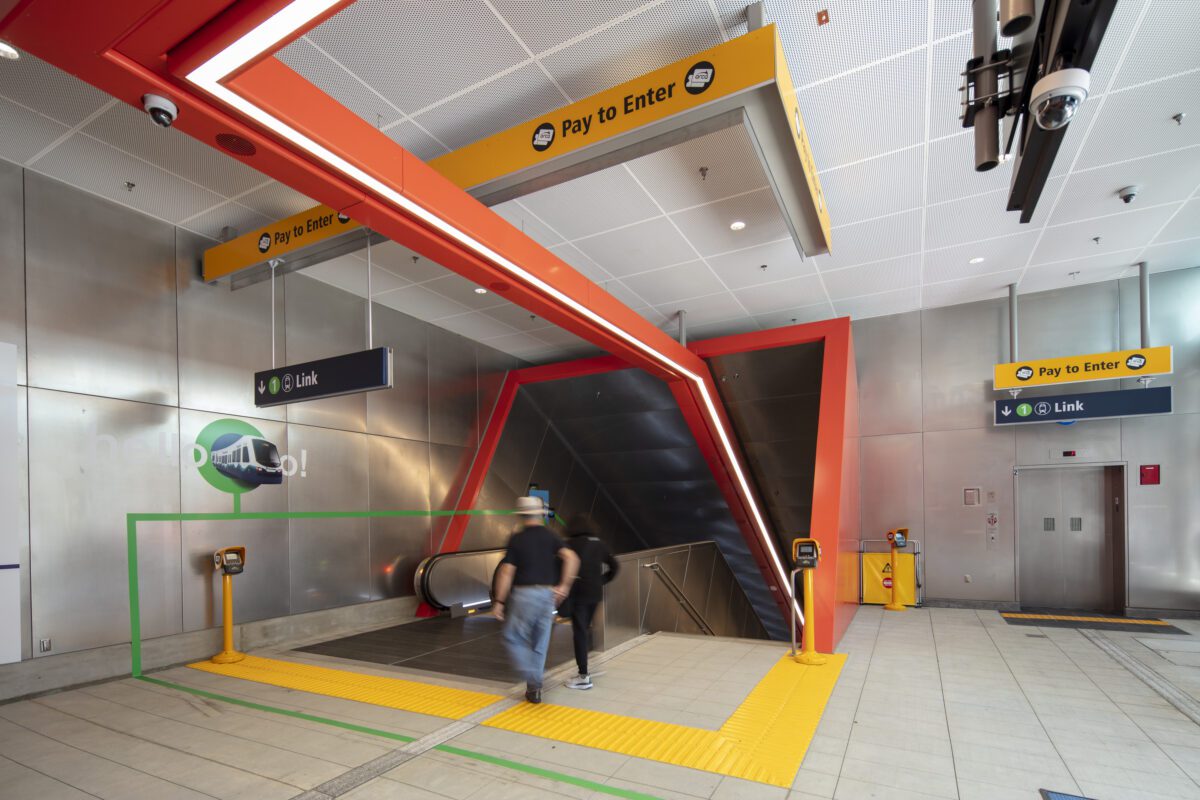 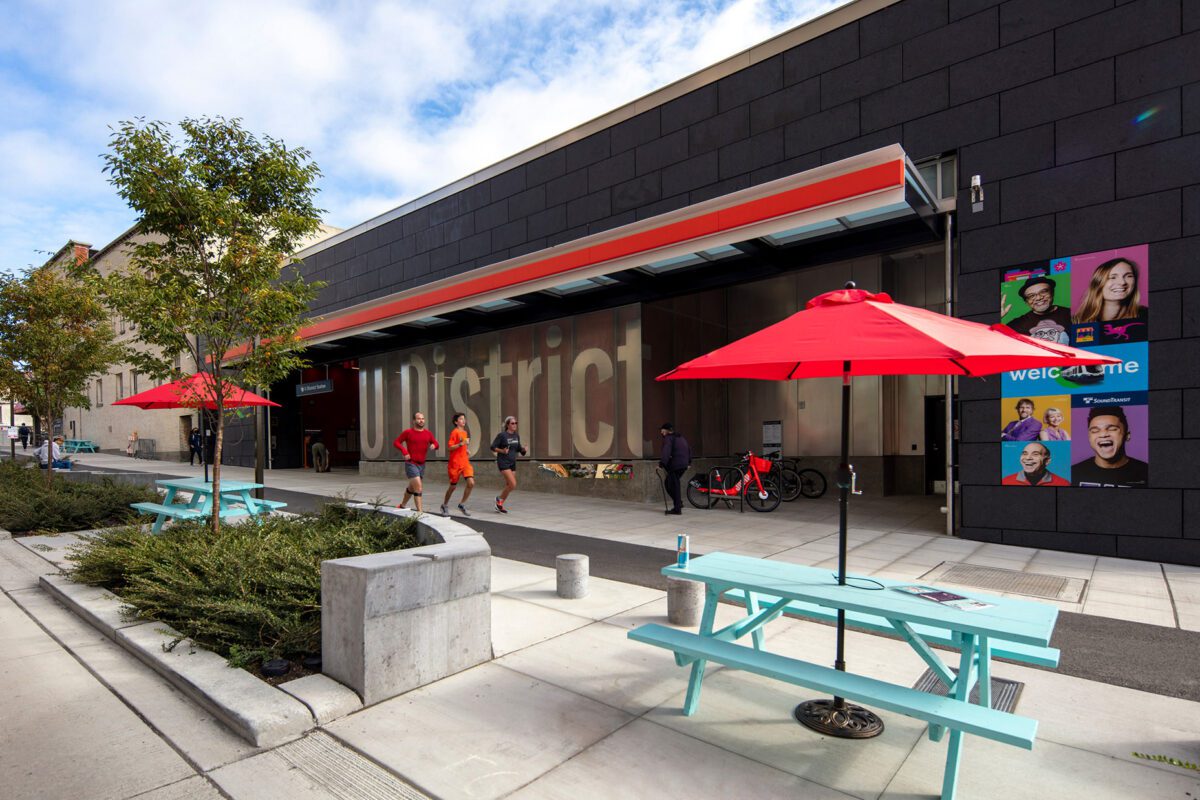 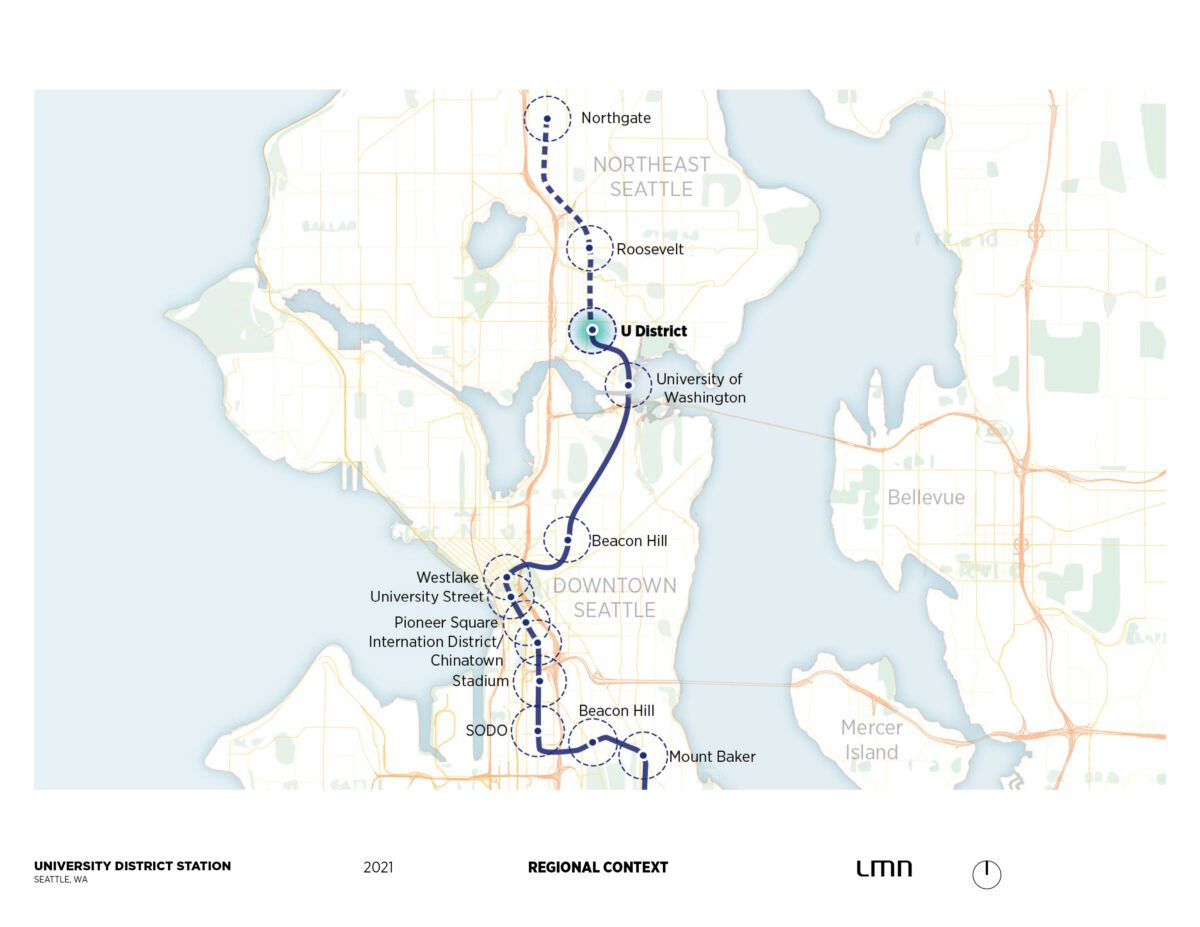 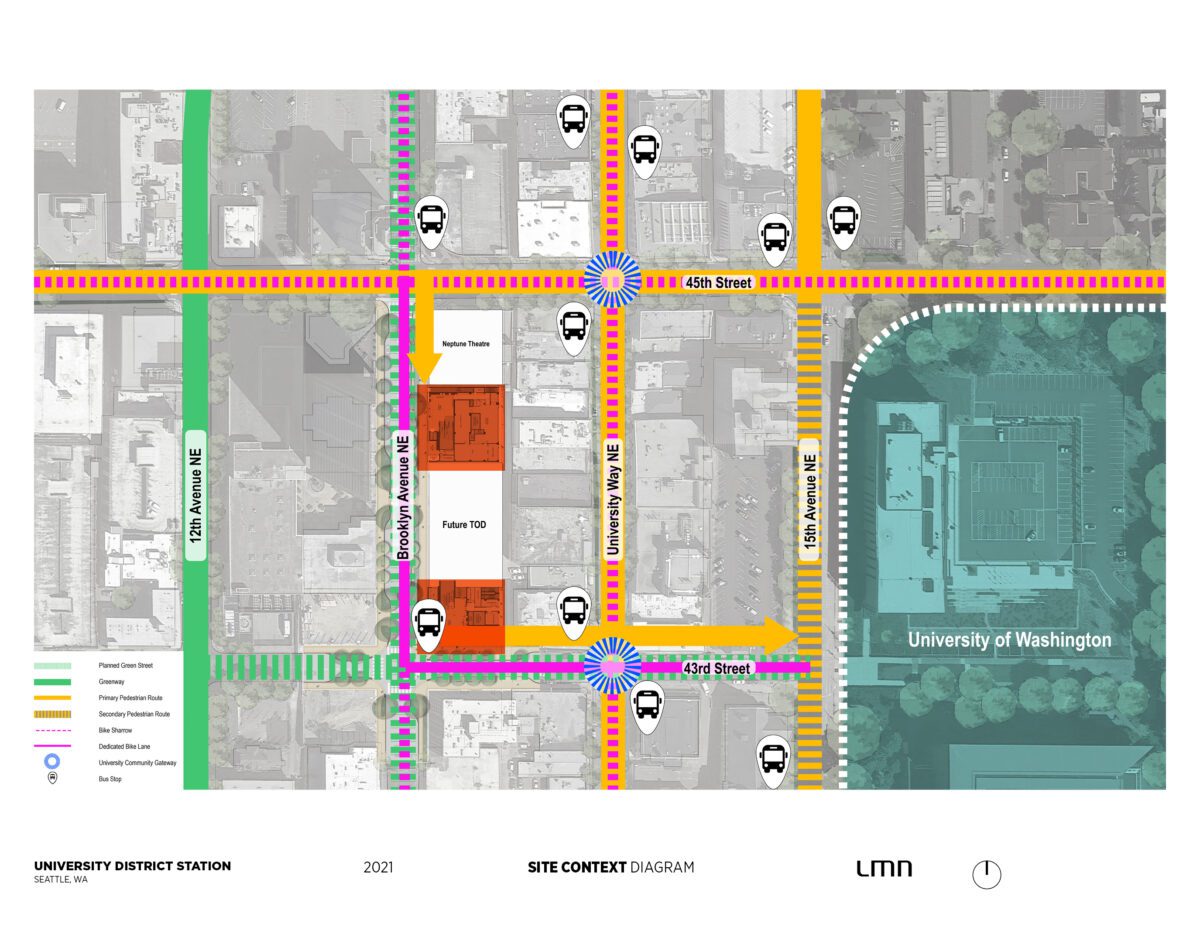 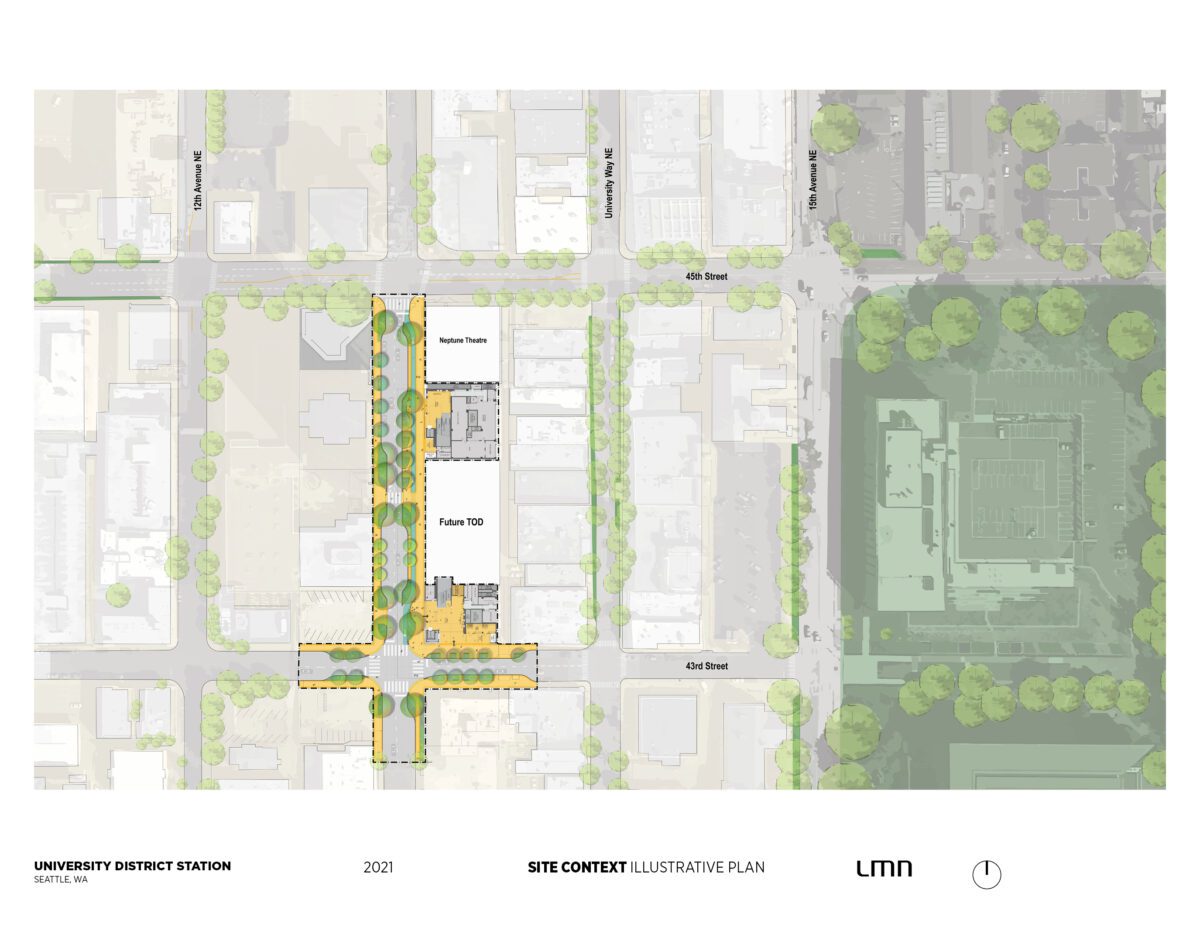 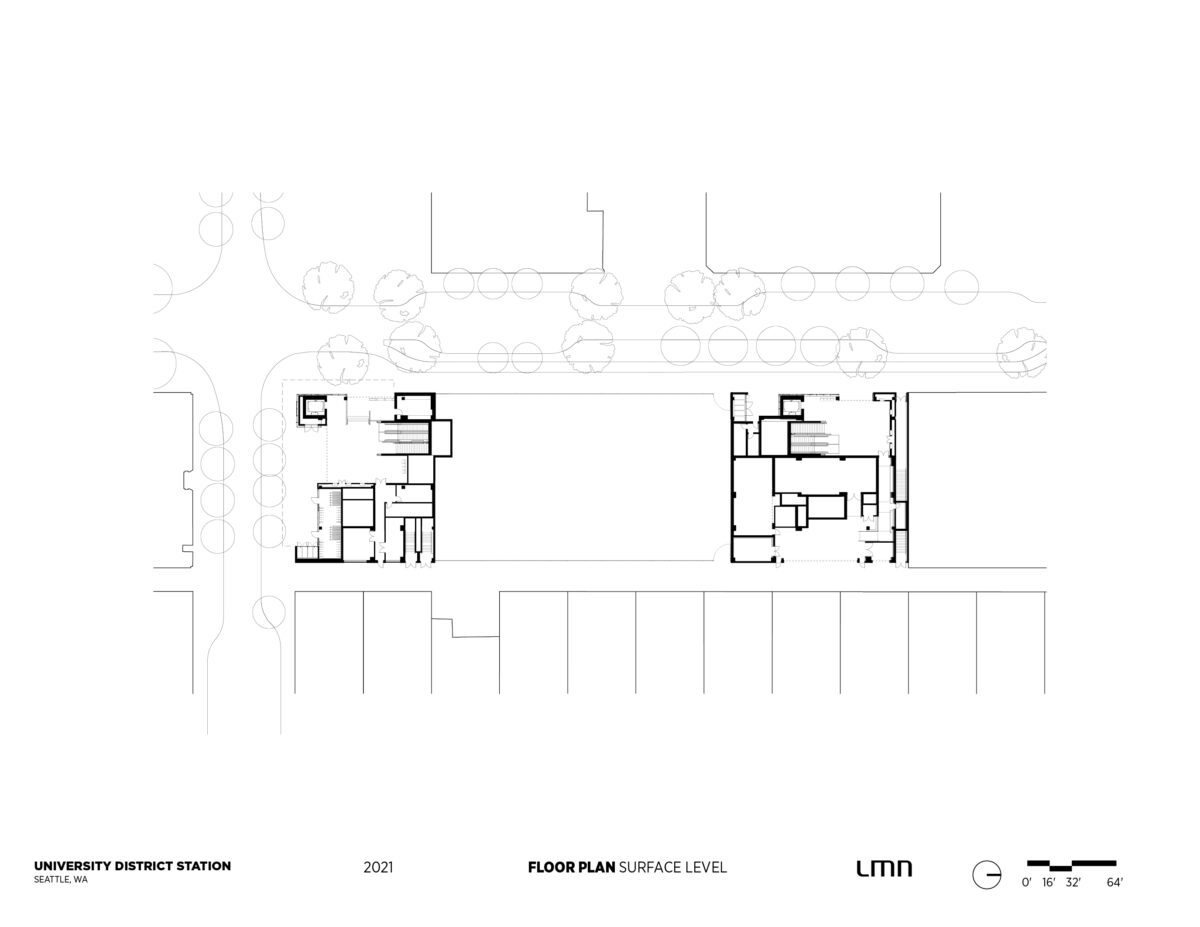 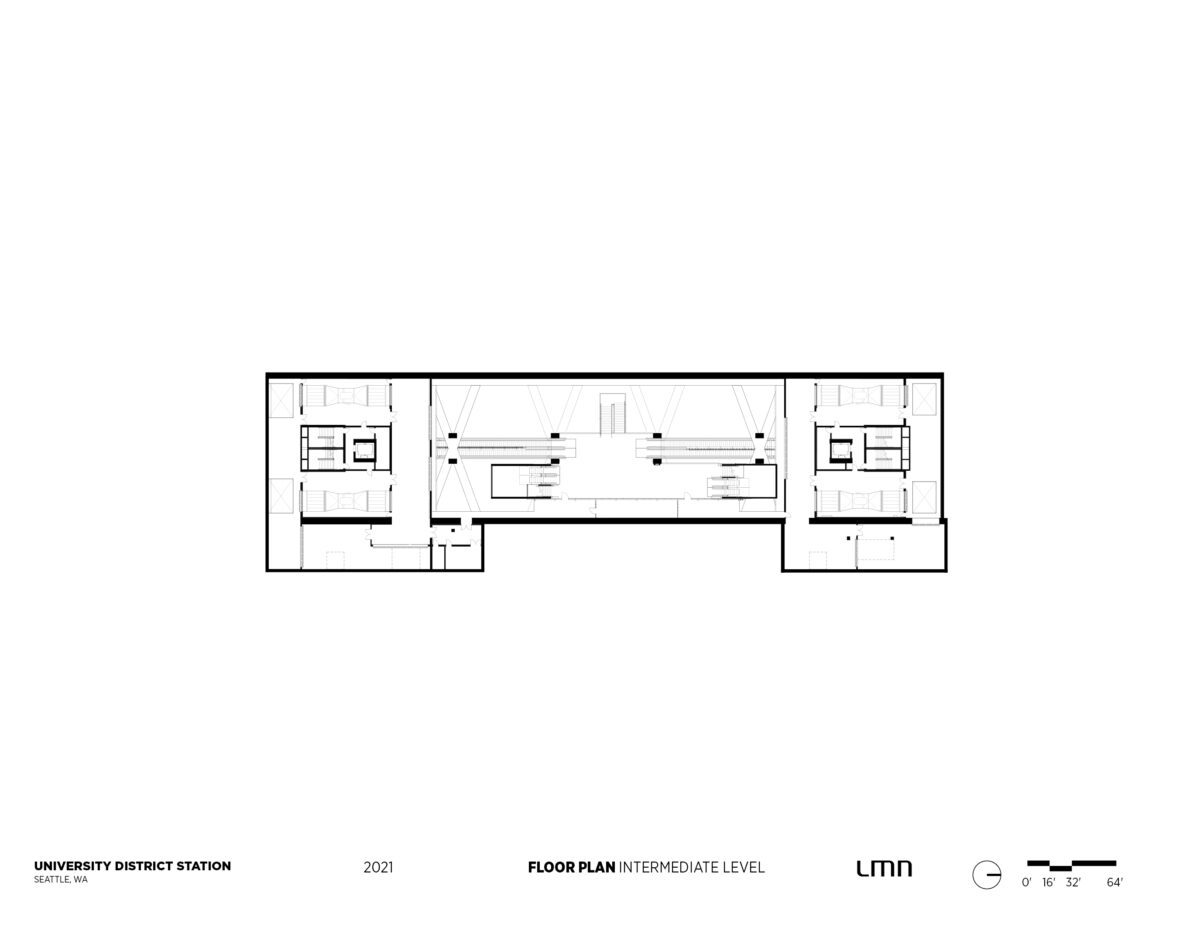 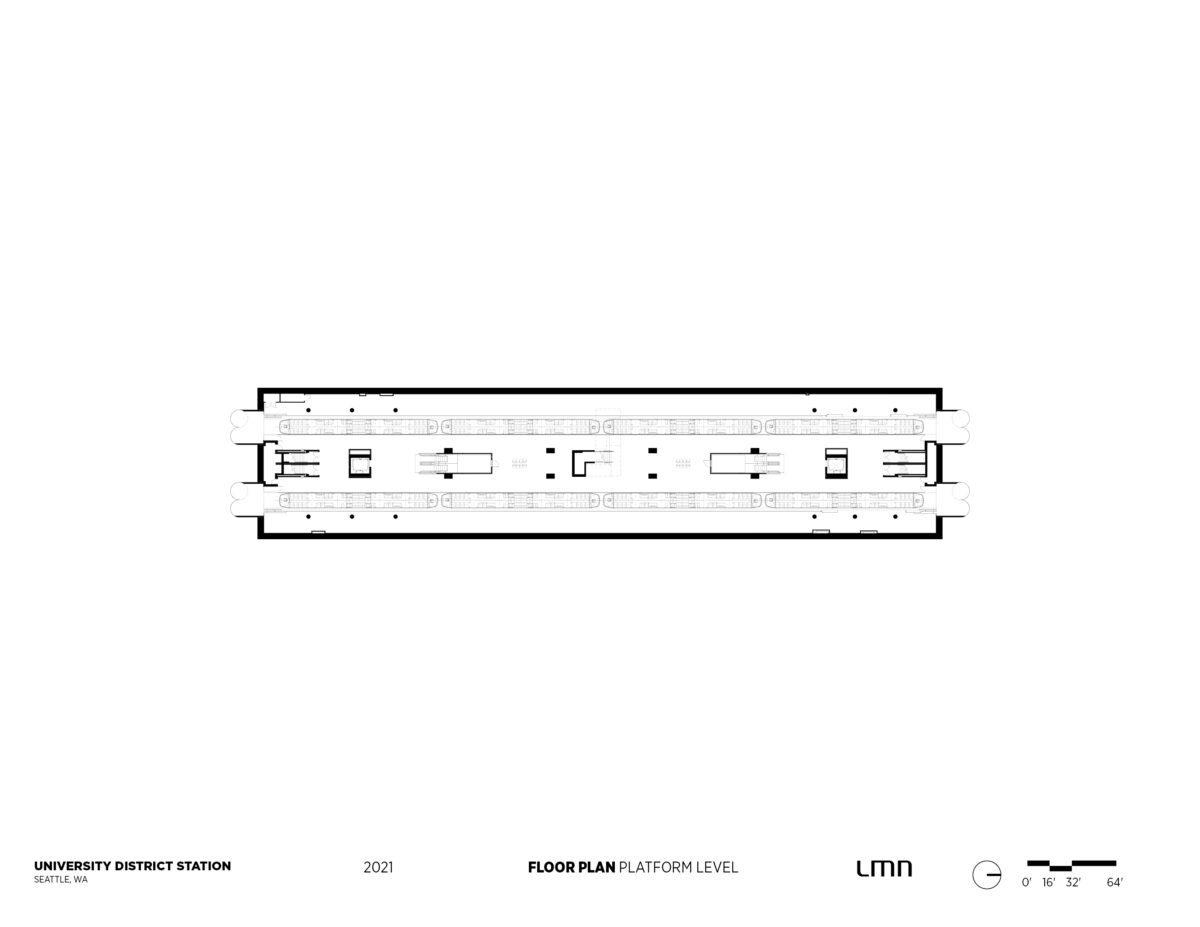 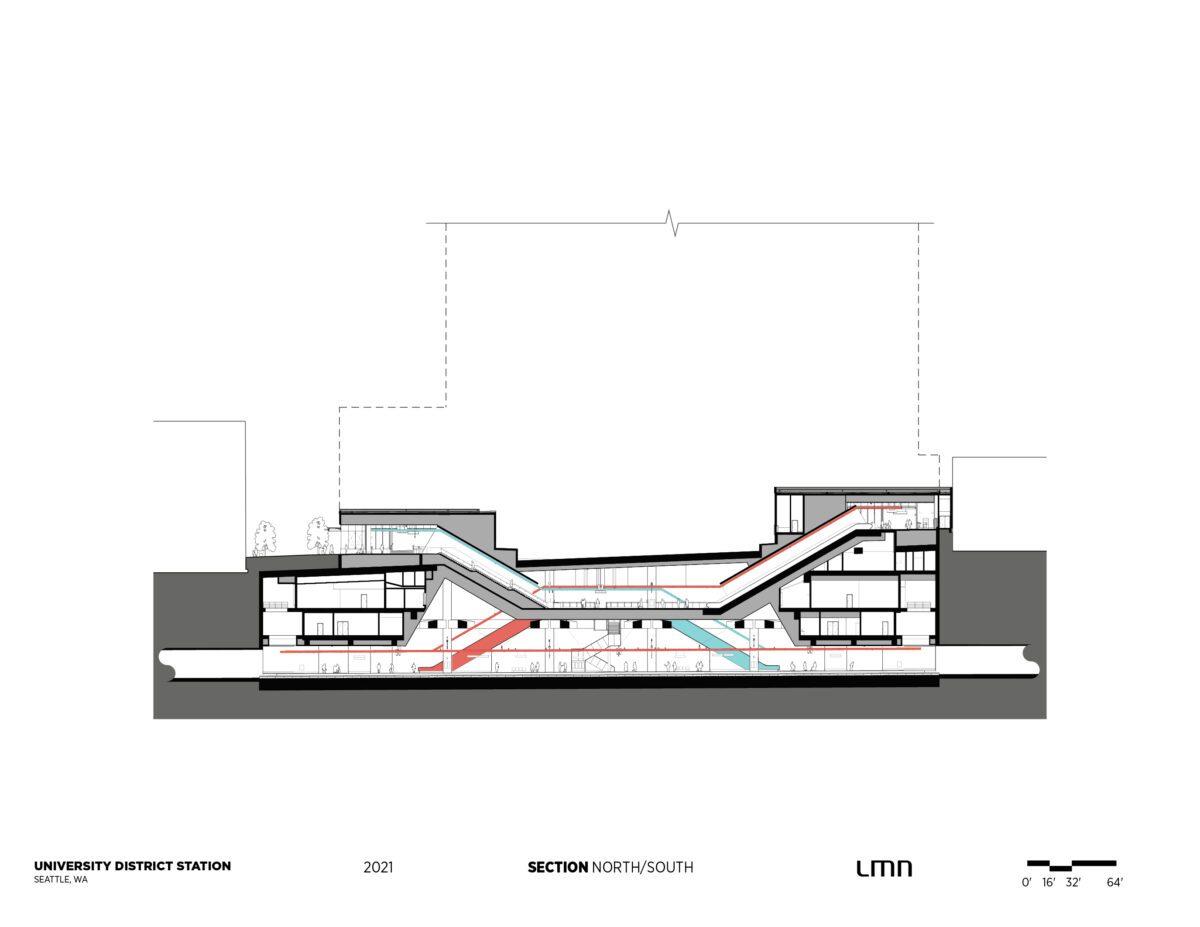 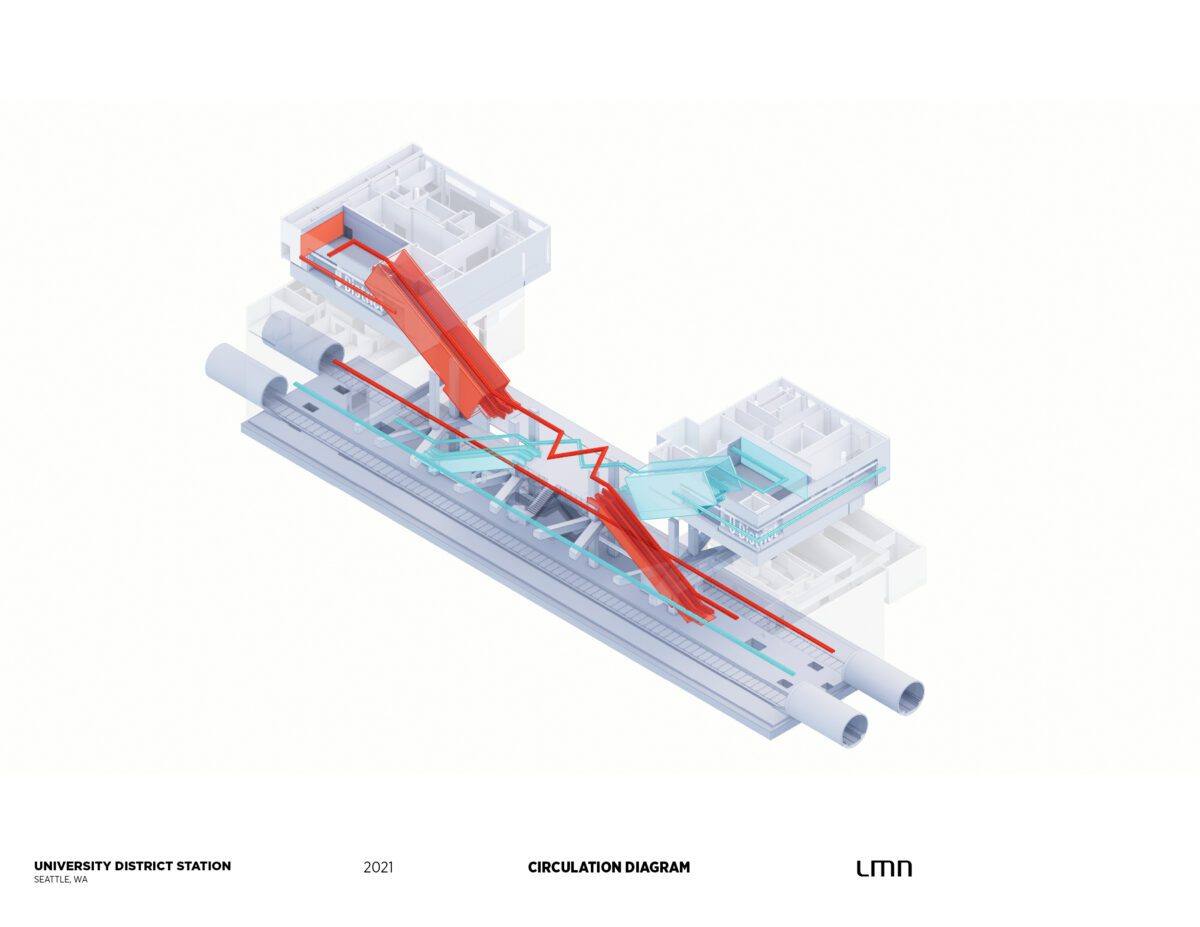 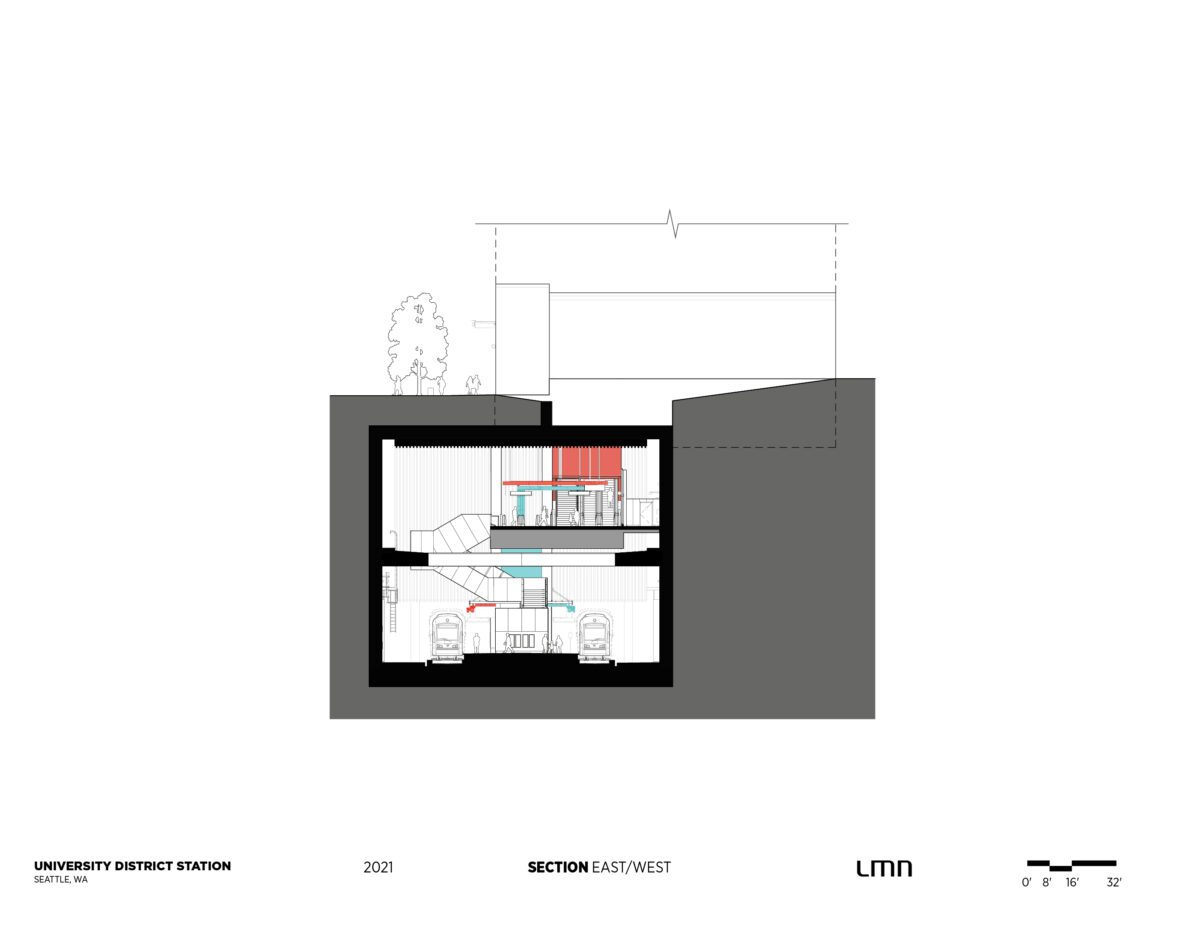 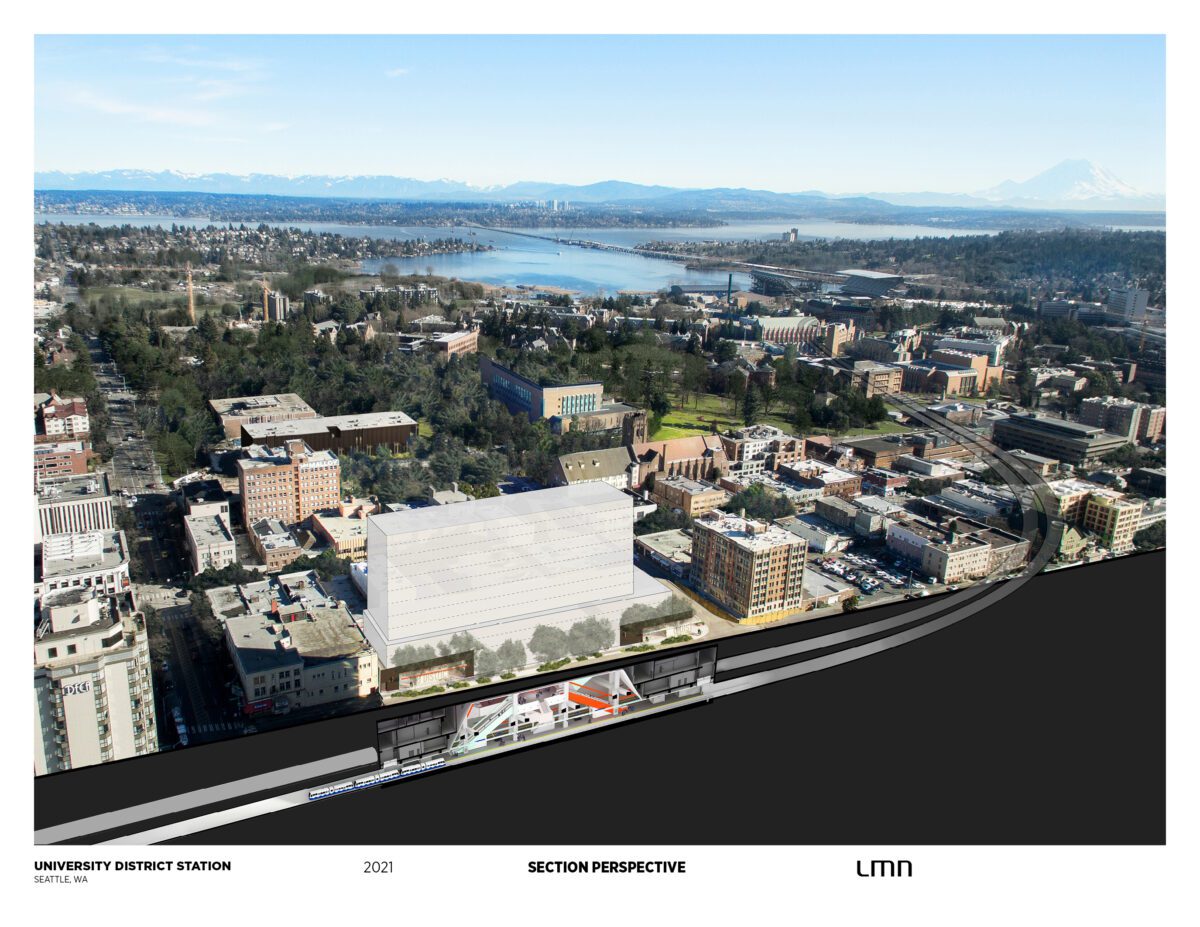 Will the Opening of the Light Rail Station Herald a New Era for the University District? Daily Journal of Commerce, 10/01/2021

New U District Light-rail Station Reorders How People Move Through the Neighborhood The Seattle Times, 9/29/2021