Last week LMNts traveled to Los Angeles for ACADIA 2014, the leading conference devoted to advanced computational design in architecture.  While we did not prepare any papers or lead any workshops this year, we were excited to participate in the marathon 3-day workshop session, and attended a number of great presentations across a wide spectrum of topics, all related to emerging design technologies. Below, some of the highlights.

The week kicked off with three full days of workshops. Building on his skills in digital fabrication, Scott Crawford chose to participate in the robotic arm workshop, “Production-Immanent Design,” led by Sigrid Brell-Cokcan & Johannes Braumann of Robots in Architecture. Historically used on automotive production lines, these 6-axis arms are making their way into design research, as students and designers discover novel uses for the robotic arms, from sculpting clay blocks, to wire-cutting foam, to algorithm-driven drawing.

The workshop focused on KUKA|prc, an add-on for Grasshopper that creates control files for a variety of KUKA robot arms.  The examples were really well put together and easy to follow.  The workshop moved from drawing with the robot to later holding foam with the arm and working it against a hot wire.  The tool programming got a bit more difficult when we tried to come up with our own projects and control files.  It quickly became apparent that programming 6 axes requires even tighter control of geometry compared to a 3 axis machine.  Sigrid and Johannes did a great job of bringing the 10 workshop participants up to speed in that short period of time.

Meanwhile, Evan Chakroff joined “Design Agency” led by Marc Fornes of The Very Many and Steve Baer of McNeel. While the workshop was advertised with no description, it quickly became clear that the session would be a ‘deep dive’ into RhinoPython, focused on the basics of the Python programming language, and on the specifics of its implementation in the Rhino and Grasshopper environments. Though primarily a practical tutorial session, one aspect of the pedagogical approach was a focus on RhinoCommon and on efficient, optimized code. By optimizing code, one opens up the possibility to generate many, many more iterations of any given design, and an efficient block of code does have a sort of spare beauty itself.

As a practical session, much knowledge was absorbed, but very little was produced in terms of flashy imagery. The main takeaway here was the ease-of-use of the Python language and the speed involved with referencing RhinoCommon directly.

Following the workshop sessions, Marc Fornes kicked off the conference-proper with a great keynote lecture in which he sped through his portfolio – ten years of The Very Many – with a focus on the challenges associated with building and fabricating his digitally-focused work.

The following three days of presentations were structured loosely around this years’ theme “Design Agency” with the subtext that by embracing digital technologies, architects can regain some of their historical power in design and construction. These sessions were roughly split between fabrication projects and examples of how programming and scripting can be utilized in architectural design. The best of these married the two, and showcased projects that utilized digital design and fabrication in a productive feedback loop.

Each day of presentations was capped by a keynote lecture. Will Wright, designer of SimCity, The Sims, and Spore, gave a wide-ranging presentation with a futurist bent, covering topics from video games and simulation to the proliferating intersections between our digital and physical worlds.

Zaha Hadid, needs no introduction, but was nonetheless preceded in USC’s Bovard Auditorium by both Qingyun Ma, dean of USC’s School of Architecture (and founder of architectural firm MADA s.p.a.m.), and Dr David Gerber, assistant professor of architecture at USC, one of the prime organizers of this year’s ACADIA conference. Ms. Hadid gave a fairly straightforward talk, showing selections from her portfolio spanning four decades of work, leavened with witty asides and anecdotes. Seeing the work develop over time in this way, it became increasingly clear the influence that digital technology has had on Ms. Hadid’s work, and that it has enabled her to bring to fruition ideas formed years before.

(Closing out the conference was a lecture by Casey Reas, creator of Processing.org, which we unfortunately missed).

Finally, we had a chance to visit the associated exhibition, where a number of projects were presented at various scales, from tiny 3D-printed objects to full-scale mockups. Though fairly limited in scope, the exhibition was a key component of the conference, demonstrating how some of the wild ideas presented could be translated into physical reality. 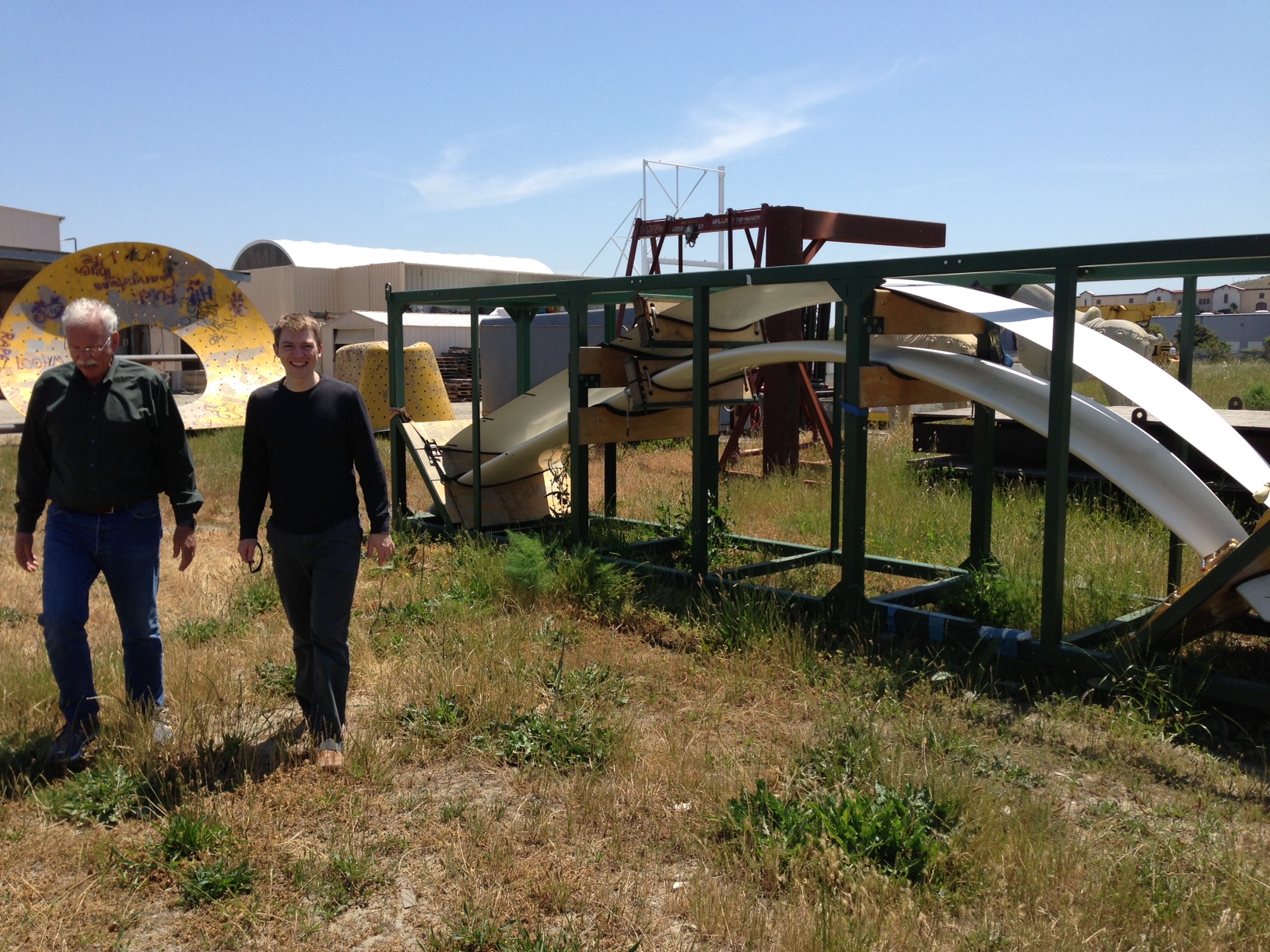